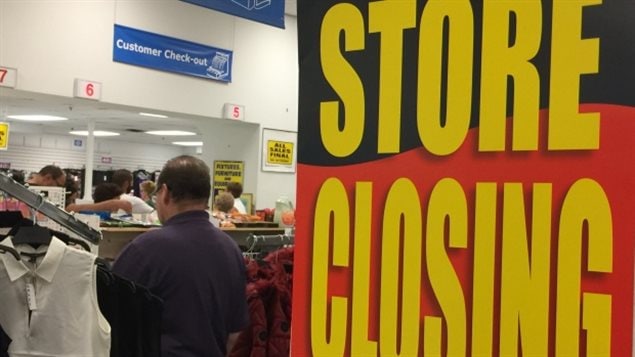 Canadian retailers must adapt to technological change and online shopping if they want to survive.
Photo Credit: CBC

As retailers across Canada cross their fingers that heightened sales today, Boxing Day, will give them a leg up into 2018, many will also be looking back at a year they would just as soon forget.

“I think the point is that Canadian retail needs a real wake-up call about what’s coming in 2018 and in the future, based on what we are seeing today,” says Willy Kruh, global chair for consumer and retail practice at KPMG, the global network of profession firms that provide audit, tax and advisory services to businesses.

In an interview with the CBC’s Meegan Read, Kruh cited statistics in the United States that show more firms closed last year (8,500 to 9,000) than any time in U.S. history, despite the fact that consumer confidence, the stock market and home prices are high.

“So there is a lesson there, and there is something to be seen by that,” Kruh told Read. “It’s not a coincidence and similar things are happening in Canada.”

Like retailers in many other countries, Canadian businesses must grapple with changing demographics and technologies as well as growing online consumerism.

Bruce Winder, co-founder and partner of Retail Advisors Network, says online shopping is adversely affecting bricks-and-mortar retailers in the U.S. that are weak financially or strategically or have failed to adapt to new realities.

“This has been happening for a few years but we are now at a tipping point where larger, well-known chains are being impacted,” he says.

Canada is already being impacted.

After struggling with sales for years, Sears Canada went under court protection in June and began the process of liquidating its remaining stores in October after failing to find a buyer.

In June, the Hudson’s Bay Co. long a Canadian department store mainstay, announced it was restructuring and cutting 2,000 jobs.