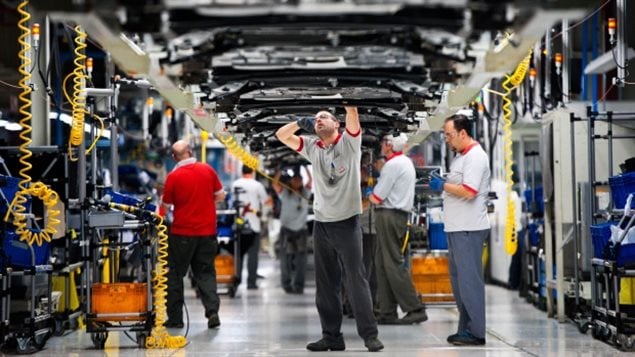 The unemployment rate fell to its lowest level in more than 40 years as the Canadian economy closed out a calendar year by pumping out 78,600 jobs, including 23,700 full-time jobs.

That brought Canada’s unemployment rate to 5.7 per cent in December, down from 5.9 per cent the month before, to reach its lowest mark since comparable data became available in 1976.

“The books closed on a phenomenal year for Canadian employment with another spectacular result for December,” CIBC economist Nick Exarhos wrote in a brief report.

“In our judgement, that should be enough to see the Bank of Canada hike rates later this month, with the employment figures more than enough to offset recent disappointments on GDP.”

December’s numbers bring a close to the data for 2017 as a whole, which ended up being Canada’s best year for jobs since 2002, with the economy adding 422,500 jobs last year with the gains driven by 394,200 new full-time positions.

“Add in a rebound in wages to average wage growth of 2.6 per cent in the last trimester of the year, and there are some solid reasons to be sanguine on the prospects for consumer spending in 2018,” Exarhos said.

“The sector breakdown should also give reason for optimism from the Bank of Canada, keen to see a rotation away from housing and consumption in the Canadian economy.”