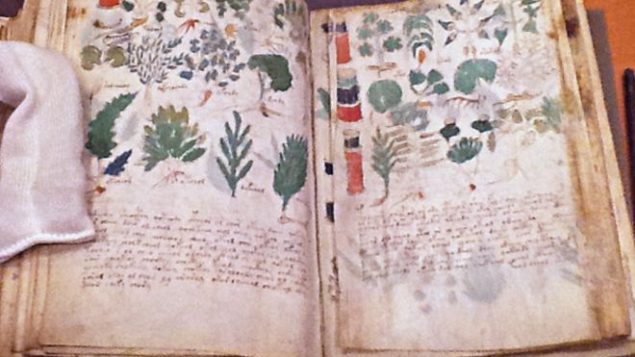 Known as the "Voynich Manuscript" a 15th century book written in some kind of code has stumped scholars for over 100 years. PHOTO: Beinecke Rare Book & Manuscript Library, Yale University

It is most certainly intriguing.

In 1912, a Polish antique book dealer Wilfrid Voynich found a 240 page manuscript amongst a lot of old books he purchased in Italy. 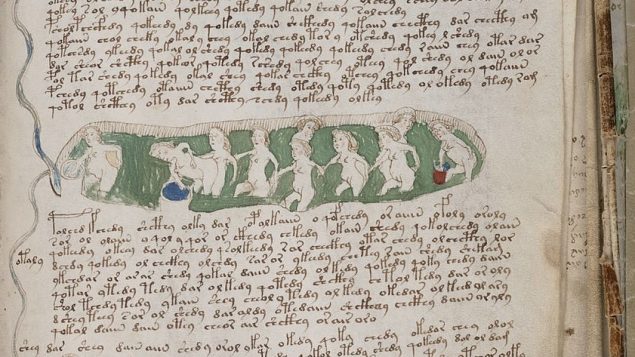 However, while heavily illustrated with plants and naked women, and symbols it was indescipherable. 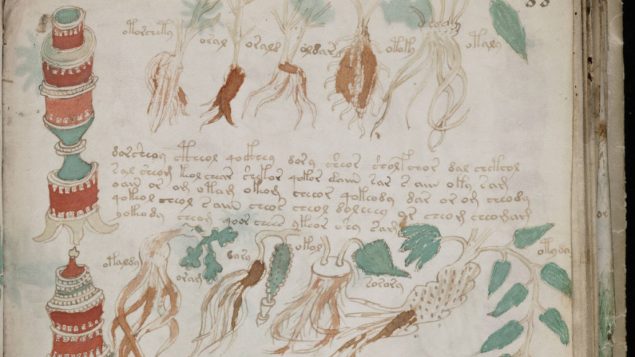 To some scholars it seems to be dealing with possible herbal remedies PHOTO:Beinecke Rare Book & Manuscript Library, Yale University (

Now carbon-dated to the 1400’s and thought to be some kind of herbal remedy book, no-one has been able to understand it.

Others have suggested it is split into themes of biology, astrology, pharmacology, herbs, and even recipes.

But in spite of concerted efforts by many scholars and scientists in a variety of fields and in several countries, all efforts to unravel any of its mysteries have been unsuccessful 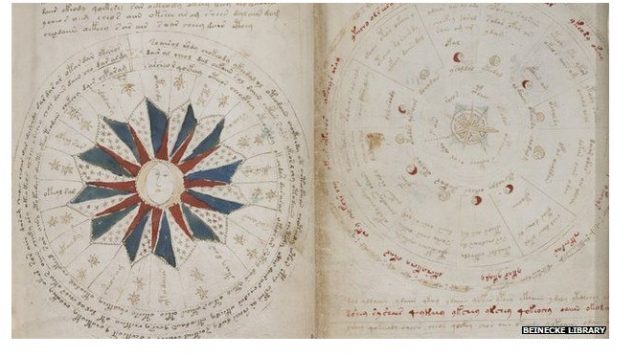 The mysterious book might also deal with astrology, and other things, but no-one so far is completely certain. PHOTO:Beinecke Rare Book & Manuscript Library, Yale University (

Second world war code breakers tried to break its code, but couldn’t make much headway either.

Now a computer science professor at the University of Alberta using an artificial intelligence programme has made at least some headway.

Professor Greg Kondrak (PhD) and a graduate student developed a programme to attempt to de-code the mysterious book.  They’ve managed to decipher the first sentence, maybe.