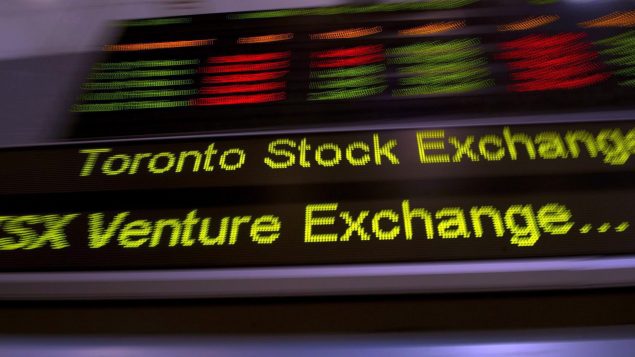 The TSX ticker is shown in Toronto. CP/Frank Gunn

Stock market drops and dives in the last week have people wondering what to do, if they haven’t sold already.

Jean Freed, a Montreal-based personal finance specialist and part-time faculty at Concordia University, says there are corrections, this is not unusual.

And when it comes to advising clients, she refers to the mug on her desk: “Keep calm and carry on”.

“Our real economy is doing well. The Canadian economy has seen a huge amount of job growth.”

As for the cause of this nosedive on North American stock markets, Freed says, while no one agrees, it was a confluence of events.

But profit-taking was probably one of the key causes, she suggests.

“I think programmed trading, profit-taking, probably some people started profit-taking and then you trip the parameters on these programs and they go wild.”

Freed says the change at the helm of the U.S. Federal Reserve which occurred last Friday, is a big move, but Janet Yellen stepping down and Jerome Powell stepping in, would not be cause for such a fierce reaction on the markets. 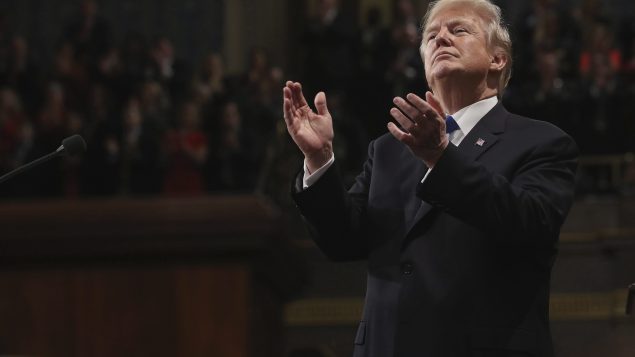 President Donald Trump claps at his first State of the Union address in the House chamber of the U.S. Capitol to a joint session of Congress, Jan. 30, 2018 in Washington. (Win McNamee/Pool via AP)

“We had a U.S. president last week, stand up and say that he needed a unifying event”

It was Donald Trump’s remark, however, during last week’s State of the Union address that has left Jean Freed most concerned.

“We had a U.S. president last week, stand up and say that he needed a unifying event, and I personally think that one is possibly not getting enough coverage because I think it may have set off the retail investors when they sat down and thought about that.”

For the short-term, the “unifying event” will be the Winter Olympics, which begin on Friday, and put both South Korea, and North Korea in the international spotlight.

Meanwhile in Canada, cannabis stocks, which had soared in early January, also dropped steadily in the last few weeks.

“I think it’s very, very difficult to pick the winners.”

The federal government and the provinces are preparing for the legalization of  cannabis in July, and the industry is getting organized for the debut.

“All I can see is that demand is going to at least remain stable, probably go up, and I think there’s a terrific amount of money to be made there, having said that, I think when you’re in this kind of an initial period, with a product that’s newly legalized, I think it’s very, very difficult to pick the winners.”

As for the Bitcoin drama, Freed says, “I have absolutely no idea where Bitcoin will be in a year, but I absolutely know what a bubble looks like.”

That’s been her standard response to queries over the past year, but Freed says the demand for cryptocurrencies will remain, as they’re extremely good at hiding money and laundering money.

Asked what the trickle-down effect of all of these developments on house prices in Canada’s big cities may be, Freed points to different issues; the challenge of foreign money.

“As a Canadian taxpayer it does annoy me, that a great number of these foreign trades are not being taxed.”

Freed says it’s time for stricter foreign-buyer regulations to allow Canadians access to housing in their own cities, Vancouver and Toronto being the worst examples currently.