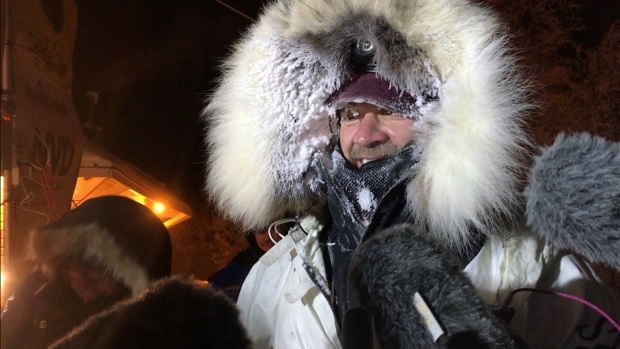 Yukon Quest- man and dog against time and the Arctic cold

It is one of the world’s greatest annual endurance challenges for man and dog.

The annual Yukon Quest dog sled race  is now roughly at the half-way point in the annual 1,600km race which stretches from Fairbanks Alaska, to Whitehorse, Yukon where it ends this year. The start and end points alternate between the two cities each year. 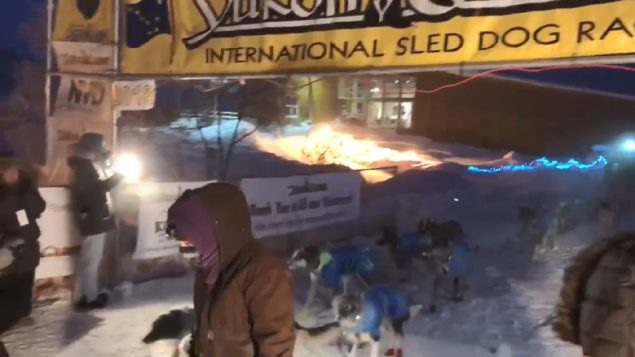 The first Canadian Ed Hopkins arrives in Dawson at 08:28 with temperature at -42 C. PHOTO- Philippe Morin-CBC

This year there were 26 “mushers” and dog teams which left Fairbanks on Feb 3.

Upon arrival at Dawson City Yukon, (roughly halfway) the mushers and teams must take a 36 hour pause to recover. Dog teams are also thoroughly checked by veterinarians to ensure their health and condition.

The temperature at Dawson was -39 Celsius when Moore arrived in the evening, and then got colder.

So far 8 teams have had to pull out for various reasons. Canadian Jason Campeau of Alberta had an undisclosed medical emergency and had to be airlifted from a remote location, and is now listed in stable condition. It may be related to a concussion he suffered during a fall earlier in the race.  His wife Jennifer, a rookie in the race, pulled out after arriving in Dawson City with her 14 dogs. 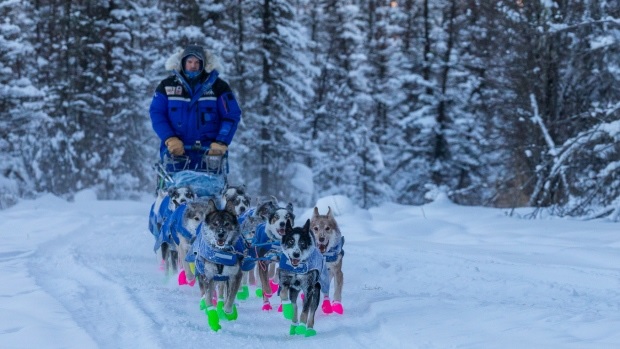 So far the leader is American Allen Moore. The top six at this point include two Americans, two Germans and two Canadians.