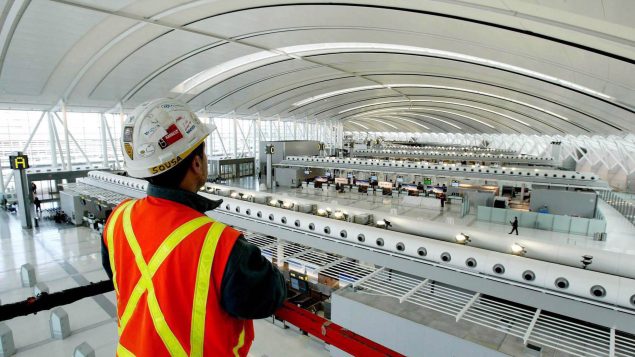 An Aecon employee looks over Toronto’s new airport terminal check-in on Dec. 2, 2003. The federal cabinet has told Aecon Group Inc. that it will take more time to complete a national security review of the proposed takeover of the Canadian construction company by a Chinese state-owned business. (Tobin Grimshaw/The Canadian Press)

The $1.5-billion takeover of Canadian construction company Aecon Group Inc. by a Chinese state-owned company has been pushed back, because the federal government needs more time to conduct a national security review of the sensitive deal, federal officials confirmed Monday.

The review will delay the completion of the takeover plan of Aecon by CCCC International Holding Limited (CCCI) to at least March 30, 2018, Aecon said in a press release Monday.

CCCC International, also known as CCCI, is the overseas investment and financing arm of China Communications Construction Company Ltd. (CCCC), one of the world’s largest engineering and construction groups. CCCC is 64-per-cent owned by the Chinese government.

“This is the next step in this specific case,” said in a statement a spokesperson for the office of Minister of Innovation, Science and Economic Development Navdeep Bains.

As soon as the federal government is notified by a Canadian company that there is a potential transaction involving a foreign state-owned company worth at least $373 million, it begins a 45-day net benefit review of the deal under the Investment Canada Act.

Simultaneously the government launches a national security review of the proposed takeover and can ask for more time in complex cases.

Aecon said it received notice from Bains’s office that the federal cabinet has ordered a continuation of the national security review under section 25.3 of the Investment Canada Act.

That section allows the government to order a review “for the purposes of determining whether there are reasonable grounds to believe that an investment by a non-Canadian could be injurious to national security.”

“We take this process very seriously. It is a rigorous process,” said Karl Sasseville, spokesperson for Bains.‎

“We follow the advice of those who actually have the information and intelligence necessary to make these determinations: our national security agencies. We will continue to do our diligence to review the potential national security ‎implications, as we have been doing since day one. We never have and we never will compromise on national security.” 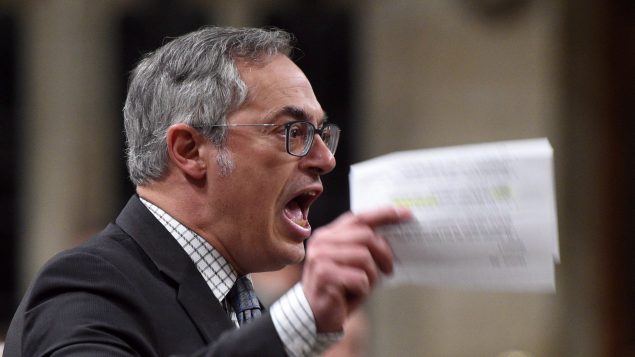 Last week, the opposition Conservative Party pushed the Liberal government for a formal national security review of the takeover.

“The Chinese company poised to take over Canadian construction giant Aecon is rampant with corruption and has just been blacklisted by Bangladesh for that very reason,” Conservative MP Tony Clement said in the House of Commons.

“We know Aecon has been awarded numerous sensitive Canadian government contracts, including working with our military and in the nuclear sector. When Bangladesh is sounding alarm bells, why is Canada staying silent and not calling for a full national-security review of the takeover of Aecon?” Clement said.

On Friday, Aecon CEO John Beck pushed back against some of the claims being made in the media and recited by experts and politicians.

While Aecon offers construction and refurbishment support to clients in the nuclear industry, the company does not own any intellectual property related to nuclear energy nor does it possess other sensitive proprietary technology, Beck said.

Aecon is also not building or involved in sensitive military installations, he said.

Beck also refuted allegations that the takeover will result in a Communist Party function being established in Canada within Aecon.

“This is incorrect,” Beck said. “The Party Committee function is a standard practice in China and will be based in Beijing. The purpose of this function is to advise the Board of CCCC on Chinese national strategic opportunities. Corporate decisions by CCCC and CCCI will continue to be made by their Board of Directors.”

The acquisition of Aecon by the Chinese firm has already received the approval of Aecon shareholders, and has been cleared by a court in Ontario and Canada’s competition regulator.

Aecon said the deal only needs clearance under the Investment Canada Act and some normal closing conditions.

The 140-year-old company has worked on several Canadian landmarks including the CN Tower, Vancouver’s SkyTrain and the Halifax Shipyard.

CCCI is not without controversy. The World Bank banned it from bidding on construction projects for eight years until January 2017 due to a bid-rigging scandal in the Philippines.

The state-owned company has also been linked to the construction of artificial islands in the South China Sea, which has created high tension between China and several Asian countries.

In Bangladesh, another subsidiary of CCCC is reported to have been blocked from government contracts over allegations of offering bribes to officials.