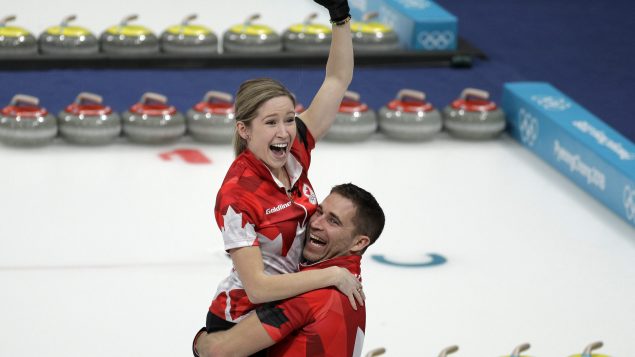 Lawes and Morris defeated the reigning world champions from Switzerland 10-3 at the Gangneung Curling Centre in South Korea to win the top spot.

“This is for everyone back home [in Canada] that’s always been supportive. It just feels so great,” Morris added after securing Canada’s third gold medal of the Games and eighth overall. “We [Canada] are having such a great Games, and to give us a boost like this with another gold, it just feels awesome to be a part of that team.” 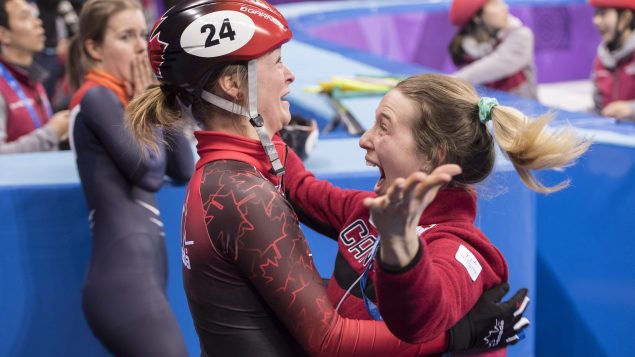 Canada’s Kim Boutin is hugged by teammate Marianne St-Gelias after finding out she has won the bronze medal in the women’s 500-metre short-track speedskating final at the Pyeonchang Winter Olympics Tuesday, February 13, 2018 in Gangneung, South Korea. (Paul Chiasson/THE CANADIAN PRESS)

Boutin, who had finished fourth in the 500-metre race, was bumped into the third place after judges disqualified South Korean speedskater Minjeong Choi for interfering with Italy’s Arianna Fontana.

“It’s just unbelievable right now,” she told the CBC after the race. “I don’t really believe what happened.”

Competing at her fourth Olympics, Gough, 30, finished with a combined four-run time of 3:05.64 seconds. 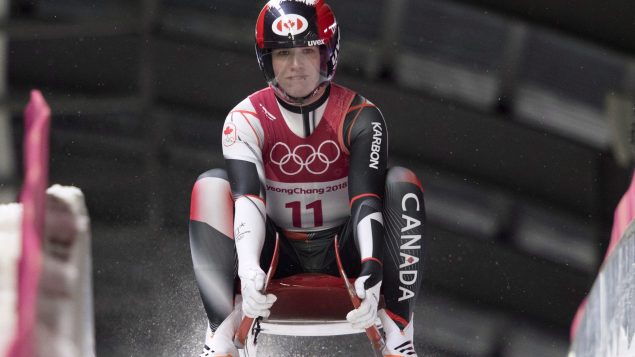 Gough was in third place after Monday night’s first two runs with a combined time of 1:32.645, which put her just 0.191 seconds behind Geisenberger at the Olympic Sliding Centre in the South Korean mountains.

The Calgary native maintained her position through Tuesday’s third run of 46.425 seconds, 0.336 seconds behind Geisenberger.