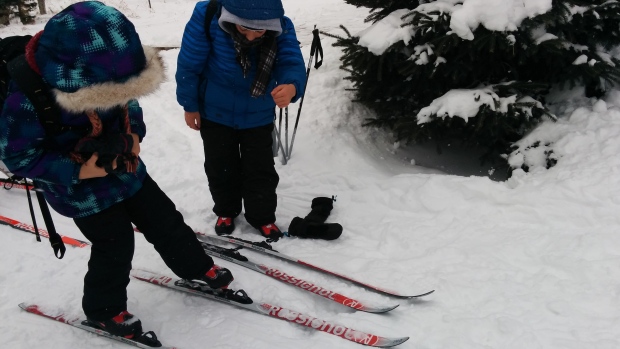 Newly-arrived Syrian children were offered cross-country ski lessons by the Nakkertok Nordic Club. The club is involved in initiatives to promote the sport including this year’s event in Ottawa. (Christine Maki/CBC)

Winter can be very long depending on where you live in Canada, but if you embrace it and engage in outdoor activities, it can be quite enjoyable. Many Canadians do not and spend the season grumbling and trying to escape indoors. 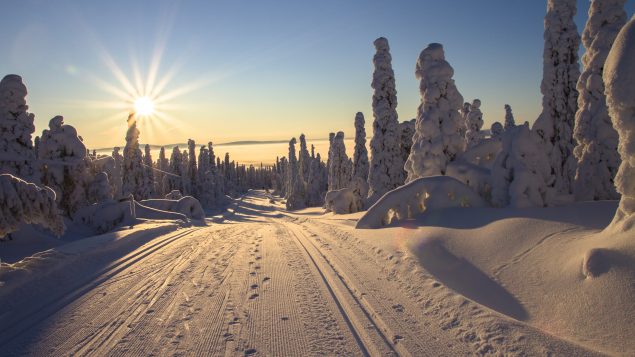 Cross-country ski tracks are set down by machine.

In a bid to change that, former champion skier and now senator, Nancy Greene Raine is holding her third annual cross-country ski event on the grounds outside of Canada’s Parliament buildings tomorrow, Feb. 14, 2018. The event also promotes National Health and Fitness Day.

A ski track will be groomed using the same equipment that sets a new trail along the Ottawa River.  Ski equipment will be provided to anyone who asks by the Nakkertok Nordic Club and XC Ski Fast.

The event reflects programs that offer coaching and set cross-country ski tracks in schoolyards across the country to introduce children to the sport.

MPs and others invited to ski