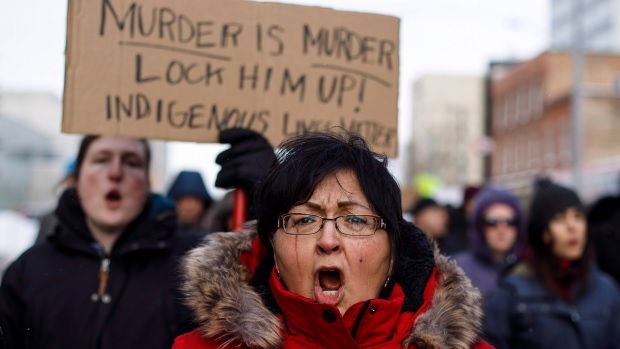 (respectful public commenting is open at very bottom of page)

The trial involved a second-degree murder charge against a farmer who shot and killed an intruder on his farm.

Most people feel the case would not have attracted widespread attention but for the fact the farmer Gerald Stanley was white, the 22-year-old dead man, Colten Boushie was Indigenous.

The rural Saskatchewan farmer said  he had no intention of harming anyone, He said after firing warning shots with an old Russian pistol to scare the intruders, it went off accidentally while he was reaching into the victim’s small truck to turn off the engine. The bullet struck Boushie in the head, killing him. 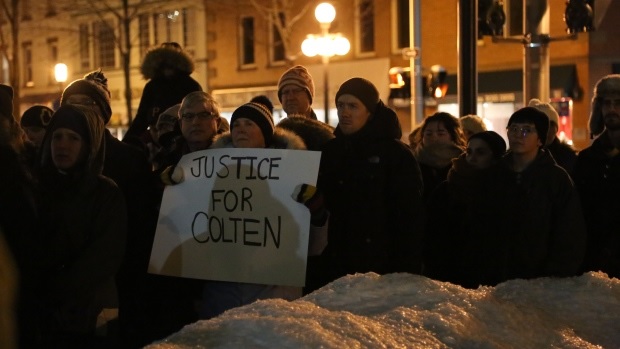 Over 100 people turned out for an evening vigil for Colten Boushie on Monday, one of dozens of rallies acros Canada claiming justice was not served by the acquittal. PHOTO: Nathalie Sturgeon/CBC

The five Indigenous people in the truck admitted in court they had been drinking heavily that day and had broken into a vehicle on another farm before driving to Stanley’s farm allegedly to ask for help with a flat tire.

However once there, one man climbed onto a small all-terrain vehicle and started it, another got into a parked truck. Stanley said he though they were stealing the vehicles.

When Stanley and his son started yelling, the group attempted to flee in their truck but hit another parked vehicle, stalled and that’s when the tragedy occurred.

A jury trial heard the evidence and returned a not guilty verdict which has resulted in bitter anger by Indigenous groups across the country in protests which have received widespread media attention.

Boushie’s family and Indigenous leaders met with local, provincial and federal politicians and are meeting with the Prime Minister today.

Both the Prime Minister and Justice Minister have been criticised for tweets and public comments which have been construed as inciting distrust in the judicial process.

Now Saskatchewan farmers, who have not been heard from, are beginning to speak up.

Even before the Boushie tragedy in 2016, rural Saskatchewan farmers had been complaining of increased incidents of theft, and saying more police are needed. 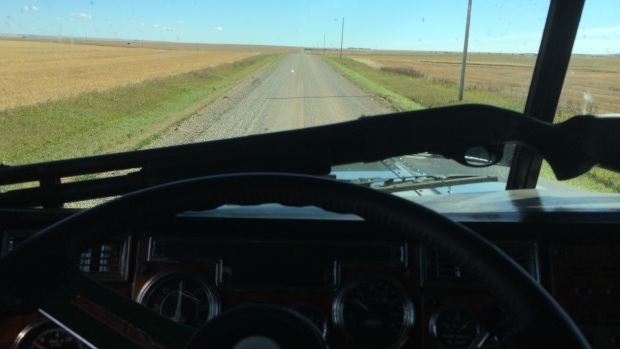 The Saskatchewan Association of Rural Municipalities had asked the federal government to expand rights and justification for self-defence and defence of family and property, Something the government and police have denied.

Nonetheless, many farmer had begun carrying guns aboard farm equipment and vehicles saying now, that the tragedy on the Stanley farm could have happened to them.   Some time ago a Facebook page was started called, Farmers with Firearms.

Meanwhile the heated debate continues with both Indigenous and “whites” claiming they are now subject to a marked increase in racial slurs and other incidents.

Many have said they face threats and don’t feel safe. At least one is quoted by the Canadian Press saying, “We have a problem here. It’s not a race problem. It’s a criminal problem”.

Meantime, Indigenous groups are demanding an appeal. Both sides have started Go Fund me campaigns to cover current and potential future legal costs. The one for the Boushie side has raised about $140, 000.

There has been an attempt to shut down the go fund me campaign for the Stanley side which has also raised about the same amount.

The demand to close the Stanley funding was dismissed by the company saying it didn’t violate the company terms.