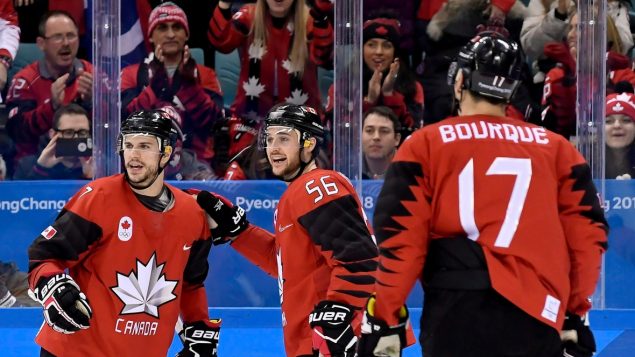 Rene Bourque, right, is one of Canada’s Olympic hockey players who has a name that looks French but who himself, pronounces it in an English way. (Nathan Denette/The Canadian Press/Feb. 18, 2018)

Outrage in Canada over pronunciation of names at Olympics

The uproar over the pronunciation of the names of some of Canada’s hockey players at the Olympics speaks volumes about English French language tensions in this country. High-level politicians expressed outrage that a play-by-play announcer was told that some of the names which are written in French should be pronounced in English.

In order to understand this, one has to know that last century there was deep fear in the predominantly French-speaking province of Quebec that the language would be lost in the surrounding sea of English-speakers. In 1976, a nationalist political party was elected in the province which went on to pass a strict and controversial law to protect the language. (This government went on to advocate for the separation of the province from Canada and lost two referendums on the issue, one of them, by a hair.)

Language is a sensitive issue

So, there is great sensitivity on the language issue. (Officially, Canada is bilingual. Services and documents are made available in English and French and there is a special commissioner dedicated to protecting and promoting the use of both languages.)

Then, one also has to understand  that there are many people in Canada and in the United States who have roots in Quebec but have since moved away. Often they have French names but, because they live in an English-speaking environment, the names have come to be pronounced in an English way.

Say it how the player himself says it, says Hockey Canada

In this case, the governing body, Hockey Canada told the French-speaking announcer at the Pyeongchang Olympics to pronounce the names of three hockey players in the English way. The players were Derek Roy, Rene Bourque and Marc-Andre Gragnani.  The reason it gave was that the names should be pronounced in the way the players say it themselves. 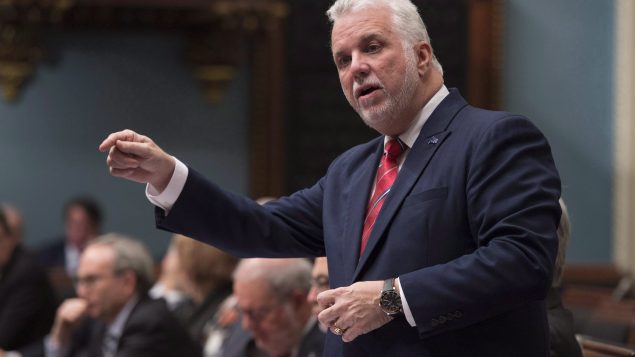 The premier of the province of Quebec, Philippe Couillard called the request that certain hockey players’ names be pronounced in English ‘deplorable.’(Jacques Boissinot/The Canadian Press/file)

The premier of Quebec, Philippe Couillard called the directive “deplorable” and “ridiculous” and that “as francophones, we need to object to this and to protest this strongly.”

An elected representative of the nationalist opposition party, Parti Quebecois MNa Pascal Berube, said “It’s insulting. It’s a lack of respect. Especially as French is an official language at the Olympics.”

At the federal government level, Heritage Minister Melanie Joly said she was “extremely surprised” and that her office was “on the file” and would work with the sports minister to get Hockey Canada to change its policy.

I am willing to bet that most Canadians are rolling their eyes and some may be grateful that it’s a peaceful country with no greater horrors topping the news here today.