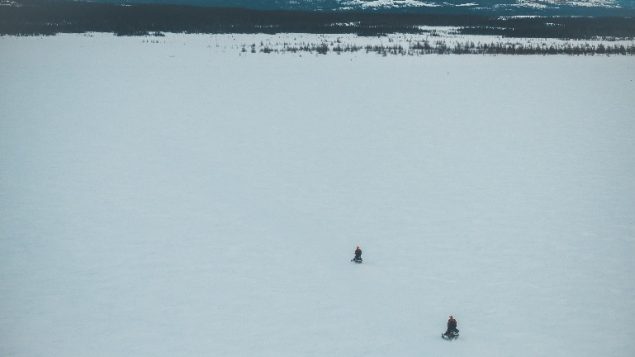 Some 41 teams, a record number, have roared away from the starting gate for the world’s toughest snowmobile race. 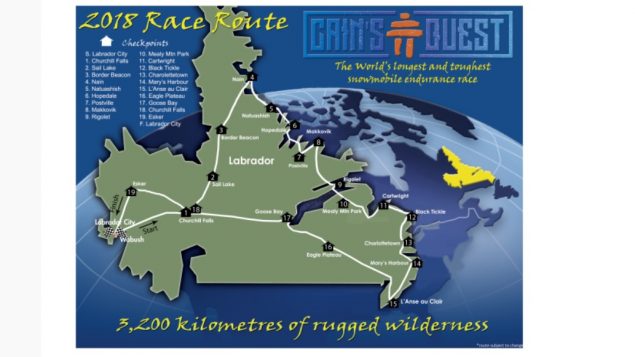 It’s called Cain’s Quest,  the name coming from the fact the course is run over land so barren and isolated, it is like the land that God assigned to Cain as punishment for his sin of fratricide.

One racer, Ron Collingwood from Whistler British Columbia who was in the top ten when his engine blew in a 2012 is quoted on the Snoriders website saying they only hold it every two years to “make the racers forget about the pains of it all and think about the glory”.

The racers are heading out on 3,200 km course over an eight-day period which starts and ends in Labrador City after having ridden through complete wilderness encompassing a major area of Labrador.

In the past racers have had to endure a variety o conditions including temperatures as low as -70C. 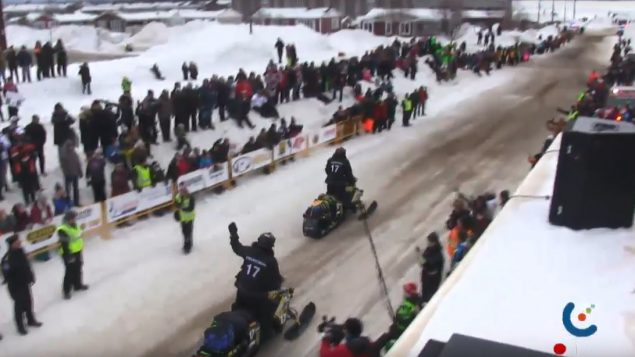 While most of the teams are from Labrador, where they are viewed as heroes, there is a team from the island of Newfoundland, others from elsewhere in Canada, a team from the USA, and one from Finland.

One thing is certain, all racers are certain to receive warm welcomes in the towns and hamlets where they stop along the way where the race is viewed as a celebration of the northern way of life.

It seems it’s not about the $100,000 prize money, as teams can easily spend almost that in preparation and travel costs.

Most say they do it as an extreme test for themselves of man and machine against the elements.