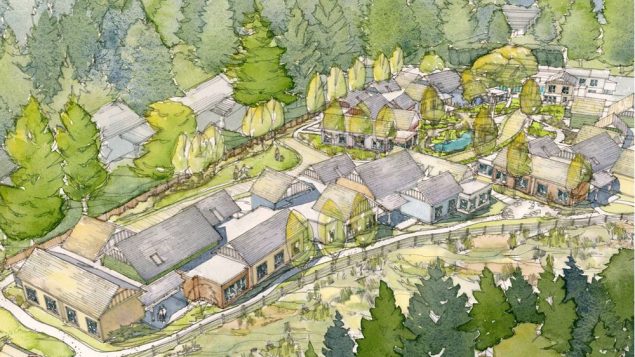 The Village will house up to 78 people suffering from dementia when it opens--hopefully--next year. (Courtesy of The Village, Langley)

The spade went into the ground last week in Langley, B.C. for a project that could provide a soothing balm for a lot elderly Canadians and their families. 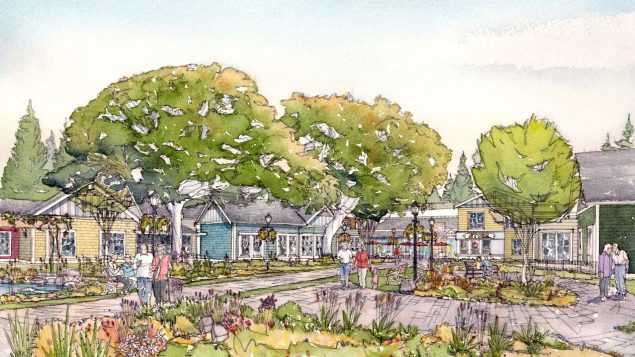 Residents of The Village will not be bound to stay indoors, permitting them the opportunity to live a more normal life than they would in a regular nursing home. (Courtesy of The Village, Langley)

It’s called The Village and will consist of six cottage-style homes, a community centre as well as shops, cafes and even a working barn.

When it opens in 15 months, its five acres–surrounded by an unobtrusive eight-foot fence–will be home to 78 people suffering from various forms of degenerative brain diseases associated with aging.

Its creators say it will be the first so-called “dementia village” in Canada and the culmination of years of research as well as the study of similar facilities, including the famed Hogeweyk Village in the Netherlands, where residents can wander safely within the property. 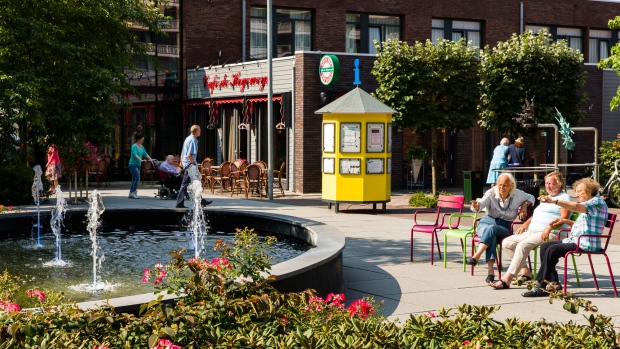 Much of the planning of The Village is based on the success of Hogeweyk (above) in The Netherlands. (CBC/Courtesy of Hogeweyk)

The whole thing is designed to permit residents to live a more normal life than they would in a regular nursing home.

The Village is privately funded so living there will not come cheap, costing up to $245 a day and $7,500 a month, though The Village’s project manager, Elroy Jespersen, a long-time executive with Verve Senior Living and the person has spear-headed the project, says backers are open to working with the public sector to make a stay more affordable.

I spoke by phone with Jespersen on Monday.