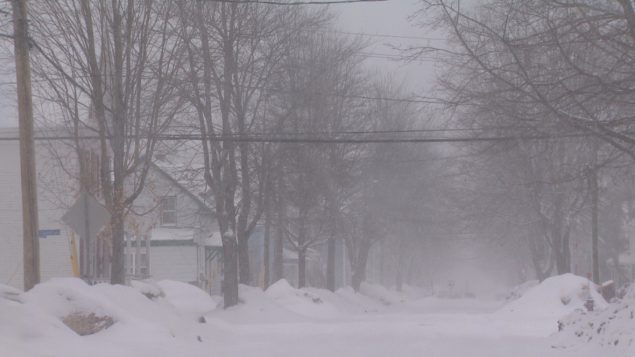 Nor'easters bring fierce winds and this winter, a lot of snow to Canada's Atlantic provinces.

Nor’easter: 4th for Atlantic provinces this this week

Nor’easters are the storms that move up the Atlantic coastline from the Caribbean bringing strong winds but not always snow.

This year, however, eastern Canada has been walloped by these storms, with hurricane force winds and lots of snow.

Now the Atlantic provinces are bracing for another, as the rest of the country welcomes spring.

“It doesn’t appear at this time that the wind field will be as strong as the previous storm but I wouldn’t rule out gusts of 60 to 90 km/h,” Mitchell said. 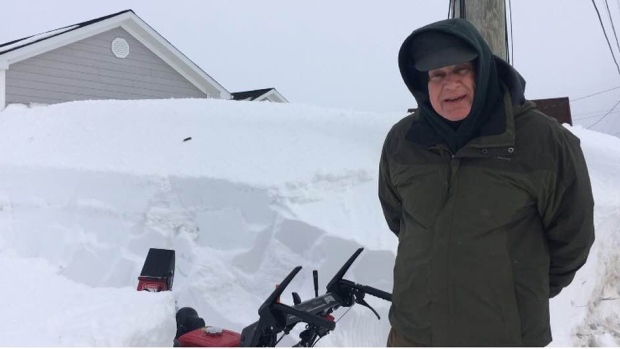 Eldon McLean said the last time he experienced a nor’easter as bad as the one on March 14 was 30 years ago. (Gail Harding/CBC)

In Bathurst, New Brunswick,people are still digging out from under huge drifts of snow from a  March 14 nor’easter that left many houses and cottages partially buried.

Eldon McLean spent part of his Saturday afternoon cutting a path through a solid wall of snow, in advance of the snowblower operator brought into tackle the nearly four-metre high drift.

Bathurst was blanketed in 40 cm of snow on the 14th of March and could be getting as much as 25 cm on the 21st of March.