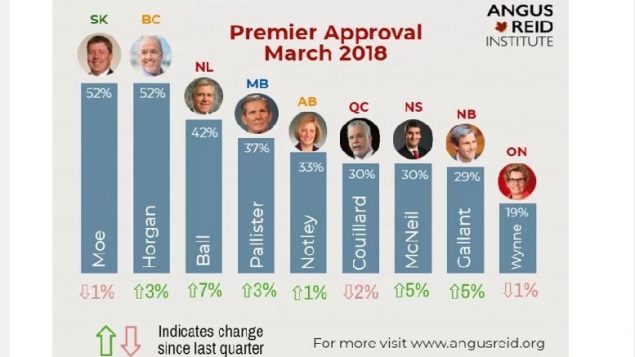 Most of Canada's provincial premiers have sunk to below 50% approval after their term in office progresses. PHOTO: Angus Reid Inst.

Canada’s political leaders, not so popular

Canada’s political leaders were undoubtedly all elected by a majority of voters with hope for the future.

It seems that hope and approval fades fairly quickly in Canada according to a new survey by the Angus Reid polling agency.

In the United States, President Donald Trump is not doing well with an approval rating of only 40%.

But a new poll in Canada shows that most of Canada’s provincial leaders can’t even match that. Canadian Prime Minister Justin Trudeau has also seen his approval drop fairly substantially to equal that of President Trump. 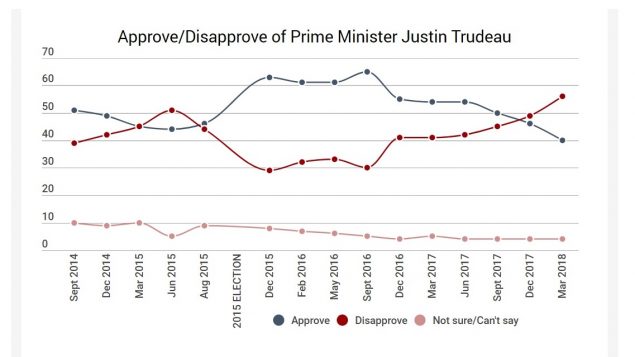 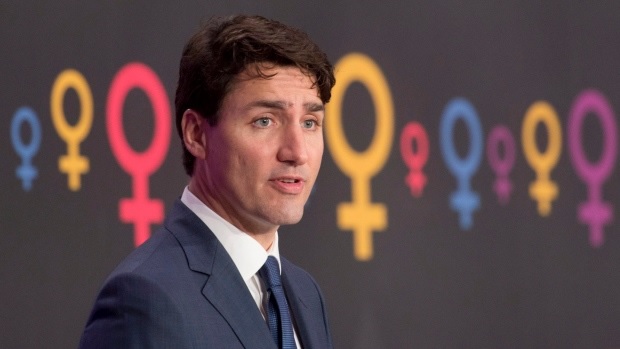 Canadian Prime Minister Justin Trudeau speaks during an event on International Women’s day in Ottawa, Wednesday March 8, 2017. His approval has been steadily dropping since then. PHOTO: Adrian Wyld-Canadian Pres

As for Canada’s Premiers, the leaders of each province, the only two who have approval ratings higher than 50% are British Columbia’s John Horgan and Saskatchewan’s Scott Moe, both at 52%.  However, both are also relative newcomers with less than year in their jobs. The provincial Liberal leader of Ontario, is at the bottom and continues to fade. According to the Angus Reid survey, Kathleen Wynne is now at a mere 19% even as a provincial election looms on June 7 in Canada’s most populous province.

Information was not available for the small maritime province of Prince Edward Island nor for the three northern Territories.

Well, faring even worse than Donald Trump and Justin Trudeau , Australia’s Prime Minister Malcolm Turnbull is at 37%.  In the United Kingdom, Prime Minister Teresa May is at a mere 34%, while France’s new President Emmanuel Macron is doing slightly better at 44% approval. As for German Chancellor Angela Merkel, a January survey found that 67% said her best days were behind her,  but she still enjoys  about 50% popularity.