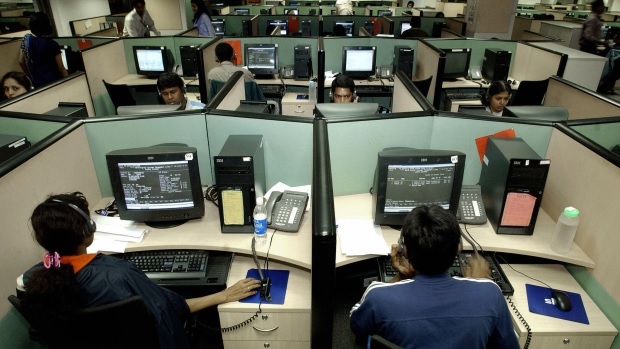 Service Canada employees have been advised to no longer use gendered terms like Mr. Mrs,, father, mother etc. but to substitute gender neutral terms or address clients by their full name when dealing with the public PHOTO: Indranil Mukherjee-AFP-Getty Images

According to documents obtained by Radio-Canada, those employees who interact with the public are to avoid such terms to avoid “portraying a perceived bias toward a particular sex or gender”.

For example, terms like father and mother are to be avoided as these are gender specific, and so should be replaced by the neutral “parent”.

Service Canada employees deal with the public for such services as Canada Pension Plan, Employment Insurance, and Old Age Security.

Employees can ask clients how they would like to be addressed but could begin by using full names instead of the gendered honorific.

While officials say it’s a matter of respect to reflect the diversity in Canada, an employee who asked to remain anonymous, said there is some resistance especially from older clients who feel a measure of disrespect when addressed by their names and not with the honorific Mr. Mrs, Miss.

The notes obtained by Radio-Canada also said use of gender neutral terms by employees will be monitored as part of the quality of service programme.

Prime Minister Trudeau responding to a Canadian Press request for a statement said he needed more time to look into the matter.

Trudeau raised eyebrows last month during a public event in Edmonton Alberta when he said he preferred the word “peoplekind” to “mankind”.