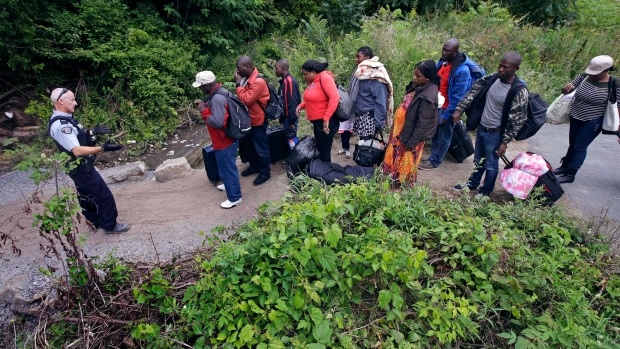 This week the province of Quebec sent a bill to Ottawa of some $146 million.

This is the amount it says it has had to pay so far to accommodate thousands of migrants who crossed illegally into Canada at a point along the Quebec-U.S. border and who have made asylum claims. 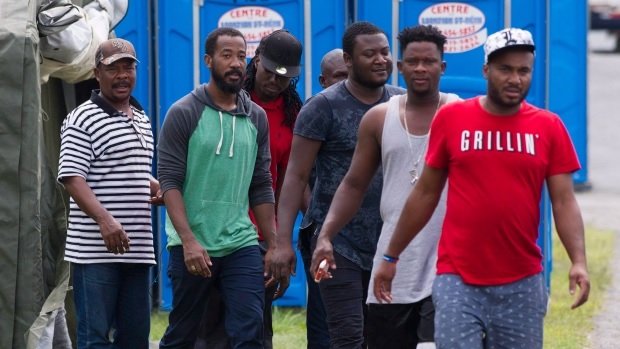 Migrants who have crossed illegally into Canada to claim asylum step out of a temporary processing tent to receive lunch at the Canada-United States border in Quebec. Thursday, August 10, 2017. THE CANADIAN PRESS/Graham Hughes

Quebec says the $146 million estimate includes temporary housing, feeding, and the multitude of other costs while asylum seekers wait for the claims to be heard by the federal government, which can take up to five years given the backlog.

Most of the migrants are Haitians who feared their temporary protections status in the U.S. will be withdrawn forcing them to return to Haiti.

The federal government has said it will invest $173 million in security and processing operations at these known illegal crossing points, and although Quebec has said it welcomes the investment, but says it’s not enough.