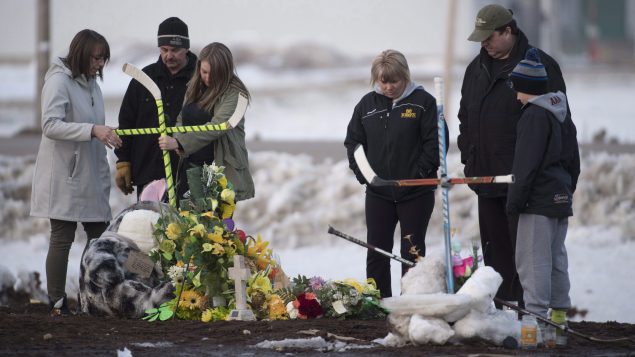 People build a makeshift memorial at the intersection of the fatal bus crash in the western province of Saskatchewan. (Jonathan Hayward/The Canadian Press)

GoFundMe says it will take several months to figure out who will get the more than $9.2 million raised so far for victims of the fatal bus accident involving the Humboldt Broncos hockey team in Saskatchewan. The crowd funding campaign is the most successful one in Canada and among the top five ever hosted by GoFundME. 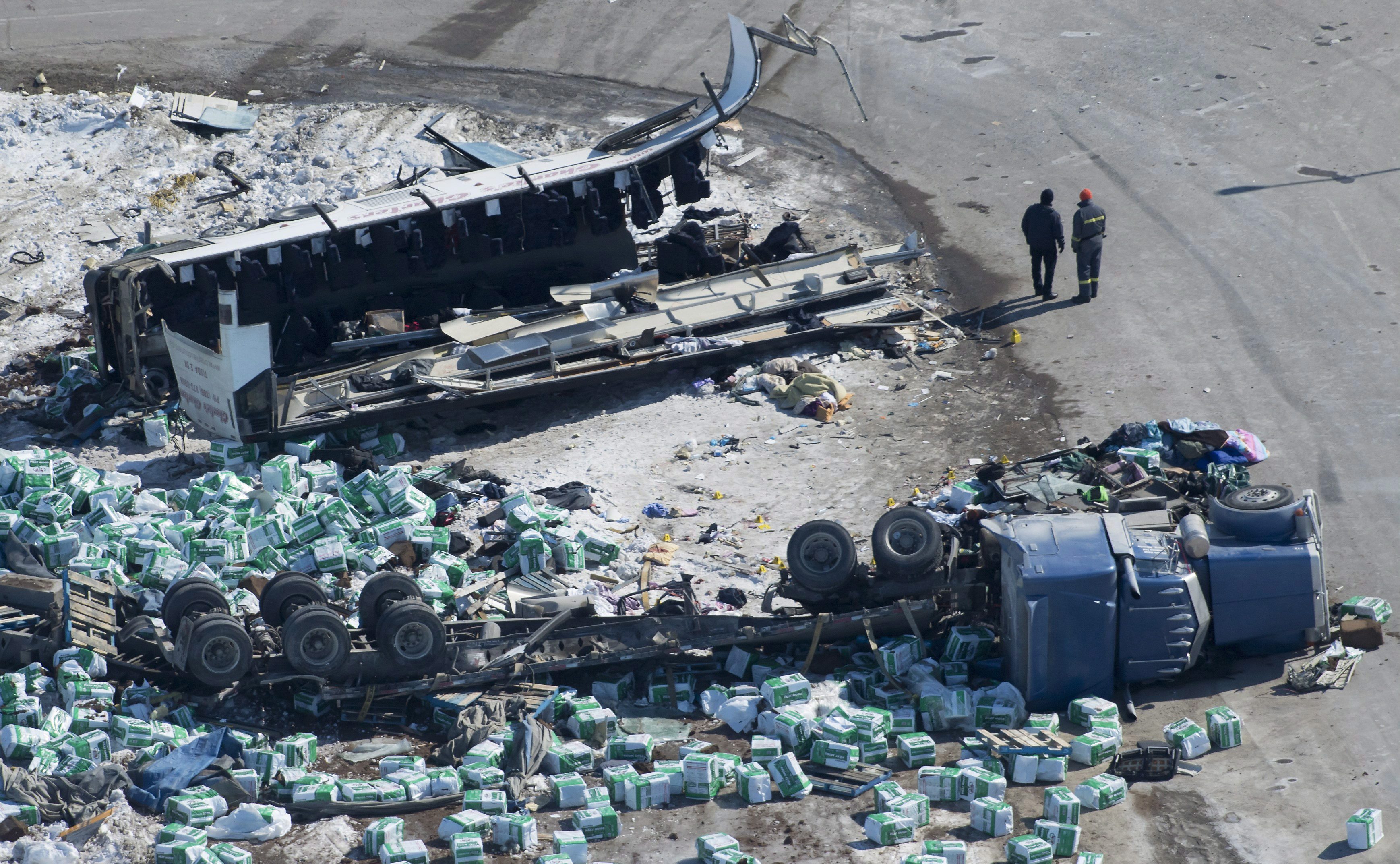 The devastation caused by the crash between a transport truck and bus was revealed in daylight on April 7, 2018. (Jonathan Hayward/The Canadian Press)

The April 6 crash between a transport truck and the bus used to transport a team of young hockey players captured headlines around the world. More than 100,000 donations ranging from five dollars to $50,000 came in from 65 countries. Donors included individuals, families, sports teams and corporations.

It is not clear if the money will be distributed to only the families of the 16 who died or whether funds will also be made available to the 13 people who were injured.

GoFundMe says it has safeguards to make sure money goes to the right place. Funds are directly transferred to the beneficiaries of the campaign, rather than the organizers. Platform administrators say they have a special team to make sure funds are not misused.