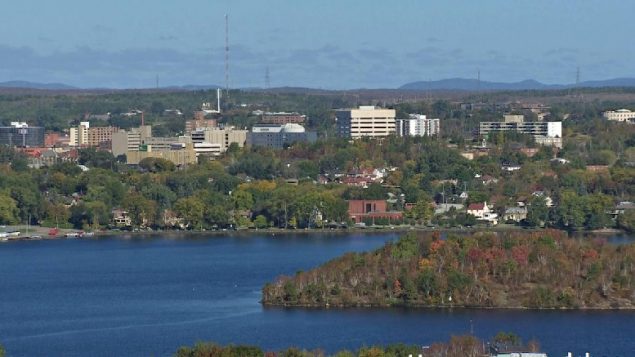 You wouldn’t know to look at the beautiful lake which borders the city of Sudbury in northern Ontario, but the lake is in crisis.

The small city of over 160,000 is billed as the “city of lakes” but gets much of its drinking water from the large Ramsey Lake. That might not be possible in a few years, and the entire lake ecosystem could be severely damaged.

The reason is road salt, and it’s an issue that’s becoming an increasing concern in areas around Canada. 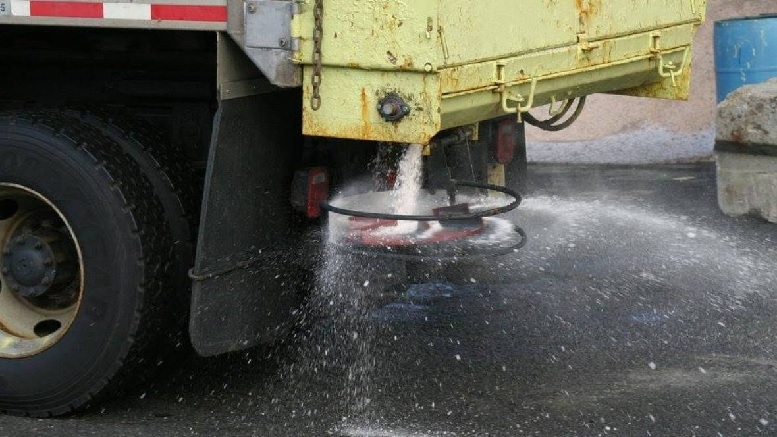 Spreaders on large salt trucks are a common sight throughout Canada in winter spreading some five million tonnes of salt onto sidewalks and roads every year. Photo ;submitted via CBC Moncton

A report this week says sodium levels are at about three times the level where people on sodium restricted diets must be notified and chloride levels are nearing a concentration that can harm aquatic life.

The Greater Sudbury Watershed Alliance released its reporte this week.

Canada uses some five million tonnes of industrial salt to combat snow and ice on roads to make them safer in winter.

All that salty meltwater runs off into the environment where it become toxic to plants and aquatic life. 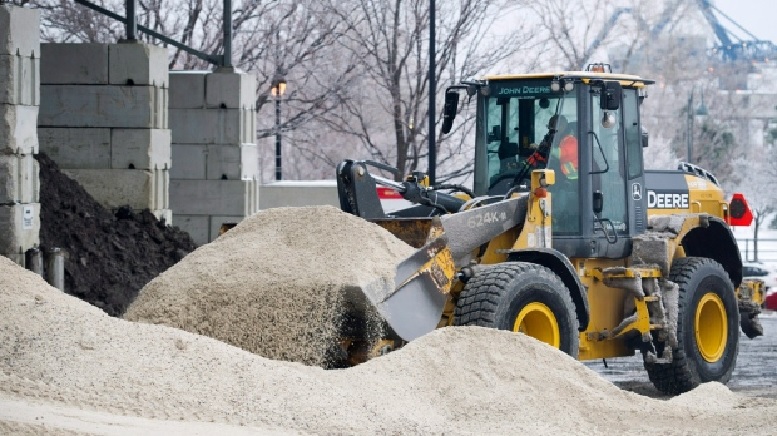 A city worker piles road salt on a mound at a city municipal depot in Montreal, Tuesday, January 23, 2018. A city like Montral can easily spend over $10-million a season on road salt, which in addition to its effect on the environment alos rusts infrastructure such a bridges, and other metla and concrete structures, damages boots, and rusts cars. PHOTO: Graham Hughes/THE CANADIAN PRESS

The GSWA in their report notes that several development projects proposed by the city would vastly increase road salt use and so runoff in the the Ramsey Lake watershed.

John Gunn, a Canada Research Chair on stressed aquatic systems, was one of the panelists gathered by the Greater Sudbury Watershed Alliance meeting on Monday.  . Quoted by the CBC he noted that   “As salt rises you have to assume that most things that leave the land and other pollutants or nutrients are also entering the lake”.  He pointed out the salt issue is an indicator of how we’re treating our land and waterways.

The meeting discussed several possible alternatives from using less salt, to using sand and abrasives only in the watershed area, to seeking de-icing alternative more eco-friendly products such as beet, pickle, or potato juice.

Attendees said that the city should spend as much money on watershed management and ensuring clean water as its investments into new casino and new arts centre.