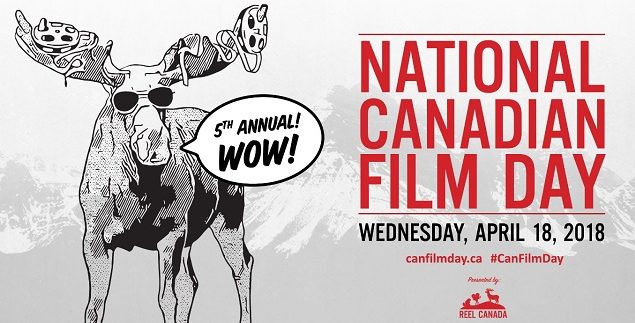 Canadians films will be screened in schools and at special events on this day which was declared National Canadian Film Day four years ago. The initiative was taken by Reel Canada, a non-profit founded in 2005 by members of Canada’s film and TV industry to promote Canadian films.

There are over 800 screenings across Canada and some outside the country. The films are old and new, and this year, there is an emphasis on those made by women and stories told by women. The goal is to have Canadians everywhere watch a great Canadian film before the day is out. 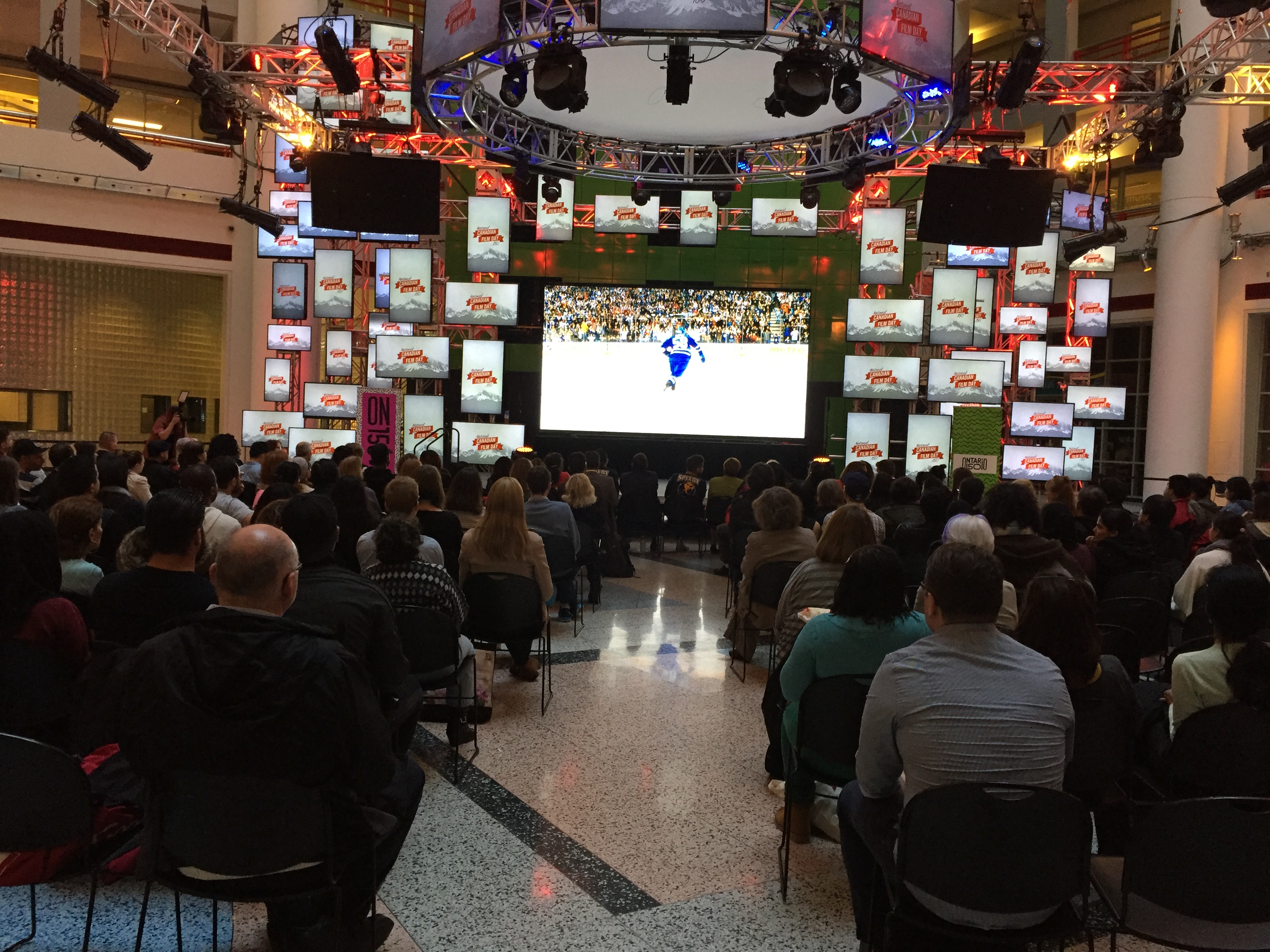 Previously, the public broadcaster, CBC, has screened Canadian films in the atrium of its Toronto headquarters. (Reel Canada)

‘The power to capture the soul of a nation’

“Film – more than any other medium – has the power to capture the soul of a nation, and when we only watch movies from somewhere else, we lose a part of ourselves,” states a news release. “There’s nothing wrong with loving Hollywood films, but they’re no substitute for the connection you can feel when you watch something from your own backyard.”

Screenings will happen in places like theatres, libraries, public areas and military bases. Organizers invite people to visit their web page to find the nearest event. Films can also be viewed on TV, online and in movie theatres.