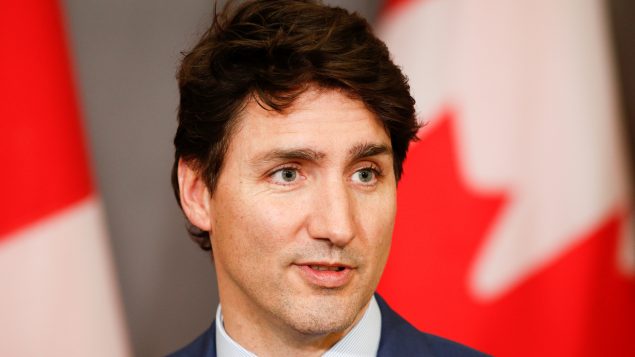 As the nation with the world’s longest coastline, Canada is open to considering banning certain single-use plastic items as part of a concerted international campaign to clean up oceans of plastic pollution, Prime Minister Trudeau said Thursday.

However, speaking to reporters in London, where he attended the summit of Commonwealth Heads of Government, Trudeau stopped short of agreeing to follow the lead of his British counterpart, Prime Minister Theresa May, and announce a ban on plastic straws, cotton swabs and other single-use plastic items.

Earlier in the day May announced that her government is prepared to ban the sale of these items in the UK, where nearly 8.5 billion plastic straws are thrown away each year.

“Plastic waste is one of the greatest environmental challenges facing the world, which is why protecting the marine environment is central to our agenda at the Commonwealth Heads of Government Meeting,” May said. 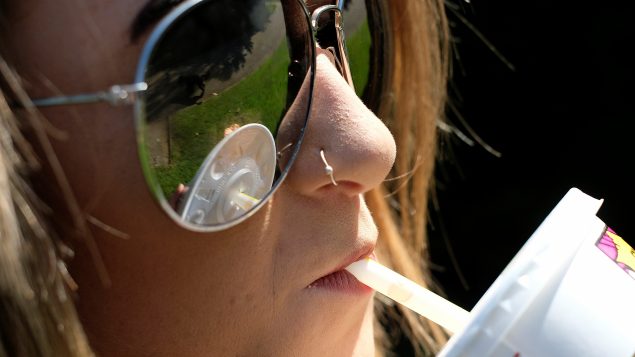 A woman drinks a McDonalds refreshment with a straw in Loughborough, Britain April 19, 2018. (Darren Staples/REUTERS)

May urged all Commonwealth countries to sign-up to the newly-formed Commonwealth Clean Oceans Alliance and take action, be this by a ban on microbeads, a commitment to cutting down on single use plastic bags, or other steps to eliminate avoidable plastic waste.

“We are very open to a broad range of ideas and suggestions, we believe in moving forward on evidence-based policy, we know that macroplastics, like straws, are a significant challenge in the ocean,” Trudeau told reporters in London.

“But we also know that microplastics and nanoplastics represent a real challenge to ocean ecosystems and we are very much looking for approaches that are going to be both substantive and impactful.”

The Liberal government will consult a broad range of experts and scientists and move forward decisively, as part of a global effort to clean up the oceans, Trudeau said.

As president of G7 in 2018, Canada will push forward the theme of ocean protection as a key part of its agenda, Trudeau said.

“I very much look forward to demonstrating a coherent and cohesive by the world’s leading developed nations in partnership with developing nations, private sector and civil society to move forward on keeping our oceans and our planet safe,” Trudeau said. 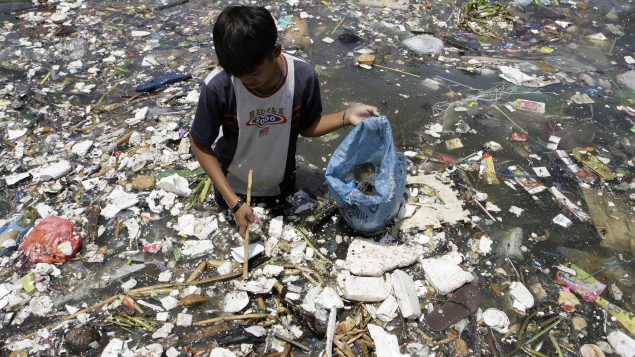 A boy collects plastic materials near a polluted coastline to sell in Manila April 9, 2008. (Cheryl Ravelo/REUTERS)

Britain will commit 61.4 million pounds ($110 million Cdn) at the summit to develop new ways of tackling plastic waste and help Commonwealth countries limit how much plastic ends up in the ocean.

“We are rallying Commonwealth countries to join us in the fight against marine plastic,” May said.

“Together we can effect real change so that future generations can enjoy a natural environment that is healthier than we currently find it.”