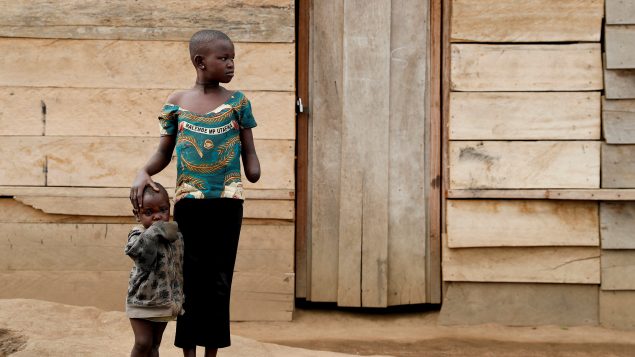 Mave Grace, 11, who had part of her arm chopped off by militiamen when they attacked the village of Tchee, stands with her sister Racahele-Ngabausi, aged two, in an Internally Displaced Camp in Bunia, Ituri province, eastern Democratic Republic of Congo, April 12, 2018.(Goran Tomasevic /REUTERS)

One out of ten children fleeing a vicious flare up of fighting in the eastern Democratic Republic of Congo (DRC) say they were raped during their journey to Uganda, according to a new assessment by Save the Children.

More 73,000 refugees have fled the gruesome and escalating conflict in DRC to Uganda, including nearly 2,800 unaccompanied or separated children since the beginning of this year, according to the charity.

An overwhelming majority – some 77.5 per cent – are women and children.

“The conflict in DRC is one of the world’s forgotten crises,” said in a statement Johnson Byamukama, Save the Children’s Emergency Response Director in Uganda. “We see child refugees arriving in Uganda every day in desperate need. Every one of them has a horrific story to tell, including of rape, of parents being killed, of witnessing extreme violence.”

The assessment by Save the Children, based on interviews of 132 refugee children aged 10 to 17, found that hunger was the biggest issue, affecting eight in 10 children fleeing the eastern Ituri region of DRC, said Rachel Logel Carmichael, the charity’ head of humanitarian affairs in Canada.

(click to listen to the full interview with Rachel Logel Carmichael) 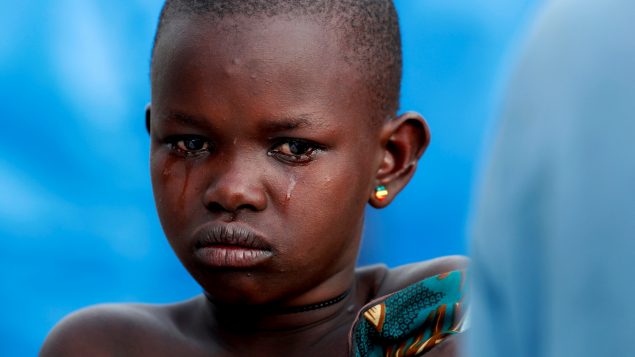 Mave Grace, 11, who had part of her arm chopped off by militiamen when they attacked the village of Tchee, stands in an Internally Displaced Camp in Bunia, Ituri province, eastern Democratic Republic of Congo, April 12, 2018. According to witnesses, militiamen killed her pregnant mother, her three brothers and injured her sister, Racahele-Ngabausi. (Goran Tomasevic/REUTERS)

Having walked for days, refugees are primarily entering Uganda via Lake Albert on makeshift boats, a dangerous crossing that has already proved fatal for “several” people, according to the UN Refugee Agency, UNHCR.

“As you can imagine those who have arrived on the Uganda side there is quite a bit of stress and trauma from that journey,” Logel Carmichael said.

Fighting in Ituri has involved the Hema cattle herders and the Lendu farmers who have a long history of violence over access to land.

UNHCR Babar Baloch said at a briefing in Geneva in March that armed men are reported to be attacking villages, looting and burning down houses, indiscriminately killing civilian populations and kidnapping young men and boys. 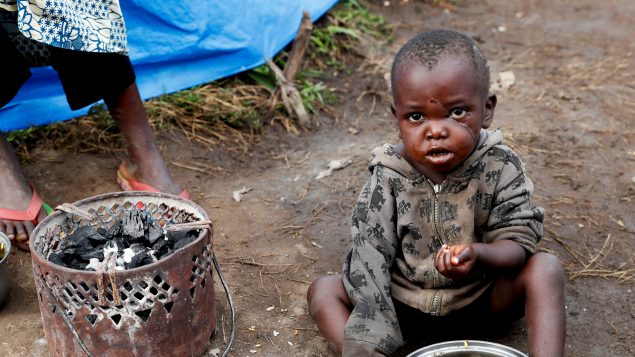 Rachele-Ngabausi, aged two, injured by militiamen when they attacked the village of Tchee, sits in an Internally Displaced Camp in Bunia, Ituri province, eastern Democratic Republic of Congo, April 12, 2018. According to witnesses, militiamen killed her pregnant mother, her three brothers and chopped off part of her sister’s arm. (Goran Tomasevic/REUTERS)

“One of the concerns for Save the Children is cases of the children who have been separated from their families or who are crossing the border on their own,” Logel Carmichael said. “So we ensure that in our programming on the Uganda side of the border that we’re addressing the specific needs of unaccompanied and separated children.”

These children are put in foster care provided by other refugees, but ultimately the goal is to reunite the children with their families, she said.

Another concern is the lack of services available to victims of sexual violence, Logel Carmichael said.

“We certainly must commend the government of Uganda for opening its doors to refugees in this area and across the country, but this is an area that whilst there were refugee camps they’re not a lot of services to host this many people,” Logel Carmichael said.

In addition, even after arriving in Uganda, children remain at risk of sexual violence, with numerous incidents reported around the settlements in recent weeks, she said.

Children report being raped while collecting firewood, collecting water, or on the way to school or while playing, Logel Carmichael said. 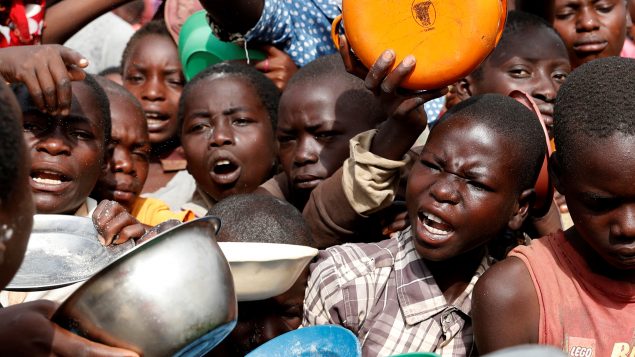 Many children are also concerned that they won’t have access to school in the future because of lack of services, as well as hunger, teenage pregnancy, sexual violence, attacks, abductions, and lack of shelter, according to the assessment.

Despite the enormous need, the crisis in DRC and the refugee response in Uganda remain seriously underfunded.

On Friday donors at the DRC pledging conference in Geneva committed almost a third of the $1.68 billion needed to support the Humanitarian Response Plan.

“The size and scale of this devastating crisis is hard to fathom, and yet the world has not taken notice,” said Byamukama. “It’s time for donors to step up and give generously to support these children, who have had their childhoods ripped up from beneath their feet.”

Canada needs to be commended as one of the countries that continues to support the funding for the crisis in the DRC, including dedicated funding for survivors of sexual violence, Logel Cahrmichael said.

But she also urged Ottawa to get more involved in finding a diplomatic solution to the conflict in the DRC.

In Canada, Save the Children is pushing for the upcoming G7 Leaders’ Summit to prioritize education for children in emergencies, particularly for girls who are more likely to miss out on school in crises than boys.