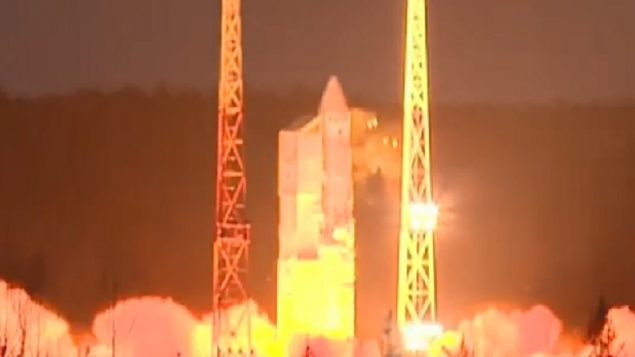 The moment of launching the European satellite yesterday aboard a repurposed Cold War ICBM.- Photo-ESA

The  European Space Agency launched a satellite yesterday from northern Russia. The satellite (Sentinel 3-B) will monitor oceans, ice, and land.

That launch has raised concerns yet again for the Inuit people of northern Canada, not from the satellite, but rather from the Russian rocket, which is basically an SS-19 intercontinental ballistic missile booster, left over from the Cold War

That rocket is fuelled by hydrazine which is extremely toxic and a known carcinogen. 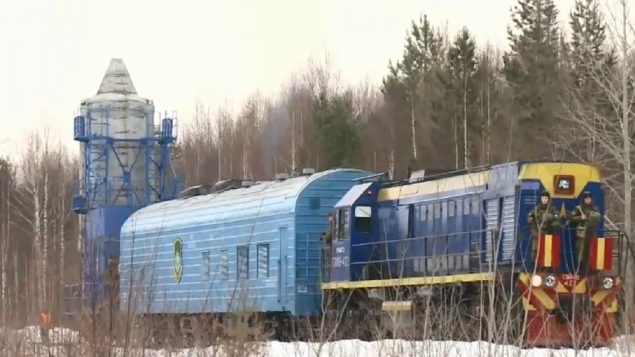 This is the 15th such launch which has resulted in the second stage falling back to Earth and dropping into international waters in Baffin Bay.

Inuit have protested each time over concerns of what any remaining highly toxic fuel might do to the delicate marine ecosystem.

The debris has been landing in or near the North Water Polynya of  open water. It is a known refuge for narwhal, beluga, walrus and bowhead whales. Its plankton-rich waters draw shoals of Arctic cod, providing food for an ecosystem that also supports seals, polar bears and millions of seabirds. 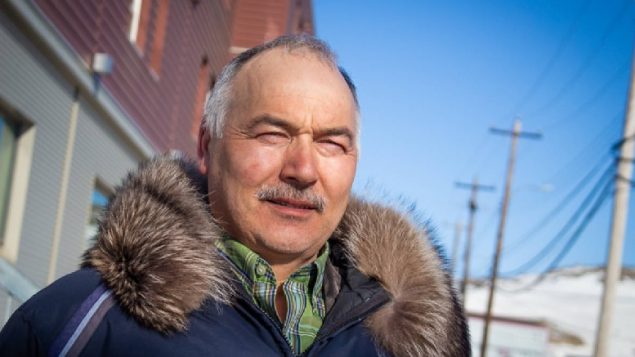 Joe Savikataaq, Nunavut’s minister of environment, says it’s a concern that there’s nothing the territory can do to stop the rocket launches in Russia. Photo:Ashley Burke/CBC News

While it’s claimed that all the fuel is burnt off, that has not been verified. There are concerns that unburnt fuel could spread in the ocean, or perhaps be spread in the atmosphere as a cloud as the stage falls to Earth. It’s also not known what other chemicals may eventual enter the ocean from the debris on the ocean floor. 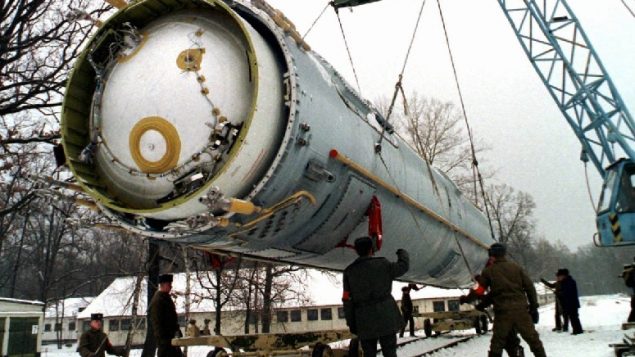 In this 1997 file photo, soldiers prepare to destroy a ballistic SS-19 missile in the yard of the largest former Soviet military rocket base in Vakulenchuk, Ukraine.. These SS-19 ICBMs are now used to launch satellites. Photo. Associated Press

Inuit in both Canada and Greenland are concerned due to their high dependence on food from the land and oceans. It’s an issue of food security for them. They have repeated complained about toxic materials dumped in their region with little to no consultation or regard for their concerns.

The European Space Agency says it has been working on developing safer propellents but none are yet available.