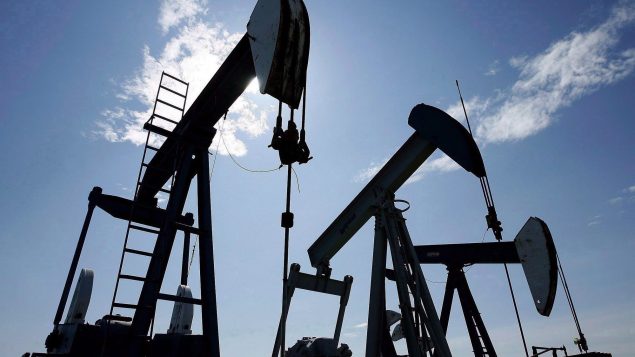 Economy grew by better-than-expected 0.4% in February

Canada’s gross domestic product grew by 0.4 per cent in February, driven by a rebound in the mining and oil and gas extraction sector.

Fifteen of 20 economic sectors expanded, as the economy grew faster than predicted by most economists.

“The surprise was powered by a strong rebound in oil extraction activity which had been dragged lower by some idiosyncratic issues in the prior month,” said Royce Mendes, director and senior economist with CIBC World Markets. “The healthy bounce-back in February will, however, simply eat away at some of the growth we were expecting in March, meaning it doesn’t materially change the outlook for quarterly GDP.”

The mining, quarrying and oil and gas extraction sector expanded by 2.4 per cent, Statistics Canada said. 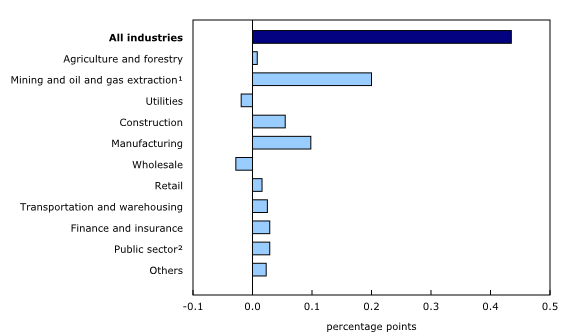 “Though the pace of growth at the start of this year is performing as desired given an economy at capacity, the current stance of monetary policy remains highly stimulative and more in line with trying to boost growth,” said Paul Ferley, assistant chief economist at RBC.

In a research note to clients Ferley said he believes the current overnight rate of 1.25 per cent is “likely too stimulative.”

However, he noted that even though the interest rate needs to be hiked, conditions do not warrant a quick rate hike to return it to the range between 2.5 per cent to 3.5 per cent, considered the equilibrium interest rate range for the Canadian economy.

“Thus our expectation is that the Bank of Canada will continue to gradually raise official rates with a further 100 basis points of tightening expected by 2019,” Ferley said.