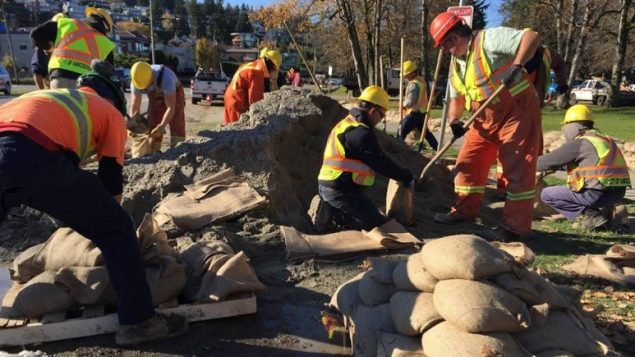 Protecting property from rising flood water is a slow, labour intensive , and expensive prospect with the typical response of sandbagging. A Montreal engineer has a much better way. Photo:Mike McArthur/CBC

Reports are coming in from locations across Canada about rising spring water levels.

Every year hundreds if not thousands of homes and buildings are damaged by flood waters. To cause extensive damage, floods only need to be high enough to enter the buildings, maybe a few centimetres in depth. Sandbags are the typical solution attempted, but with so many drawbacks,  a mechanical engineer has thought of a better way.

Amar Sabih (PhD, PEng) is a course lecturer and academic staff at McGill University in Montreal.

Sandbagging is the typical response when lakes and rivers overflow their banks, but it’s expensive, labour intensive and slow.

Sand has to be trucked into the location, teams have to fill sandbags (which must be purchased and are usually single use), and more teams have to build the wall around the house or property. 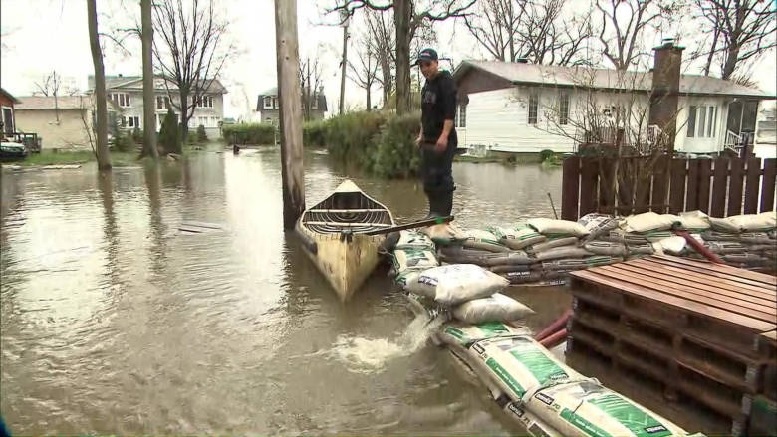 Typical solution is to have dozens of people filling sandbags, and dozens more to stack them into a less than impermeable barrier. Here a man stands on a sandbag wall in 2017 on Ile Mercier near Montreal as a pump removes water seeping through the wall. Photo: CBC

In order to protect several houses, vast resources are needed.

Sabih looked at the problem from an engineer’s perspective and looked for readily available materials. His solution is simple, fast, and far less expensive. It uses a pre-formed barrier covered with impermeable tarps. 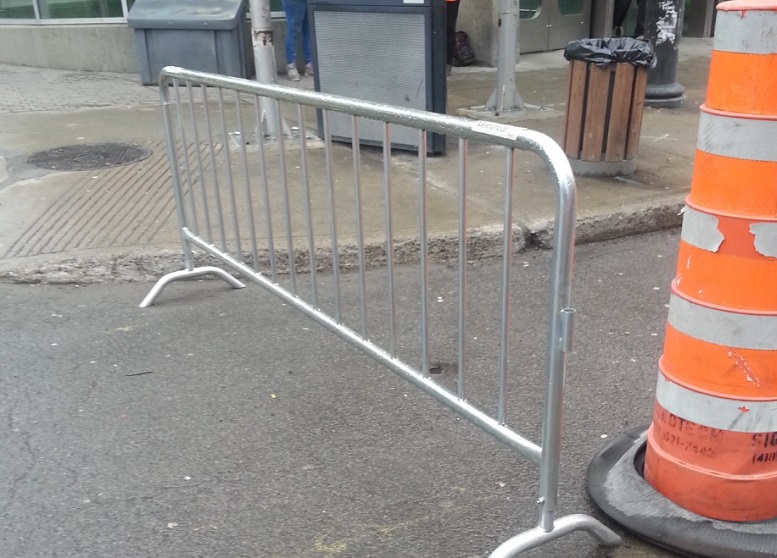 Sabih realised that the common crowd barrier already available in great numbers in cities, would be perfect for his simple, fast, inexpensive concept. Photo. M Montgomery

Barriers with impermeable tarps are not new, but they are hugely expensive.

Sabih noted that with an impermeable tarp, all you need is the upright barrier. His solution was to use standard crowd control barriers which almost every municipality already has on hand. They are easy to handle, easy to move to a needed location and quick to set up, quick to remove, and of course re-usable

A PVC or other material like that for vinyl pool liners is also relatively inexpensive and re-usable.

The barriers are easily joined to form a wall, and the tarps can be attached through a variety of methods. They would extend outward from the barrier  and held down with some kind of weight, 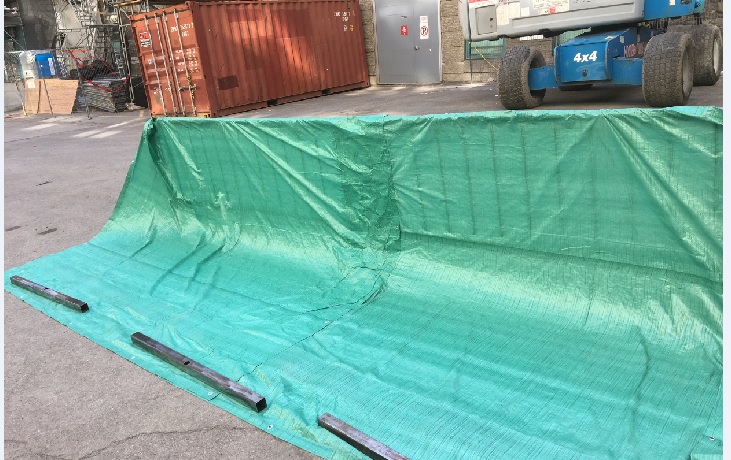 A demonstration of his concept with crowd barriers attached and tarps extended out toward the water and weighted slightly so water goes onto and not under. Photo> supplied

This is to ensure the water goes over the tarp and is blocked and not under. Once the water is on top of the tarp, its own weight downward counteracts in large measure, the pressure of the water against the barriers. This would easily protect up to a depth of about 30-40 cm. which is often enough to protect property. 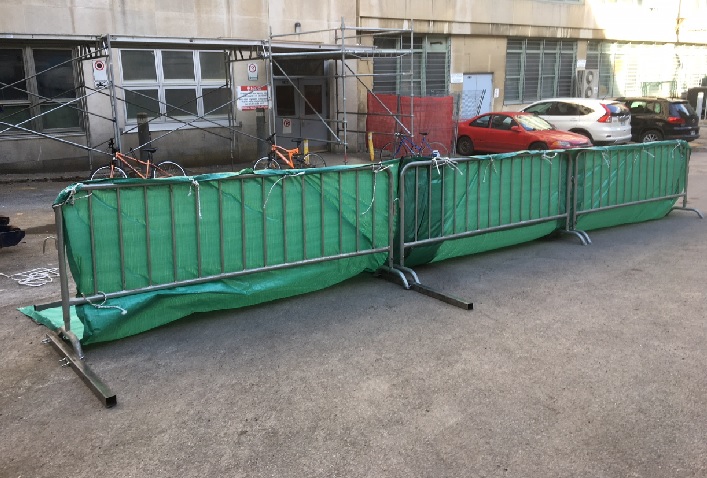 The barrear from the rear. To add rigidity to support pressure from up to a metre in depth, additional barriers can be attached at right angles. Photo; supplied

For added resistance and allow protection for pressures from depths of up to a metre, additional barriers can be placed behind the “wall” at right angles. 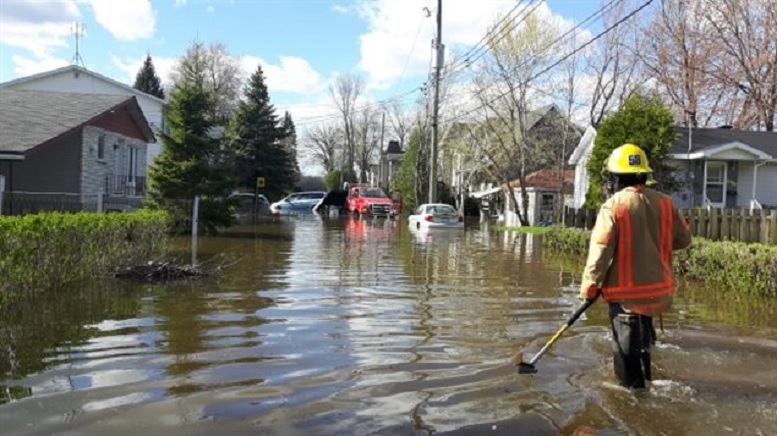 Sabih says dozens of barriers can be connected quickly to protect entire neighbourhoods at a time. Here, flooding in the Montreal suburb of Pierrefonds in 2017. The area is under threat again this year. Photo Sudha Krishnan- CBC

Even as parts of western Montreal and nearby communities in Quebec prepare for spring flooding, the city of Montreal is set to perform real life experiments with the Sabih concept.

As crowd control barriers are common around the world, this idea cold easily result in vast savings by preventing flood damage.