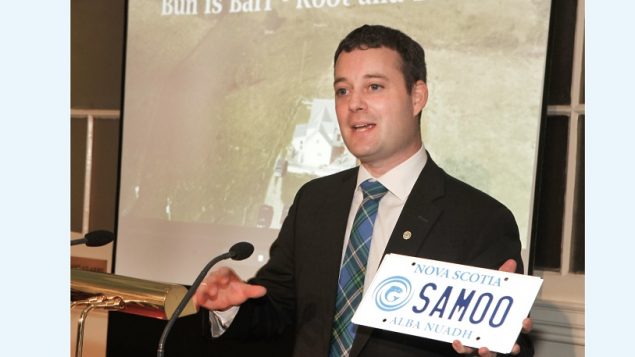 The province is creating a Gaelic licence plate available to motorists later this month for a $50 donation with proceeds going to the province’s Gaelic language and culture initiatives known as Gàidheil Air Adhart (Gaels Forward) Special Purpose Fund. 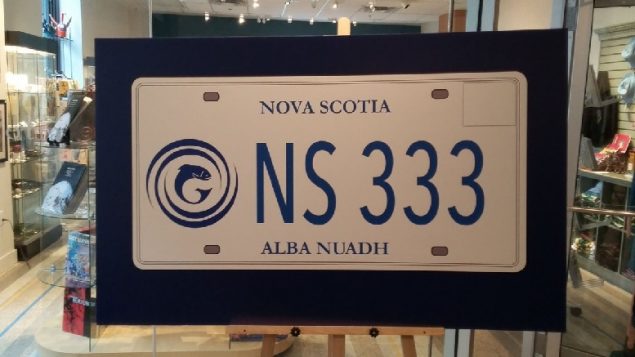 Close up of new Gaelic licence plate showing the NS Gaelic flag symbol and the Gaelic words for Nova Scotia at the bottom> Photo: David Rankin-twitter

The announcement on May 1st kicked off Nova Scotia’s 22nd annual Gaelic month.

Randy Delorey, minister of Gaelic Affairs was quoted by CBC saying, “This will allow more people to reconnect with their language, culture and heritage and to preserve these for the next generation”, 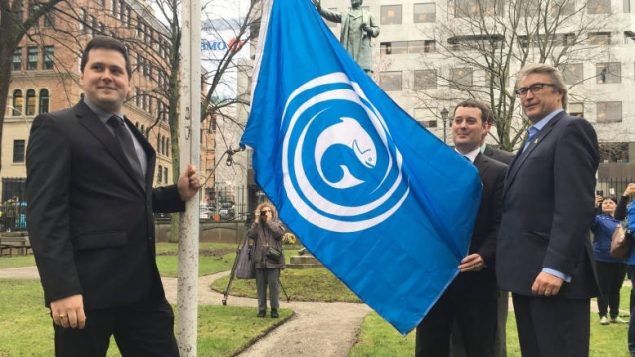 President of the Gaelic Council of Nova Scotia, David Rankin, left to right, minister of Gaelic Affairs of Nova Scotia Randy Delorey and MLA Hugh MacKay pose next to a Gaelic flag in Halifax, on Tuesday, May 1, 2018.  Photo:THE CANADIAN PRESS/Fadila Chater

There are approximately 2,000 Gaelic speakers in the province, and out of the current population of almost 943,000, about 230,000 residents are decendents of Scottish settlers