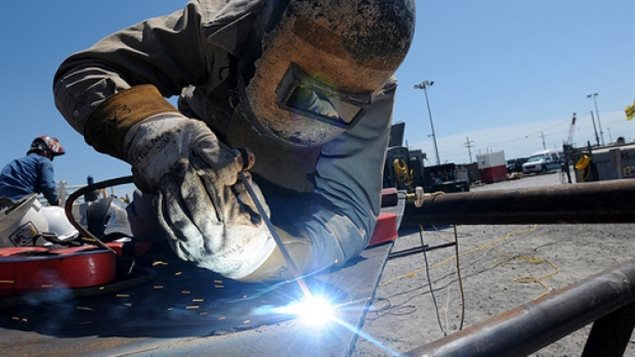 Canada's unemployment rate fell to 9 per cent in September, down from the peak of 13.7 per cent in May. (Patrick Kelley/Bloomberg)

Canadian wages hit their highest rate of growth in over five years in April but the economy lost 1,100 jobs after adding 32,000 jobs in March.

Average hourly wages in April were 3.6 per cent higher than they were a year earlier, the largest annual increase since October 2012, according to Statistics Canada new jobs report released on Friday.

A dip in the participation rate helped hold the jobless rate steady at 5.8 per cent, matching the four-decade low, said Douglas Porter, chief economist at BMO.

“While no doubt a tad disappointing, many of the details of the release were notably healthier, and we would view this report as roughly neutral overall,” Porter wrote in a note to clients.

On the good news side of the equation the report included yet another solid gain of 28,800 full-time jobs, offsetting the loss of 30,000 part-time positions, Porter said.

Overall, full time employment is up a whopping 2.6 per cent year over after adding 378,000 full time positions, Porter said. That offsets a 2.8 per cent drop in part-time employment, which posted a loss of 100,000 jobs compared to last year, he said.

“Also on the solid side, private-sector jobs were up 28,000, countered by roughly equal declines in public sector payrolls and self-employment,” Porter wrote. “However, it wasn’t all upside news in the details, as hours worked slipped 0.1 per cent, and the sectoral mix wasn’t great.” 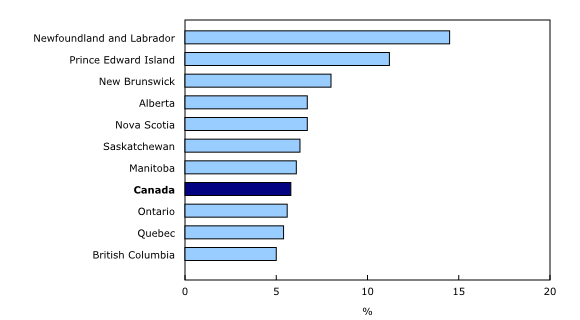 The youth unemployment rate increased in April to 11.1 per cent following a net gain of 17,700 new jobs. The labour force participation rate for youth slipped to 63.4 per cent from 63.8 per cent.

“While the headline reading landed on the soggy side of expectations, the details of today’s report were decent and don’t change the bigger picture for the economy— it’s growing moderately, so the job market is gradually tightening, and wage pressures are gradually rising,” Porter wrote.

That means that while the Bank of Canada might hold off on another rate hike in May, it will likely increase interest rates at its July meeting, Porter said.