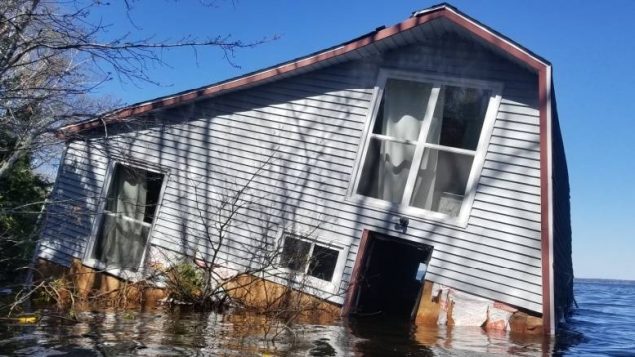 This large two-story cottage was originally located on one shore of New Brunswick's Grand Lake during record high floods, but was floated away on the high water and found upright more than six kilometres away where it was spotted hung up floating on the opposite shore. Record flood levels are now being seen in B.C. Photo: Shane Fowler-CBC

(public commenting open on all RCI stories, scroll to very bottom to submit and read other comments)

Even as  historically record flooding begins to slowly recede in the east coast province of New Brunswick, massive flooding is occurring in British Columbia on the west coast. 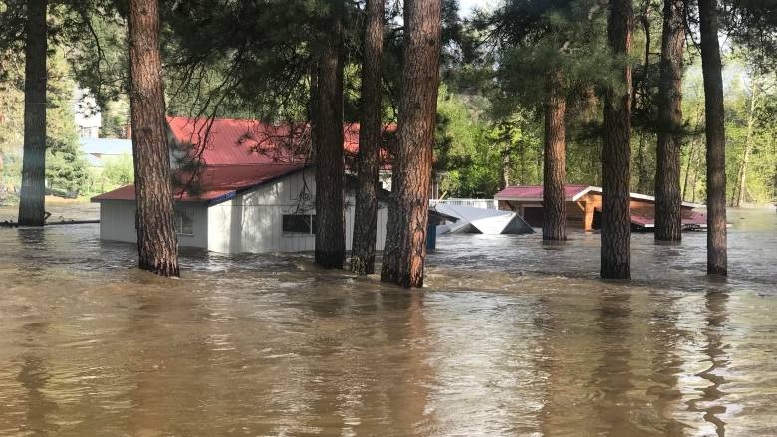 Flooding in the north of Rock Creek in the Boundary region of the B.C. Interior. Photo: Brady Strachan-CBC

Some 2,500 residents have been forced from their homes in what is being labelled as a 1-in-200 year flood event. 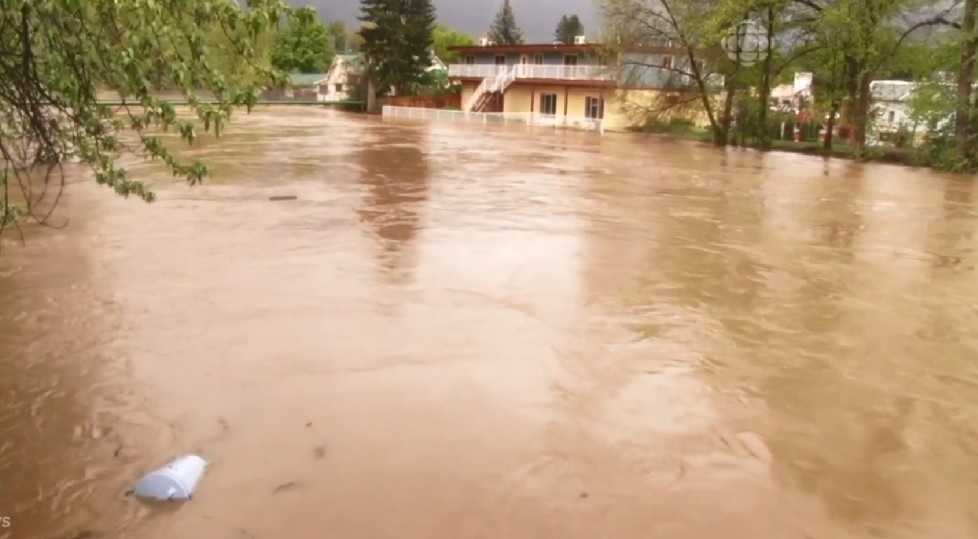 Debris from flooded properties being carried away be fast flowing rivers. Heavy rain and quickly melting snowpack has led to several rivers overflowing in BC, especially in the southern interior. Photo.screen grab CBC

Rapidly melting snow combined with heavy rain has resulted in rivers overflowing in the interior Kootenay region such as near the town of Grand Forks. The Kettle, West Kettle, and Granby rivers and tributaries are all overflowing.

Record flooding in areas around Grand Forks, Osoyoos, Merritt and others. (Google Maps)

Also in the southern interior near the border with the U.S, another 54 properties in the Okanogan were evacuated along Shuttleworth Creek.

A hotel and RV park at Osoyoos Lake has also been ordered to evacuate as lake level has risen. Dozens of other residents have been told to leave over fears of mudslides from rain soaked hills.