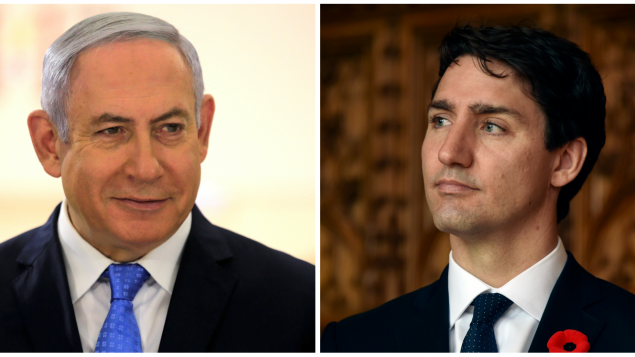 Prime Minister Justin Trudeau spoke on the phone with his Israeli counterpart Benjamin Netanyahu Thursday to discuss the situation in Gaza and the shooting of a Canadian doctor by Israeli snipers on May 14, according to a statement from the Prime Minister’s Office.

The call was initiated by Netanyahu following Trudeau’s statement on Wednesday in which he said that “Canada deplores and is gravely concerned by the violence” at the Israeli-Gaza border, which resulted in the death of 60 Palestinian protesters and injured more than 2,700 people.

“We are appalled that Dr. Tarek Loubani, a Canadian citizen, is among the wounded – along with so many unarmed people, including civilians, members of the media, first responders, and children,” Trudeau said in the statement, calling for an “immediate independent investigation.”

The Globe and Mail reported on Friday that Netanyahu rebuffed Trudeau’s call for an international investigation into Israel’s use of deadly force against protesters but pledged to get to the bottom of Loubani’s shooting. 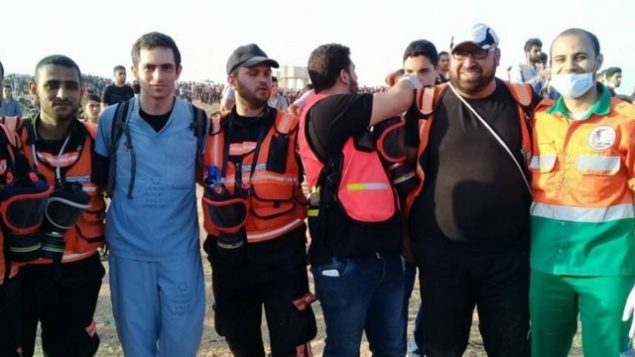 Dr. Tarek Loubani, in blue scrubs, was one of several medical volunteers who were shot while attending injured protesters. One died. (Tarek Loubani/Twitter)

Loubani, who works at the London Health Sciences Centre, said he was shot in the legs as he was standing with a group of paramedics about 25 metres away from the protest area, wearing “hospital green top and bottom so I could both be identified as medical staff and a physician.”

“Prime Minister Trudeau reaffirmed Canada’s call for a neutral process to ascertain how the actions of all the parties concerned had contributed to the events of May 14, including reported incitement by Hamas,” said the readout of the call posted by Trudeau’s office.

Trudeau’s unusual criticism of Israel for its “inexcusable” use of “excessive force” and “live ammunition” angered many in Canada’s Jewish community.

“We are deeply disappointed the government’s statement ignores Hamas’ direct responsibility for recent violence on the Israel-Gaza border,” said in a statement Shimon Koffler Fogel, CEO of the Centre for Israel and Jewish Affairs (CIJA).

“This contradicts the government’s long-stated position that, as a close ally and fellow liberal democracy, Israel can count on Canada’s support when its security is threatened. It also disregards Hamas’ claim today that 50 of 62 fatalities in the latest attempts to breach the border were Hamas members.”