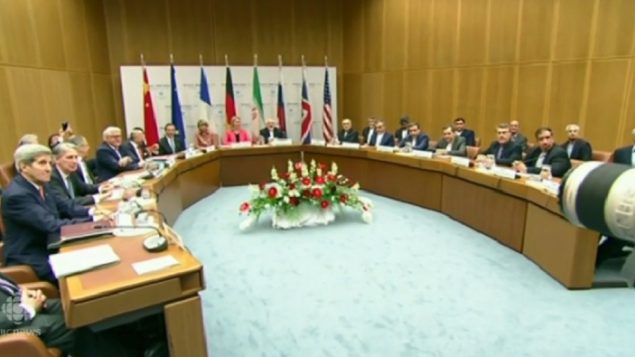 Several world leaders and top government official including John Kerry of the US and Iranian Foreign Minister Javad Zarif shown in 2015 announcing the deal worked out to end Iran's nuclear weapons programme for at least a decade. Source: CBC news

U.S President Trump has withdrawn support for an internationally negotiated deal to get Iran to end a programme to produce nuclear weapons.  While some insist the deal was not effective, others insist it was and was providing a measure of international stability in an otherwise unstable region.

The deal remains in place, but greatly shaken by the U.S. move. One expert in Canada said the U.S withdrawal is not only not helpful in keeping Iran in the international sphere, but is indeed likely to increase its resistance and incite the radical element in the country..

Ferry de Kerckhove (M.A. BSc Hon) is a senior fellow at the University of Ottawa, Graduate School of Public and International Affairs, and a Fellow at the Canadian Global affairs Institute

Iran is now weighing options on whether to continue the deal with remaining countries or itself withdraw, while suggesting it may renew uranium enrichment. 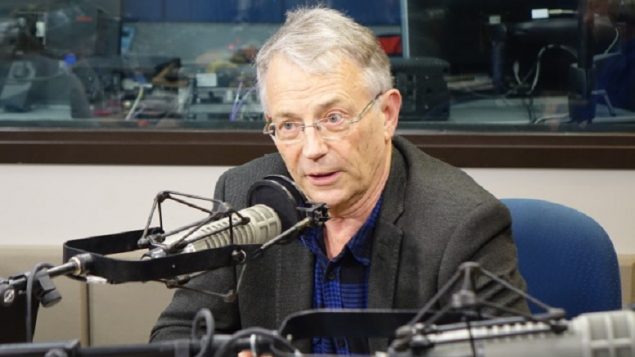 Former diplomat, Fellow at the Canadian Global Affairs Institute, and part-time professor at the University of Ottawa, and York University-Toronto. He feels the U.S decision is a mistake. Photo- Radio-Canada- Vanessa Costa

In part thanks to Canadian intelligence, it was determined in 2003 that Iran was pursuing a programme to develop nuclear arms. An international coalition of countries imposed such stiff sanctions that Iran came to the negotiating table where in 2015, a deal was worked out called the Joint Comprehensive Plan of Action (JCPOA).

In the deal, Iran was to comply with several objectives in return for an easing of the sanctions. 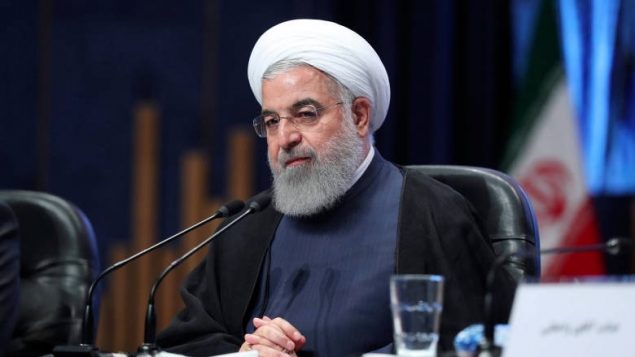 Iranian President Hassan Rouhani had predicted problems for his country if the U.S. pulled out of the nuclear deal and began to reinstate sanctions. After the news was confirmed, he said he’d try to talk to remaining nations, but didn’t rule out future uranium enrichment. Photo: Iranian Presidency Office via AP

Countries like Israel and Saudi Arabia have long criticised the deal, and the United States has since agreed that it does not do enough to ensure the end of Iran’s nuclear weapons goals.

Opponents, and now President Trump also say Iran was not keeping its part of the deal.

Canada’s former Prime Minister also expressed reservations about the JCPOA, whereas the current Prime Minister Justin Trudeau insists it was a good deal.

Earlier this month Canada’s Foreign Affairs Minister Chrystia Freeland released a statement which said in part that Canada, “believes that the Joint Comprehensive Plan of Action (JCPOA) is essential to prevent Iran from developing a nuclear weapons capability and to ensure greater regional and global security…. The JCPOA has subjected Iran’s nuclear program to a rigorous and unprecedented international verification regime by the International Atomic Energy Agency.  The JCPOA, … is not perfect. It has, however, helped to curb a real threat to international peace and security”.

Professor Kerckhove points out however that Canada’s voice in such matters carries little weight. 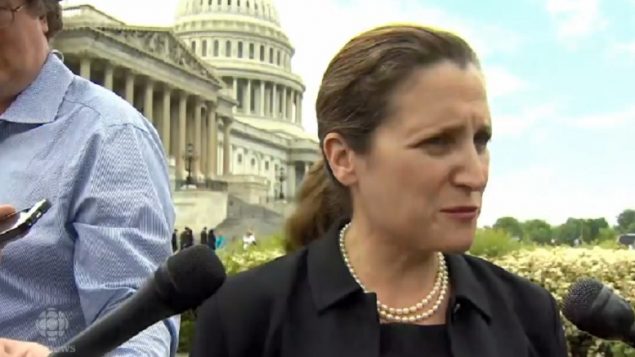 European nations have been trying to negotiate new restrictions in order to keep the U.S in the deal. Trump has given a grace period of several months for U.S corporations to wind up operations and deals with Iran, and EU officials have said he is open to renegotiating a better deal.

Former President Obama and former U.S Secretary of State, John Kerry, both criticised the withdrawal, along with other world leaders including French President Macron who says that France, Germany, and the U.K. were working on a broader agreement on nuclear activity and on stability in the Middle East including Yemen, Syria, and Iraq.

As for Iran, President Rouhani says there is only a short window of time before it could begin enriching uranium. Today the country’s Supreme Leader, Ayatollah Ali Khamenei, blasted the U.S saying it cannot deal with the U.S because America is not loyal to its commitments. He also called labelled the action “boastful and theatrical”.