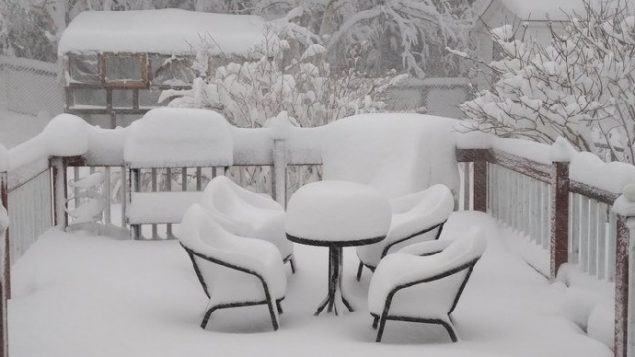 "it's beginning to look a lot like Christmas"...but wait, that was months ago! Photo: courtesy Justin Boudrea via VOCM radio

Oh Canada- what weather you have!

It is one large country, but what variations in conditions!

In Alberta, Saskatchewan, and Manitoba, wildfires, aided by unusually hot weather and lack of rain are threatening many communities and some evacuations have been ordered. 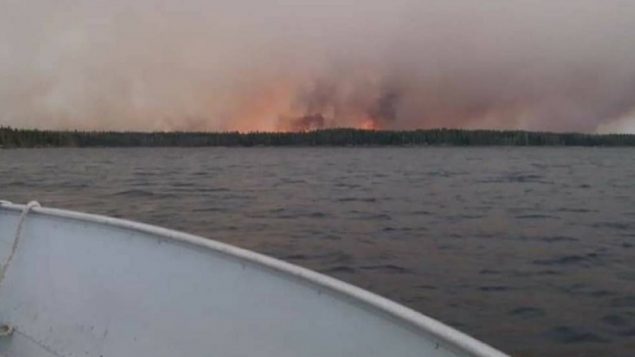 A large wildfire in eastern Manitoba has forced evacuations of aboriginal communities in Little Grand Rapids and Pauingassi near the border with Ontario. Photo submitted by Theresa Eischen

New Brunswick in the east, and central British Columbia in the west are just now recovering from record floods.

In Ontario and Quebec, on the other hand, its been an unusually long, and wet spring, and unusually cool.This has left people disheartened, and has been partially blamed for large die-offs in bee hives as plants didn’t flower early enough to provide pollen.

However, today southern Ontario will suddenly get two summer days with temps as high as 30 degrees.  Southern Quebec still cool-ish and damp will struggle into the 20  degree range

Yesterday however, portions of the Atlantic province of Newfoundland received a nasty surprise visit back from winter. 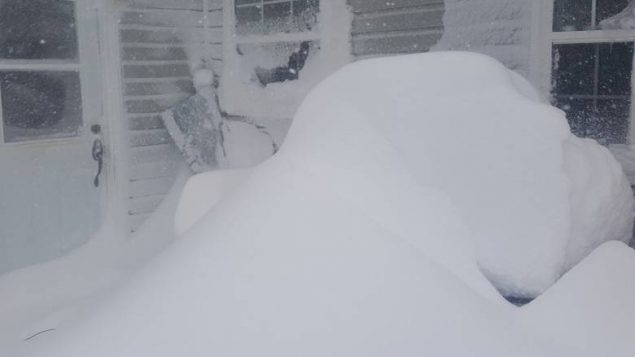 View outside the house of CBC producer David Newell in Gander. No not January, today!. Photo D Newell 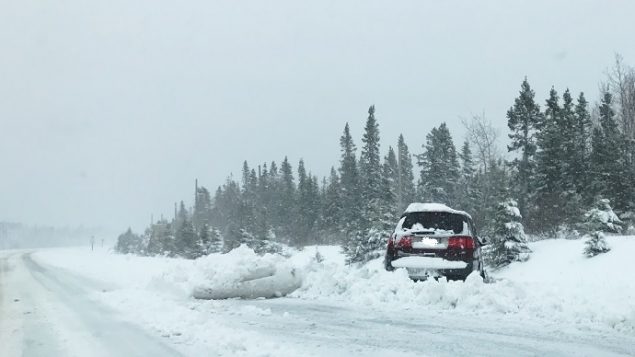 The snow made driving conditions dangerous, as several cars and tractor trailers slid off roads in the central and eastern areas hard hit by record snowfall. Scene near Appleton May 24, 2018. Photo: Robert Pierce via VOCM

Probably some were happy though, schools throughout the region are closed today.