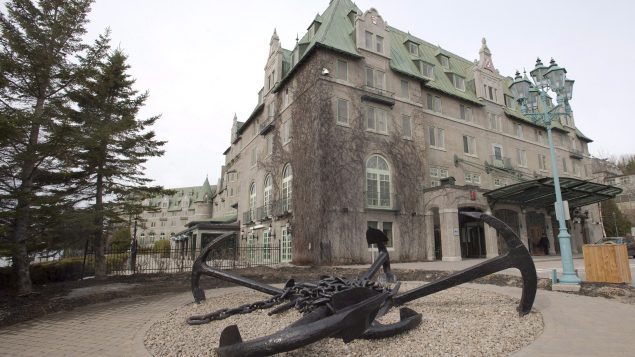 Le Manoir Richelieu, site of the upcoming G7 Summit, is seen Wednesday, April 25, 2018 in La Malbaie, Que. The 405-room Manoir Richelieu in La Malbaie will host the 44th annual G7 summit on June 8-9, when the leaders of seven industrialized countries, their spouses and other dignitaries make their way to the idyllic Charlevoix region about 150 kilometres northeast of Quebec City. (Ryan Remiorz/THE CANADIAN PRESS)

Canada will stick to its priorities at G7 summit in Charlevoix, says expert

Despite the looming trade war with its largest trading partner, Canada’s goal at the upcoming G7 leaders’ summit in Charlevoix will be to make a significant advance on the five priorities outlined by Prime Minister Justin Trudeau, experts say.

Trudeau will host the leaders of France, Germany, Italy, Japan, the United Kingdom, and the United States and the European Union at a summit in the Charlevoix region of Quebec, about 400 kilometres northeast of Montreal, from June 8 to 9.

Canada has also invited leaders of 12 other countries as well as the heads of the United Nations, the International Monetary Fund (IMF), the Organisation for Economic Co-operation and Development (OECD), and the World Bank.

When Canada assumed the rotating chairmanship of G7 in 2018, Trudeau pledged to focus his efforts on promoting inclusive growth; education for digital jobs of the future; advancing gender equality and women’s empowerment; fighting climate change and cleaning up oceans, and building a more peaceful and secure world.

“Despite all the inevitable developments in the real world, they are still on track to deliver that agenda,” said John Kirton, director of the G7 Research Group at the University of Toronto. 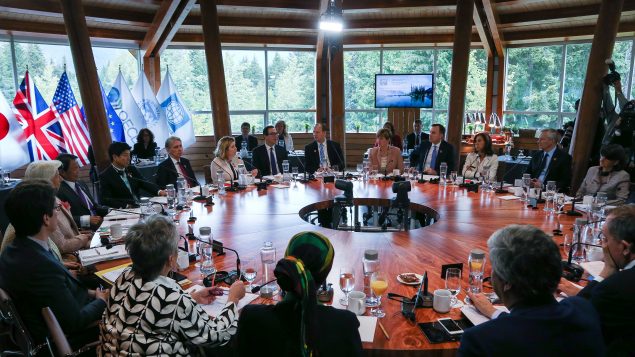 Summit organizers had already factored in and were prepared to deal with “predictable surprises” such as North Korea’s nuclear and missile program, the U.S. withdrawal from the Iran nuclear deal or the latest round of protectionist measures on steel and aluminum trade announced by the Trump administration, Kirton said.

“The only really genuine surprise I think is they didn’t imagine they’d be facing the possibility of another global financial crisis,” Kirton said.

Argentina, which has been invited to take part in the Charlevoix summit, has had to go to the IMF for assistance, Turkey’s economy is wobbly, and the political crises in Italy and Spain have already affected markets across the Atlantic, he said.

“That is the one thing that will demand all the leaders’ attention,” Kirton said. 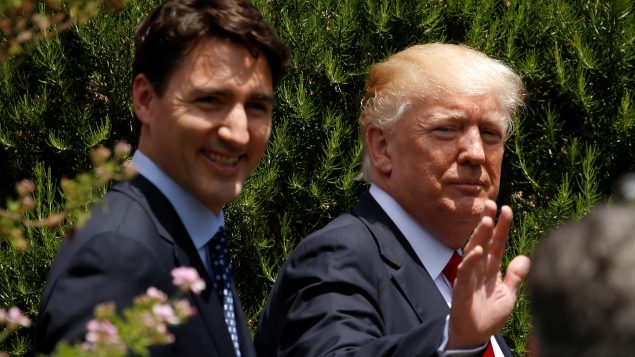 Despite the drama generated by the U.S. decision to impose punitive tariffs on steel and aluminum imports from Canada, Mexico and the European Union, Kirton believes the atmosphere around negotiating table in Charlevoix will be quite congenial.

Last year’s G7 summit in Taormina, Italy, provides a good empirical example of what to expect when leaders get together with U.S. President Donald Trump, Kirton said.

“Around the summit table, throughout the entire summit you saw none of the bullying or blustering or any of that staff, which has come to define Trump of the tweets,” Kirton said.

Trump listened, learned, interacted and was part of a consensus on a range of issues from terrorism to women’s empowerment, Kirton added.

“There is nothing fundamentally that has changed that will mean that he’ll behave any differently at Charlevoix,” Kirton said.

“And the summit has always been the lonely hearts club,” Kirton said. “You’ve got nine leaders all alone in a room and they are the only ones in the entire world to really understand each other, how tough it is to govern.” 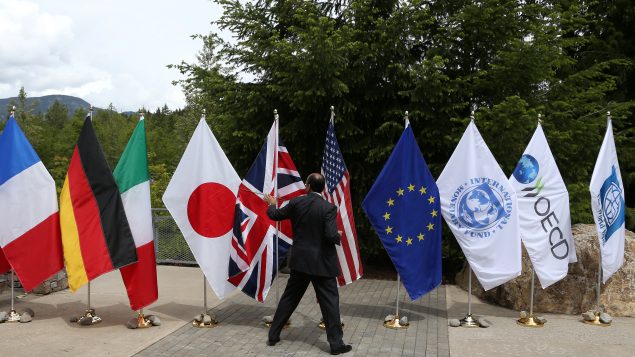 A delegate grabs a flag to prevent it from being blown over by the wind outside of the G7 Finance Ministers summit in Whistler, British Columbia, Canada, May 31, 2018. (Ben Nelms/REUTERS)

In addition, the priorities set out by Canada – inclusive growth, empowering women and girls, educating people for the digital jobs of the future, cleaning up the oceans of plastic and creating resilient coastal communities, fighting terrorism – are something that all G7 leaders can rally around, he said.

The summit success will be judged by how much money Trudeau will be able to raise from the participants to finance some of its signature initiatives, such as educating poor girls, removing plastics from the oceans and making the coastal communities more resilient to the effects of climate change, and protecting western democracies from foreign interference, Kirton said.