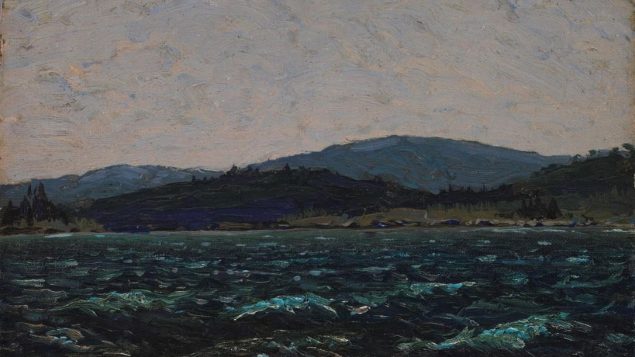 A previously unknown sketch for "Lake in Algonquin Park" by Canadian painter Tom Thomson was sold for many times its estimated value. Photo Heffel Inc-Canadian Press-file

It was a small and dusty old painting that the owner thought wasn’t so great, and certainly not by a now world-renowned deceased artist.

Tom Thomson is the iconic Canadian wilderness painter who is often viewed as the inspiration for the now equally famous Group of Seven Canadian painters whose works now sell in the hundreds of thousands to the millions of dollars. A Thomson painting recently sold for over $2 million.

Adding to the mystique of his extremely evocative paintings, in 1917 Thomson died an untimely death at age 39 under highly mysterious circumstances in the vast Alqonquin Park he so loved.

Like many of his paintings, Tom Thomson would paint small “sketchs” while camping which were easy to transport in the wild. These would later often be reworked into larger paintings.

In this case the small sketch  painted in 1912 or 1913 was indeed used for a larger work “Lake in Algonquin Park” which hangs in the National Gallery in Ottawa. 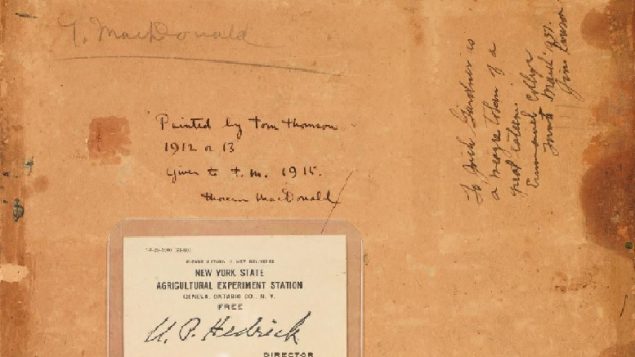 Even though there was writing on the back indicating it was by Thomson, Gardiner couldn’t believe a valuable painting would be in her family’s possession. Photo: Heffel Inc- Canadian Press file photo

Glena Gardiner now 71, inherited the painting from her father, a United Church minister in Toronto who in turn had received it as a gift in 1937 from another minister.

Even though her father thought the 18 x 25 cm painting was a valuable Thomson, she never really believed him because, “My dad was a bit of a joker, so I always took it as a joke of his that this was a Tom Thomson”, adding, “If it was a Tom Thomson and Tom Thomson was famous, what was it doing in our house? It just didn’t seem to fit in with a minister’s daughter”. Also after years in the basement it had become dull and dusty. 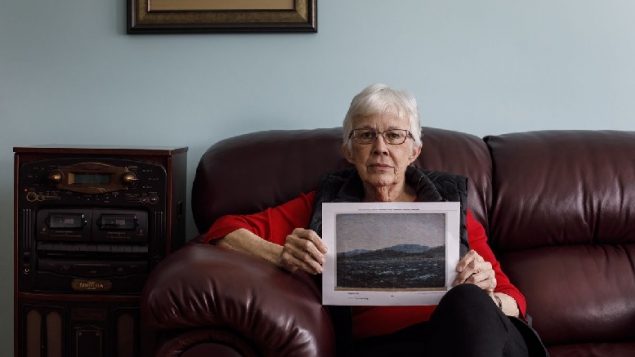 Glenna Gardiner holds a photo of the painting in Edmonton Alberta, on March 28, 2018 shortly after it was confirmed the sketch was indeed a valuable Tom Thomson. Photo_ Jason Franson-Canadian Press

With her father’s death she and her sister divided the affairs, Her sister took the paintings she wanted and the sketch was one the things left over for Gardiner.

A later move by Gardiner meant there was no real place for the small painting so it ended up in a pile of other paintings on a table in her basement.

Then with a longtime friend who visited they went through some of the old paintings and the friend, Marit Mayne, liked it and thought it might indeed be a Thomson.  It later became a bit of a joke between them as to its origins.

Then when Mayne was back home the painting came as a 70th birthday gift  in a delivery from Gardiner who said she could have it because she had admired it.  Gardiner added that if was worth anything the money could be used for them to go on a trip.

Well, a friend later visiting from Norway insisted the small painting be evaluated which confirmed it was indeed a Thomson.

The Heffel Fine Art Gallery auction house had the painting cleaned and its features and artistic style revealed. They also had the paints analysed and noted that the white paint was a very particular brand, Freeman’s white which apparently only Thomson used, and later the Group of Seven until 1920, noting it has not been found in any other artist’s work. 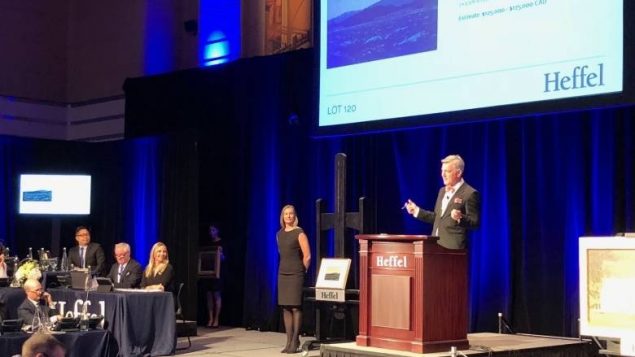 With the money, the women do intend to take a cruise, and will visit the friend in Norway who insisted that the painting be evaluated.

Other notable works at the same auction included a sketch called “Morning, Lake Superior” by Group of Seven founder Lawren Harris which sold for $1.1 million — far above the pre-sale estimate of between $100,000 and $150,000.