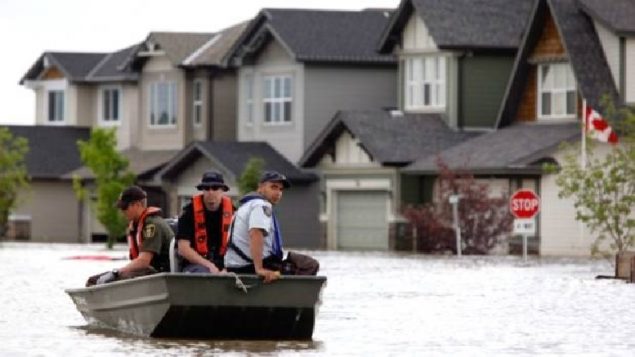 Members of the RCMP return from a boat patrol of a still flooded neighborhood in High River, Alberta., Thursday, July 4, 2013. One project of the Global Water Futures is developing more accurate models to predict flooding before it happens Photo: Jeff McIntosh / THE CANADIAN PRESS

Its becoming more common to hear of unexpected flood disasters, drought disasters, and lack of safe drinking water, not only in Canada, but around the world.

A major initial gathering to discuss issues concerning water is wrapping up a four-day conference today.

About 400 scientists and other officials primarily from across Canada, but including scientists from around the world are attending the Global Water Futures gathering at McMaster University in Hamilton Ontario.

Global Water Futures is a seven-year, University of Saskatchewan-led research program established in 2016. 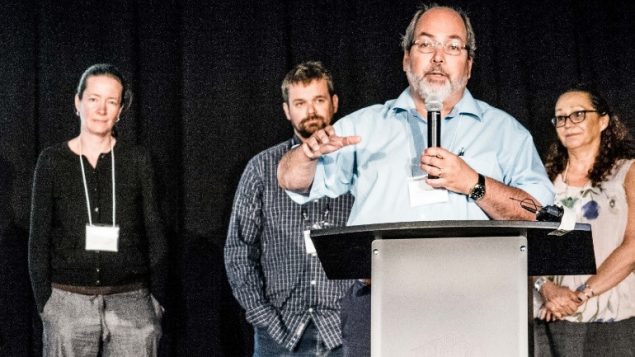 The research goal is to transform the way communities, governments and industries in Canada and other cold regions of the world prepare for and manage increasing water-related threats. 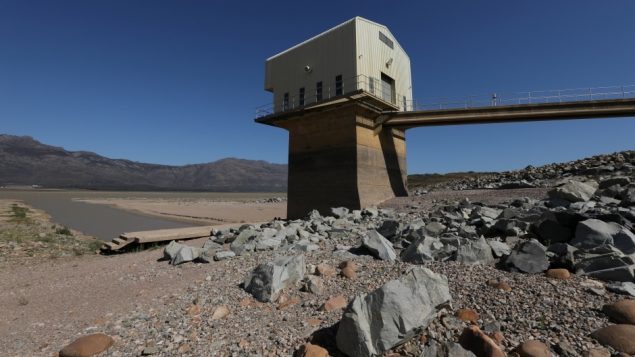 Cape Town S.Africa water reservoir near zero. The city has narrowly avoided a major crisis with heavy rain recently and major usage restrictions. The GWF will also be developing strategies to predict and avoid such situations in future. Photo Mike Hutchings-Reuters

This first meeting is to determine progress to date on a number of initiatives and to exchange ideas and information among a wide variety of collaborators and interested parties. 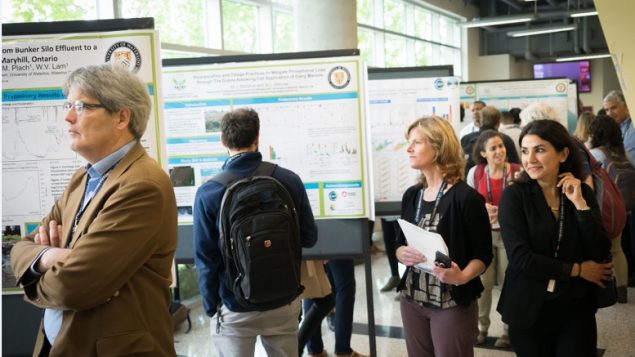 Delegates in the corridor outside one of the sessions at the Six Nation Reserve. Sessions were split between McMaster University and the Reserve. Photo: Mark Ferguson.

The project seeks to develop solutions and predictive models for Canada in these first years that can then also be shared with other countries and regions around the world, with scientists from Europe, Asia, South America and Africa already on board.

Other more localised international meetings, such as one set for October in Chile to discuss mountain water issues such as de-glaciation, are set to take place between the major annual gatherings to be held in Canada.