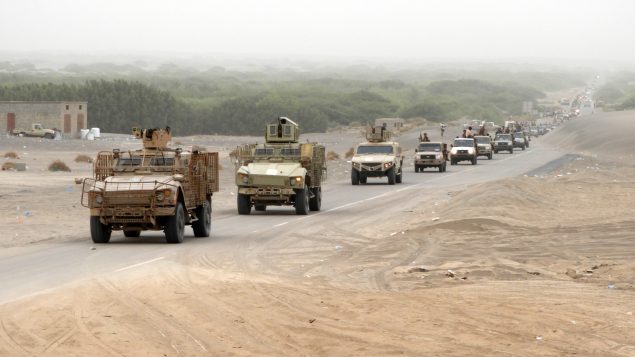 An alliance of Arab states launched an attack on Yemen’s main port city on Wednesday in the largest battle of the war, despite warnings that the operation to capture Hodeida from Iran-backed Houthi risks worsening the world’s biggest humanitarian crisis.

Fighting led by forces supported by United Arab Emirates raged near Hodeida airport and al-Durayhmi, a rural area 10 km south of the city, media controlled by the Arab states and their Yemeni allies reported.

Jolien Veldwijk, CARE’s acting country director in Yemen, said there had been more than 30 airstrikes within 30 minutes Wednesday morning around the city.

“Some civilians are entrapped, others forced from their homes,” Veldwijk said. “We thought it could not get any worse, but unfortunately we were wrong.”

Yemenis drop off boxes of humanitarian aid provided by the Emirati Red Crescent in the coastal town of Mujailis, south of the city of Hodeida, on June 6, 2018. (Nabil Hassan/AFP/Getty Images)

The offensive risks cutting the lifeline of millions of Yemenis, humanitarian agencies warned.

“Food imports already reached the lowest levels since the conflict started and the price of basic commodities has risen by a third,” Veldwijk said. “We are gravely concerned that parts of the population could experience famine.”

Speaking in Geneva in response to reports that fighting had intensified around Hodeida, UN Refugee Agency chief Filippo Grandi said that it would make aid access even more difficult.

“It’s not just the humanitarian access which has been on and off, but is also more important, access of goods through trade,” Grandi said. “Fuel, food, medicines, at least these three big areas.”

Speaking on Monday, UN relief chief Mark Lowcock told correspondents at UN Headquarters that ninety per cent of the food and medicines that are consumed in Yemen are imported and seventy per cent of those imports go through Hodeida.

According to the UN more than a quarter million people could lose everything, including their lives, if fighting escalates and moves into built-up areas of Hodeida.

A long, violent and bloody fight 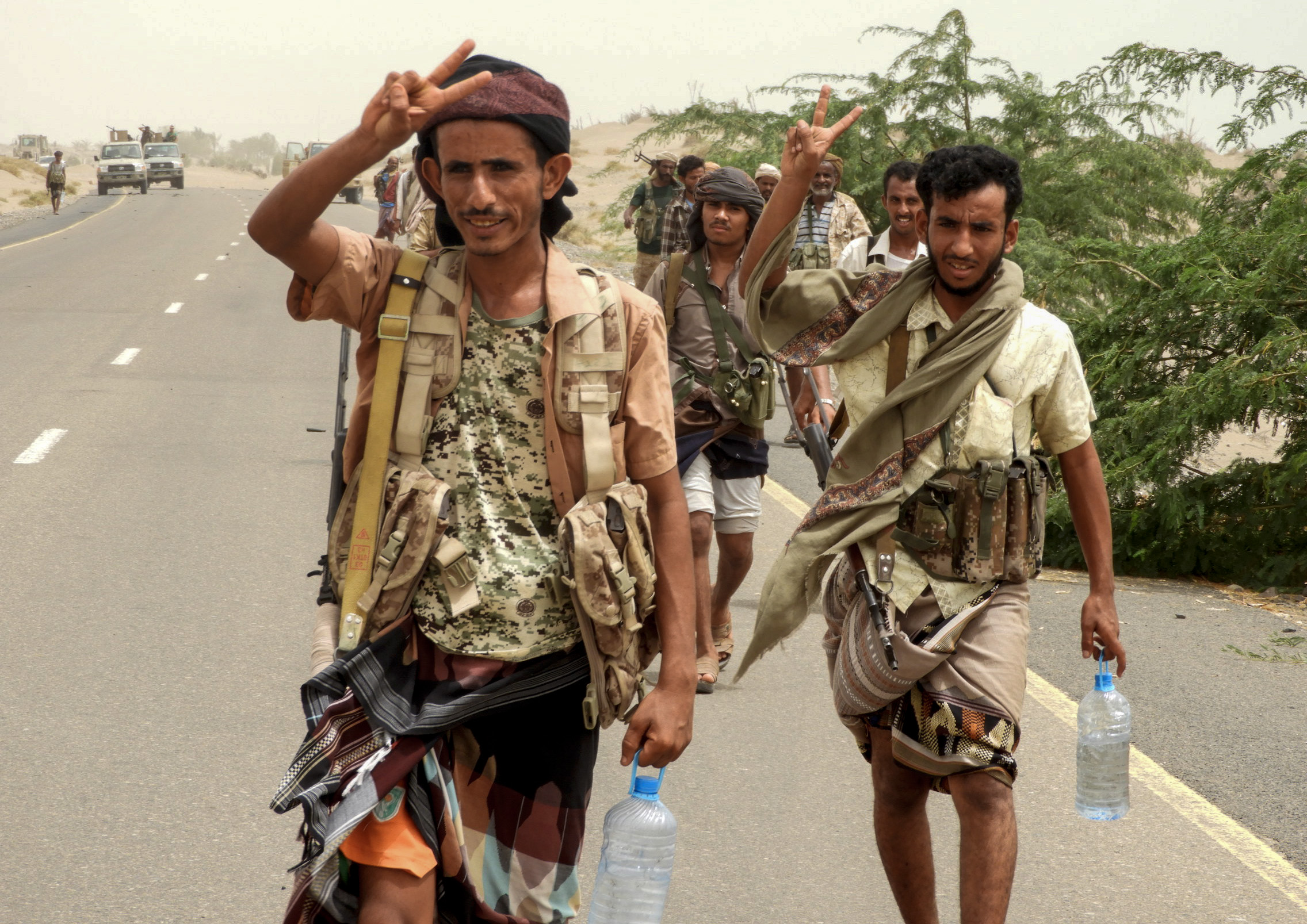 The civil war in Yemen has already cost the lives of more than 10,000 people. More than 22 million people are in need of humanitarian assistance and protection, and more than 8 million people already face the risk of starvation.

Thomas Juneau, assistant professor at the Graduate School of Public and International Affairs at the University of Ottawa, said he expects the Saudi-led coalition to eventually capture the port city but at great cost.

“The fight to take Hodeida is going to be long, violent and bloody,” said Juneau, who has studied in Yemen.

The pro-government Yemeni forces supported by the UAE are led by a relatively young capable commander, Tarek Saleh, Juneau said. He is the nephew of former president Ali Abdullah Saleh who was killed by his former Houthi allies in December after he betrayed them and switched sides in the bloody conflict.

Saleh, who has sworn to avenge his uncle, has thousands of capable and battle-tested troops at his disposal.

The Houthis, on the other hand will have a difficult time resupplying their troops in Hodeida, Juneau said.

“It’s relatively far away from their core areas in the northwest,” Juneau said. “I drove from the northwest to Hodeida, it’s a difficult and long drive.”

War could get worse

However, losing Hodeida is not going to deal a deathblow for the Houthi movement, he warned.

“The Hodeida port is already severely blockaded by the Saudi-led coalition, so even though the Houthis manage to smuggle in some weapons and food through Hodeida, in practice it’s not that much,” Juneau said. “So it’s not a big loss and politically it’s not their core area.”

The war is far from over even if the Saudi-led coalition manages to capture Hodeida, he said.

“If you look at the battle lines, in almost three years they have not shifted a lot,” Juneau said. “Hodeida changing from the Houthis to the coalition would be one of those rare changes in battle lines, but not a strategic one, not a game-changing one.”

While both the Houthis and the Western- and Saudi-backed government of President Abdrabbuh Mansour Hadi profess desire for negotiations, in reality neither they nor the coalition is ready to give up fighting, Juneau said.

“At least for the rest of 2018 I just see this war continuing and if anything, getting worse.”