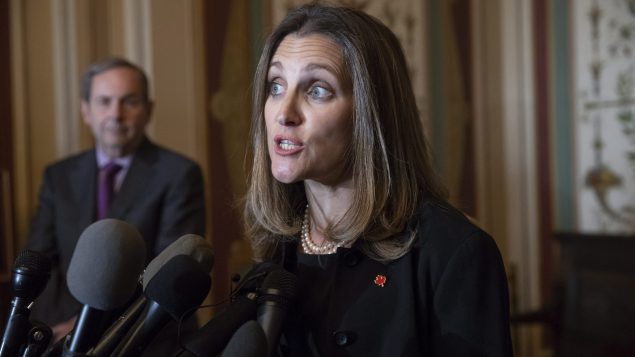 On Wednesday she met with the influential U.S. Senate Foreign Relations Committee and addressed the Foreign Policy forum, an influential foreign policy group that named her “diplomat of the year.” 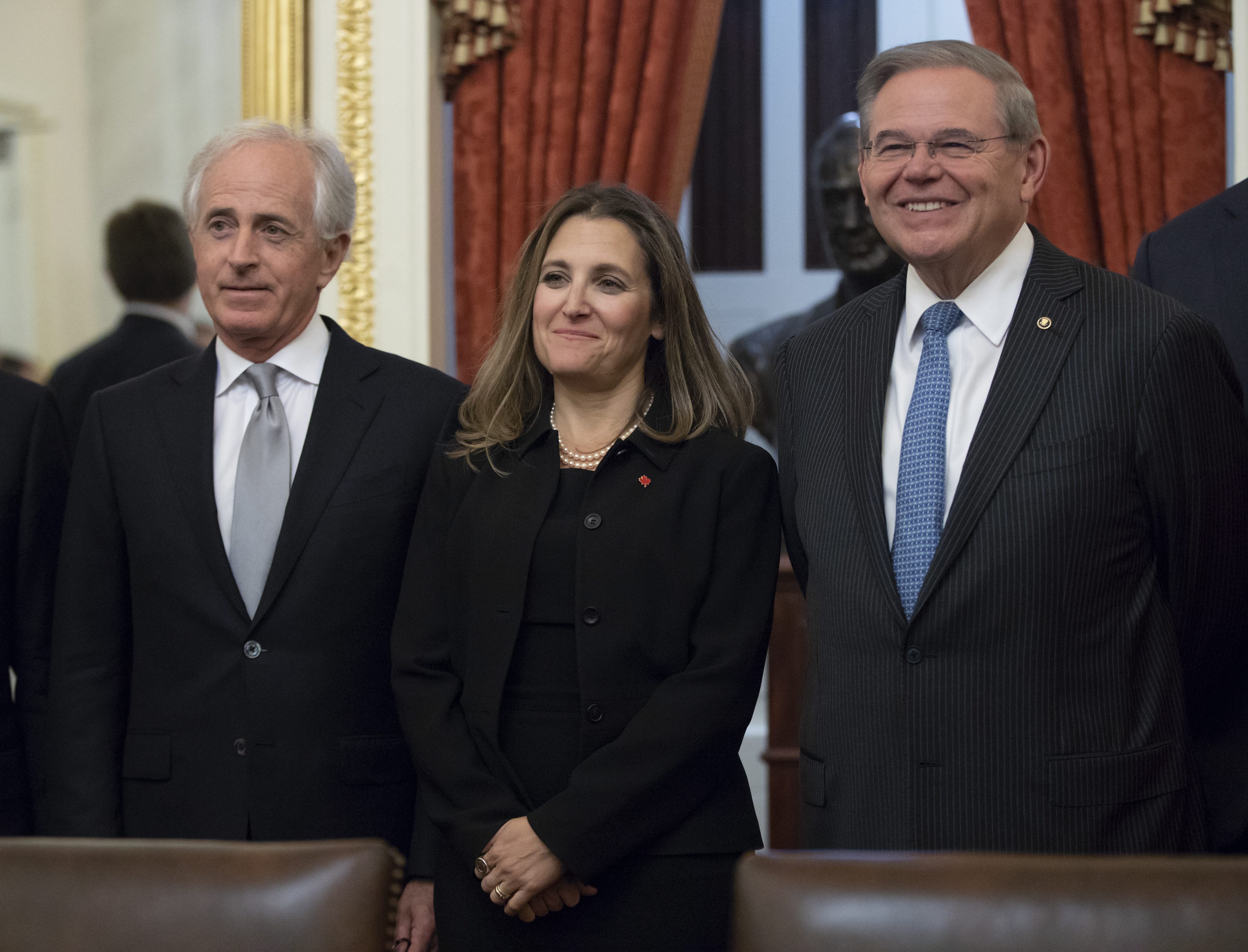 Canada, she said, was moving forward “more in sorrow than in anger with retaliatory tariffs that will take effect July 1.

Though previously planned, Freeland’s visit is part of long-running Canadian efforts to emphasize the importance of trade between the two countries.

Freeland told the senators that the U.S. imposition of tariffs is illegal under both World Trade Organization and North American Free Trade Agreement rules, adding that Canada had the support of the European Union and Mexico when it took the matter to both tribunals. 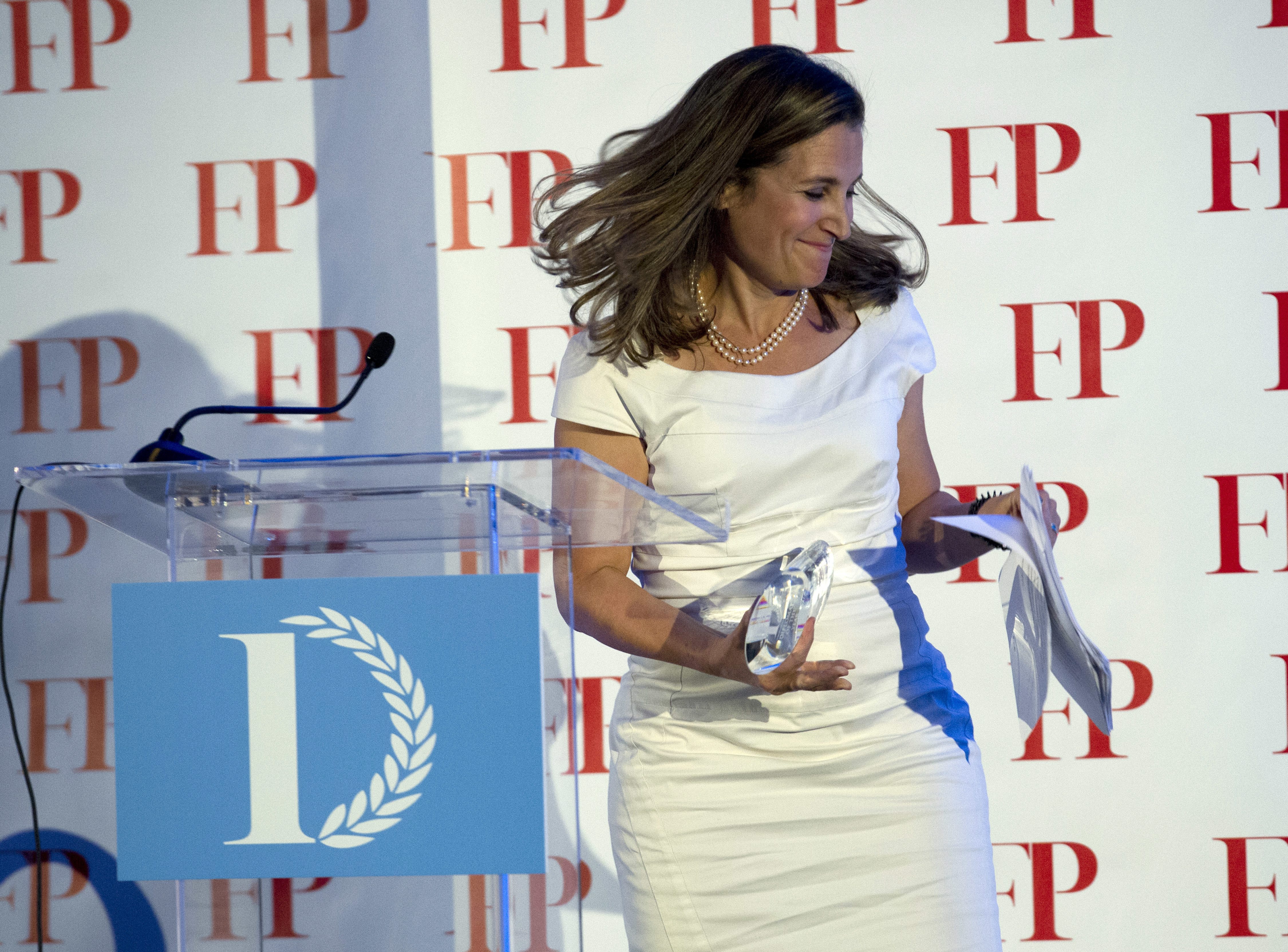 Freeland noted that the Canadian Parliament unanimously backed a resolution condemning the language used by Trump and U.S. officials over the weekend.

In a tweet from Air Force One Saturday following the G7 meeting Trump attacked Trudeau as “very dishonest and weak.”

On Sunday White House trade advisor Peter Navarro declared on U.S. television that there was “a special place in hell” for Trudeau after he announced Canada’s decision to apply retaliatory tariffs.

In a formal acknowledgement of verbal attacks, Trudeau rose in the Commons Wednesday to publicly thank Conservative Opposition Leader Andrew Sheer, all opposition MPs and “all Canadians for standing together in this moment of difficulties in our relationship with the United States.”