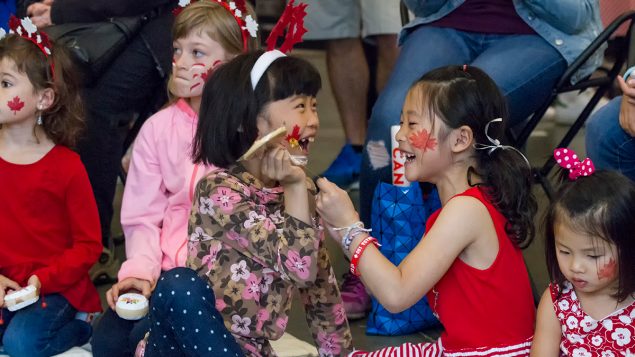 Children wore the iconic maple leaf on their faces and heads at 2017 Canada Day festivities at the immigration museum in Halifax. (Canadian Museum of Immigration at Pier 21)

To celebrate the 151th anniversary of the confederation of Canada, Canadians are invited to reaffirm their citizenship alongside people who will be sworn in as new Canadian citizens on July 1, 2018. The Canadian Museum of Immigration at Pier 21 has organized the citizenship ceremony along with several other activities that emphasize Canada’s varied ethnic heritage. The public is invited to attend and admission is free at the museum located in the eastern city of Halifax. 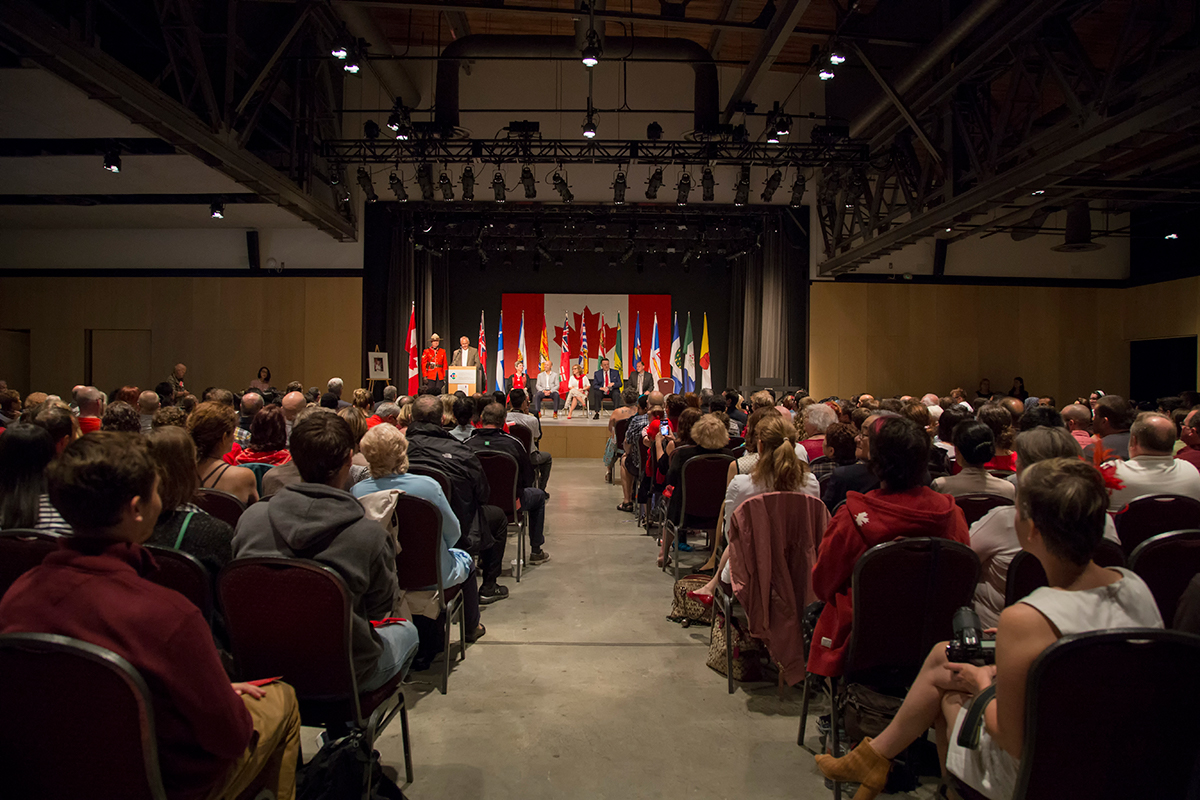 A citizenship ceremony was held at the immigration museum on July 1, 2017. (Canadian Museum of Immigration at Pier 21)

Traditions from many cultures featured

Families will be able to get henna tattoos which are the temporary staining of designs on the skin that are traditional in India, the Middle East and many other parts of the world. They can also make origami which is the Japanese art of folding paper in to the shapes of flowers, animals or objects.

There will be dance and other performances from Indigenous cultures as well as Chinese, African, Filipino, Irish, Greek and others.

The museum’s mandate is to enhance public understanding of the experience of immigrants to Canada and the vital role immigration has played in building the country. 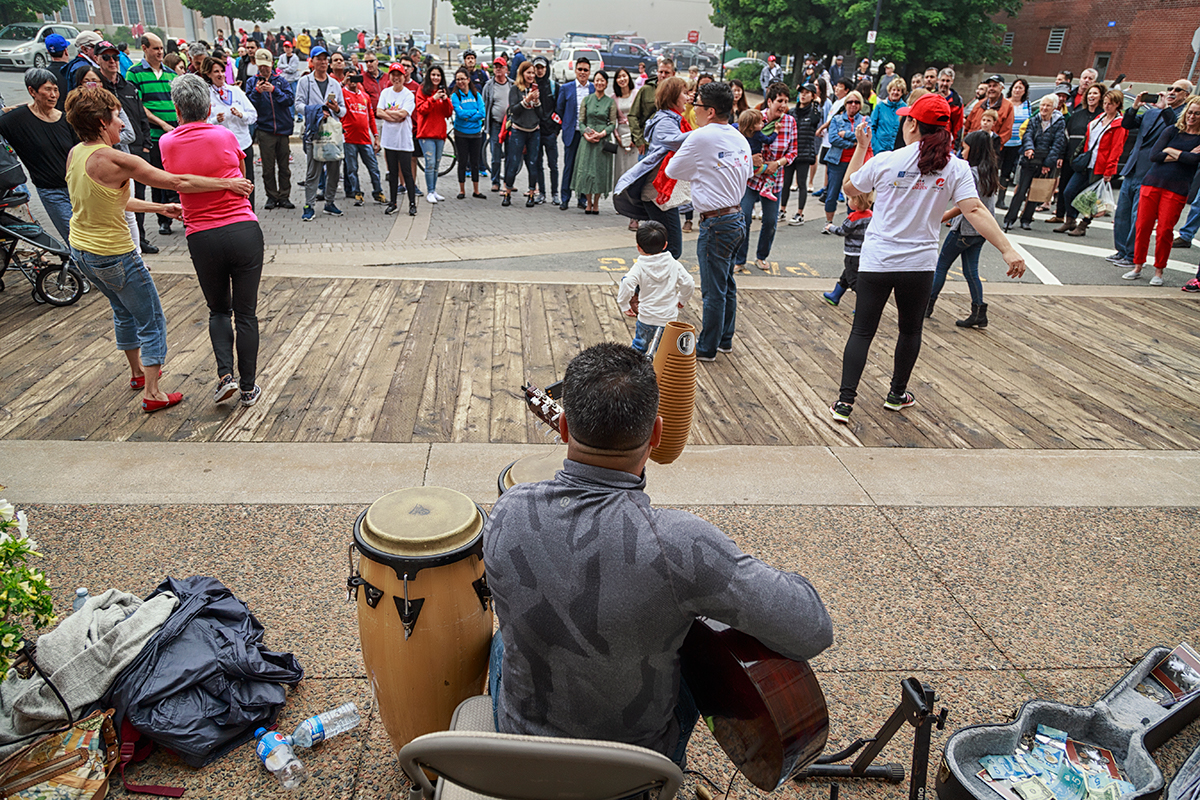 Last year, a musician played Cuban pieces and an irresistible reason to dance outside the museum. (Canadian Museum of Immigration at Pier 21)