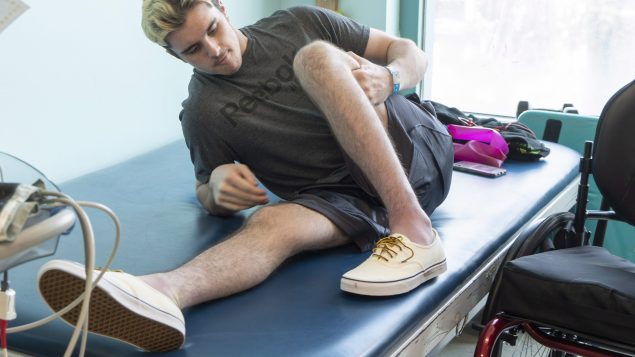 Humboldt Broncos survivor Ryan Straschnitzki practices getting from his wheelchair onto an exercise table during a physiotherapy session at the Shriners Hospital in Philadelphia on June 25, 2018. (Paul Chiasson/The Canadian Press)

Hockey player Ryan Straschnitzki was paralyzed from the chest down in his team’s catastrophic bus crash, but now he is at the Shriners Hospital for Children in Philadelphia working hard at rehabilitation. “He’s just driven and motivated,” said physiotherapist Christin Krey to Canadian Press (CP). “He did great today so our intention is to keep moving with that.

“The ultimate goal over time for him is to potentially see some improvements and some muscles that aren’t working right now or some sensory changes or some balance improvements.”

Sixteen people died and 13 other were injured in a collision between the Humboldt Broncos hockey team bus and a transport truck on April 6, 2018 in the western province of Saskatchewan.

Straschinitzki suffered a spinal injury, broken ribs, a broken collar bone, a punctured lung and bleeding in his head and pelvis. He was initially treated in Canada but was offered rehabilitation with more advanced technology available the Shriner’s specialized spinal cord rehabilitation program. A private plane was sent to pick him up on May 31, 2018. 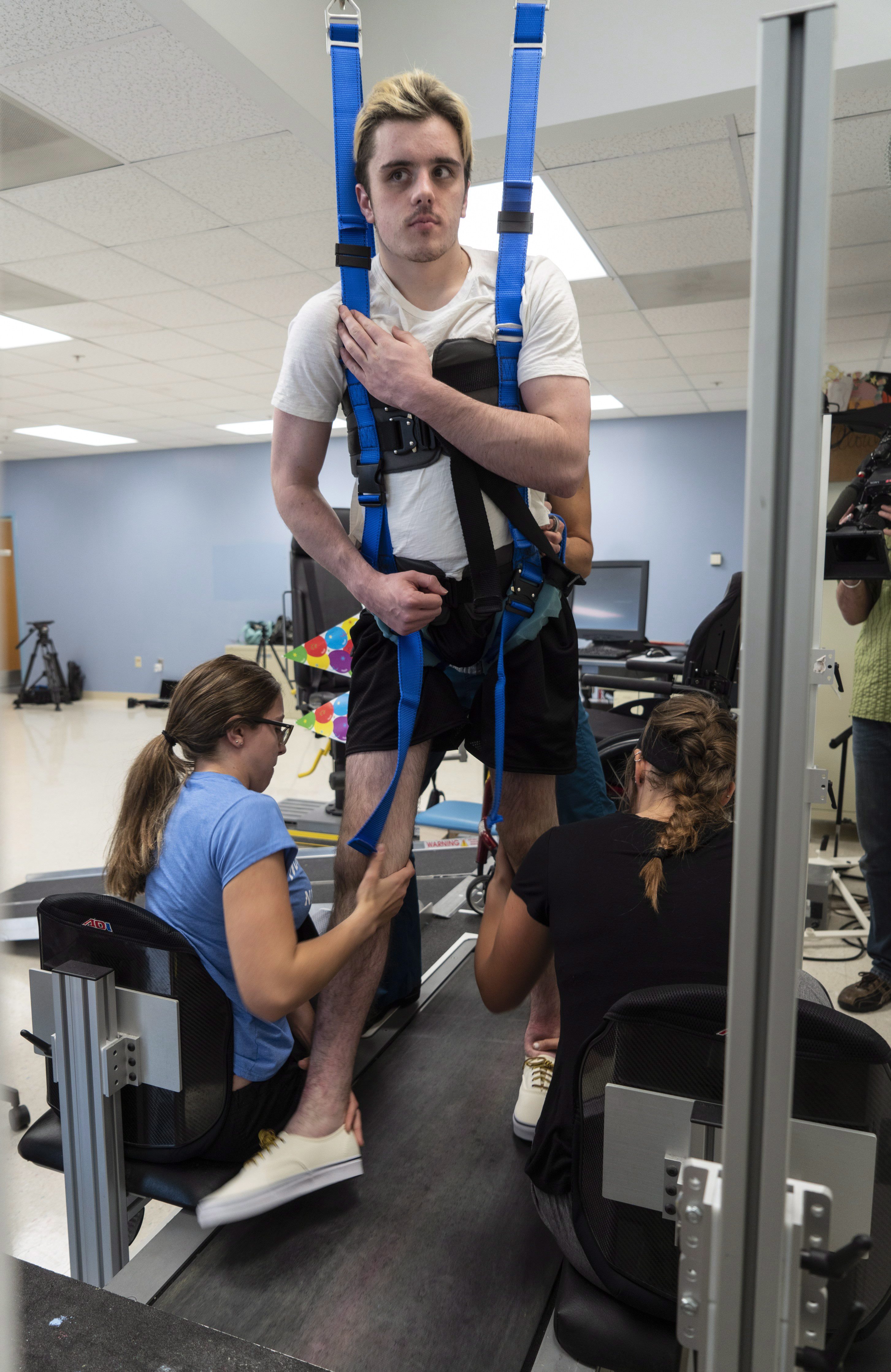 Ryan Straschnitzki walks on a treadmill with the help of physiotherapists. (Paul Chiasson/The Canadian Press)

Teen has many plans, positive outlook

Straschinitzki spent an hour this week lifting himself from a wheelchair to a physio table. This is the kind of move that will enable to get into an SUV so he can spend time with friends when he gets home.

In another exercise, he was suspended above a treadmill and helped to simulate walking. While he is in Philadelphia, his home is being renovated so it will be more easily accessible for him.

He is considering getting a business degree or pursuing a career in broadcasting. As he put it to CP:   “I’m not looking at this as a negative,” Straschnitzki said. “It’s just a different curve that maybe God has chosen for me, but I’m willing to accept the challenge and live my life to the fullest.”

With files from The Canadian Press and CBC. 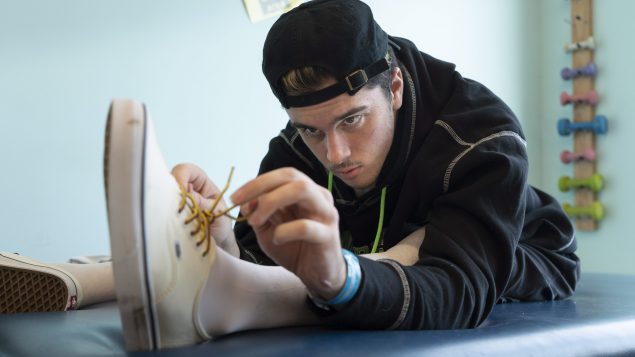