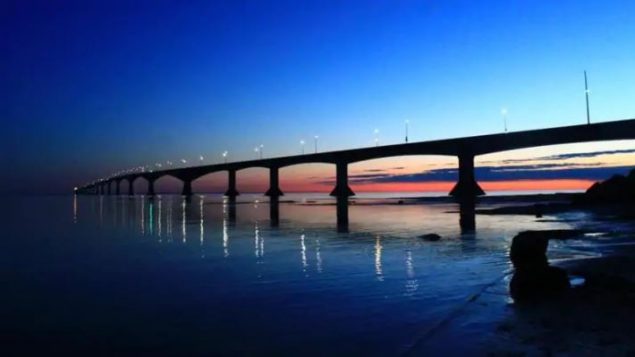 Confederation Bridge, the fixed link to Canada’s tiny island province of Prince Edward Island, is really the only human-made creation that astronauts can see from the International Space Station (ISS).

This is what Canada’s Governor General, Julie Payette told a gathering on her first official visit to the province, Monday evening.

Julie Payette is the second Canadian woman to fly in the outer space above the earth.. 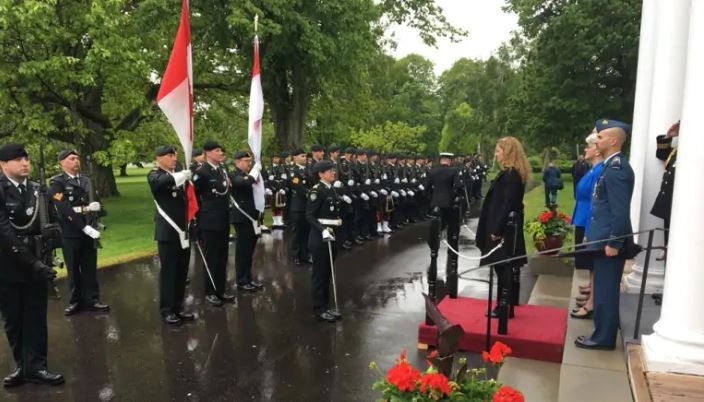 ‘We’ll make this quick,’ Payette said with a laugh as she inspected the honour guard in the drizzling rain Monday, June 25, 2018 (Julien Lecacheur/CBC)

Roberta Bondar was the first in 1992, when she was aboard NASA’s space shuttle Discovery.

According to her website, Bondar was “the first neurologist in space and Canada’s first woman astronaut. As a payload specialist she conducted over forty advanced scientific experiments for fourteen nations.”

“It’s very long, it’s very white, and it’s on the background of the blue sea”

Julie Payette was on two missions on the space station, the first in 1999. On the second in 2009, she travelled 10.5 million kilometres on 248 orbits of the earth.

“I’ve had the chance to see P.E.I. from space.” she told the audience at Government House in Charlottetown, the capital of P.E.I, Monday evening.. 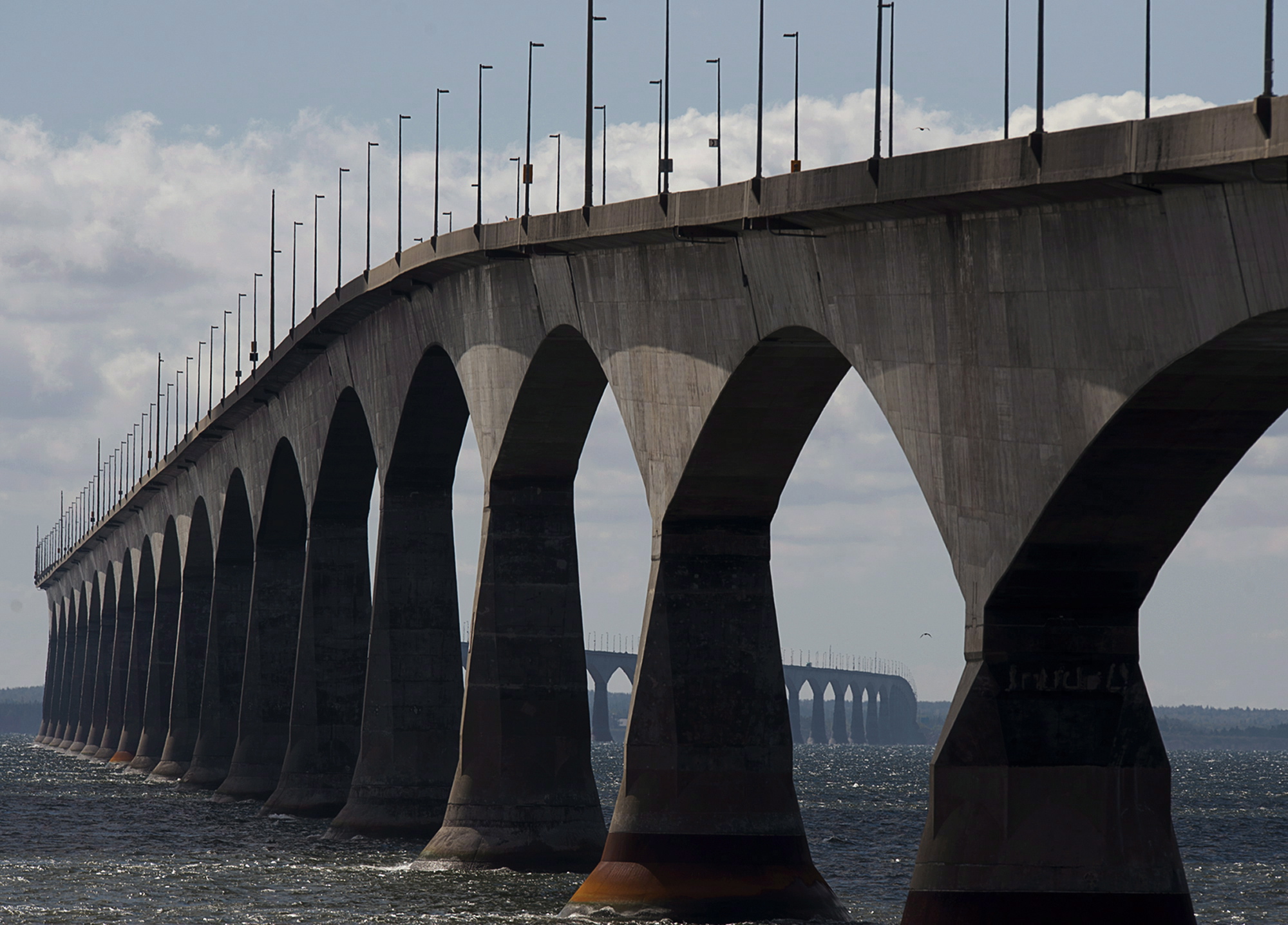 Confedration Bridge, viewed from the P.E.I. side, on Sept. 27, 2013. It is 13 kilometres long and cost $1 billion to build in 1997 and there are 44 of those pillars across the span, some higher than others to allow the ships to pass. (CP/Andrew Vaughan)

And she said, unlike the Great Wall of China, which she said was not so visible, Confederation Bridge is!

“It’s very long, it’s very white, and it’s on the background of the blue sea” she said. 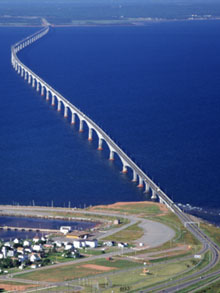 The Confederation Bridge spans the Abegweit Passage of Northumberland Strait, It was commonly referred to as the “Fixed Link” by residents of P.E.I. prior to its official naming. Construction began in the fall of 1993, and continued for three-and-a-half years. The bridge opened on 31 May 1997.(Courtesy of Strait Crossing Bridge Ltd.)