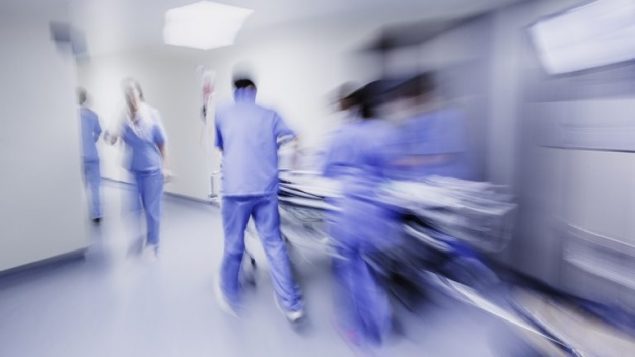 A new trauma technique can reduce critical time to deal with internal bleeding, eliminate invasive chest surgery, and reduce blood transfusions. Its been used for the first time in Canada. (iStock)

A first in Canada for a new technique in surgical emergencies.

“A revolution in trauma care”

A patient comes in to the hospital emergency room with serious internal bleeding in the abdomen or lower body, It may be from a gunshot, car accident, fight, or some other hemorrhaging incident but they are losing blood fast and are in mortal danger.

While paramedics supply fluids to keep up blood pressure to the brain and heart, the first thing surgeons must do is try to stop the bleeding. Time is extremely critical.

A new technique can save many minutes and major invasive surgery. This was performed recently for the first time in Canada.

Dr Andrew Beckett (CD, MD,MSC, FRCSC)  is trauma surgeon at the Montreal General Hospital and a Lieutenant-Colonel in the Canadian Army in the Royal Canadian Medical Services.

In an emergency situation involving internal bleeding, doctors typically have to make rapid deep incisions to block the aorta and then use metal clamps. It’s a process than can take many critical minutes, and can result in even more blood loss and later pain. 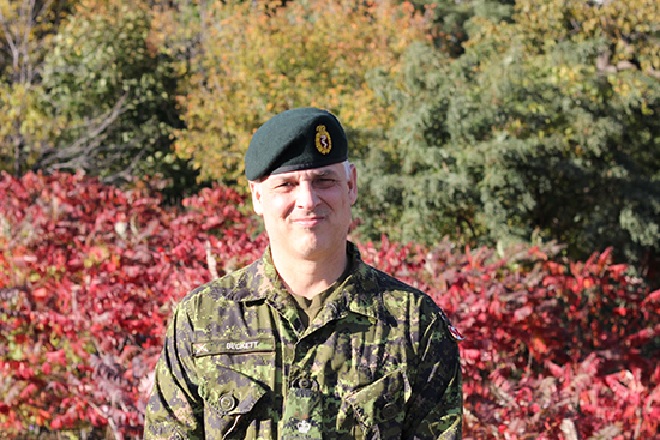 A Lieutenant Colonel in the Canadian Forces medical service, Dr Andrew Beckett spends much of his time at McGill University as a medical professor, and as a trauma specialist and ICU doctor at the Montreal General Hospital (MUHC)

The new technique involves a device called the ER-REBOA The E-R represent the initials of the two inventors (Eliason and Rasmussen), and REBOA stands for “resuscitative endovascular balloon occlusion of the aorta”.

The device involves a thin, stiff, but flexible tube with an inflatable balloon near its tip. The tip itself is a sensitive device that reads arterial pressure. 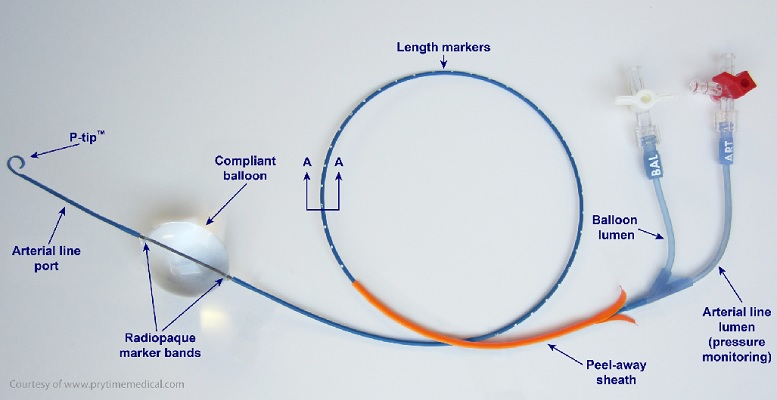 The ER-REBOA device (via MUHC)

Instead of the usual relatively slow and invasive procedure of cutting open the patient to get at the Aorta, the REBOA is inserted into the major femoral artery in the groin and fed up into the aorta. Solution is then pumped into the balloon which inflates inside the aorta blocking blood flow.

From the battlefield to city hospitals

The device had its origins in the Korean war, but was refined during the Iran Iraq wars in 2006, and has been used by the Canadian military as well in Iraq.  The device is inserted about 28 cm into the aorta in most cases and can be used to stop bleeding in the abdomen and below while restoring critical pressure and flow to the heart and brain. In other situations say damage to the spleen or liver, the device is inserted higher up to about 46cm. 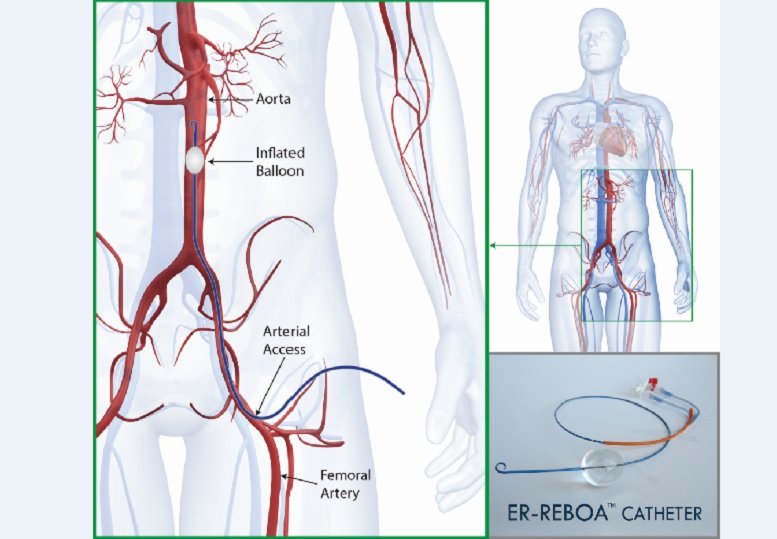 Diagram showing how the device is inserted and used (via MUHC)

The new device and technique was used in Canada in a civilian situation for the first time on two patients recently in Montreal.  Dr. Jeremy Grushka, and Dr David Bracco performed the operations.  In one of those cases the device was inserted and bleeding stopped in a mere 43 seconds. 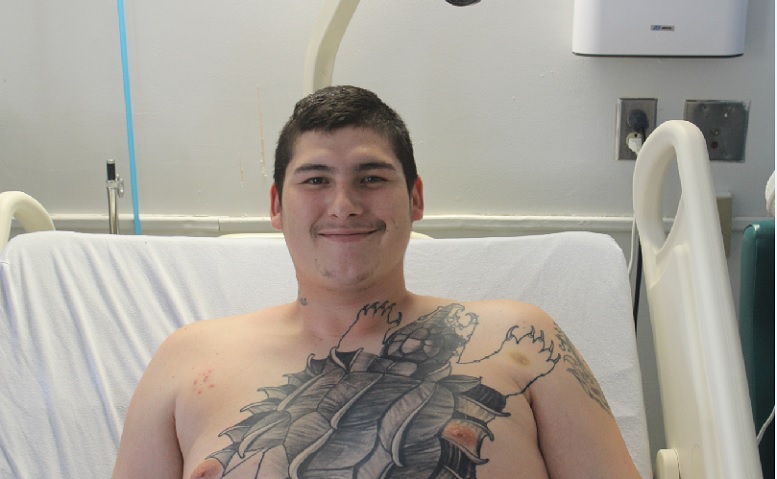 One of the first Civilian Canadians to benefit from the technique, 27-year-old Gaven Mayo of the Khanawake reserve south of Montreal had received a serious bullet wound to his leg. He had lost 80% of his blood upon arrival at hospital. (via MUHC)

The device also has wider implications in trauma care as Dr Beckett says it has been used successfully in obstetrics to control post-partum hemorrhage, which can be a fatal complication of pregnancy.

Dr Beckett, with his military surgical and trauma knowledge has been advocating for the device to be used in Canada, and approval was granted in October last year.

The first uses were in Montreal in May, and Dr Beckett and the surgical teams directly involved in those two cases say the device is nothing short of revolutionary.