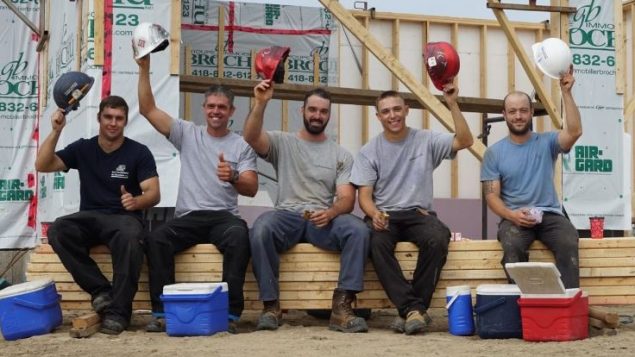 Construction workers ready for the annual vacation that is a 47 year-old tradition. (Radio-Canada/Marc-Antoine Lavoie)

The Construction Holiday in Quebec is an annual event every summer that takes thousands of people out of the province for two weeks.

According to a compilation of facts and figures assembled by the Montreal Gazette newspaper, 151,269 construction workers collected their vacation pay this year.

Twenty per cent of the workers remain on the job to complete “emergency, repair, maintenance and renovation work”.

Many other Quebecers, in businesses connected or associated with construction, also take their vacations at this time, with the result that border crossings into the United States often have lines of cars waiting to cross. 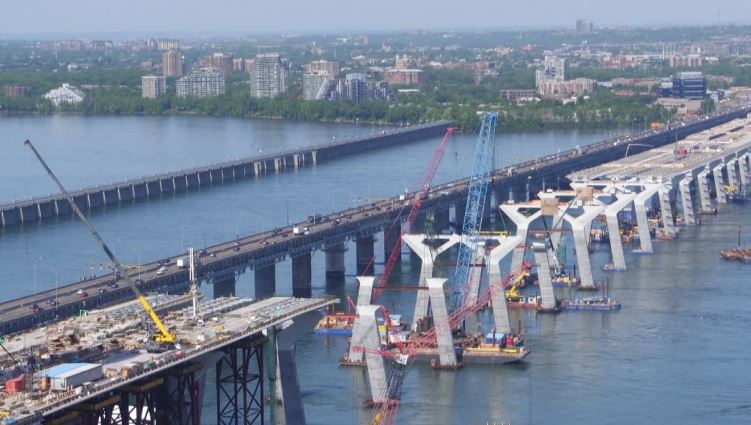 Construction workers left behind the work on one of the biggest construction projects, the new Champlain Bridge over the St. Lawrence River. (Radio-Canada)

Meanwhile in Montreal, traffic is much easier to navigate, although authorities warn drivers on the highways to be vigilant, as so many more drivers are moving around for different holidays.

(With files from Radio-Canada and the Montreal Gazette)