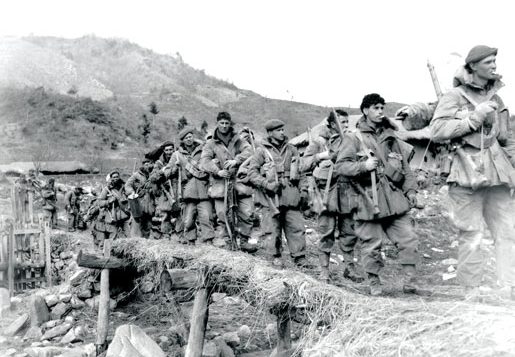 Canada will honour the ultimate sacrifice of 516 Canadian soldiers killed on the battlefields of the Korean Was as the country marks today the 65th anniversary of the armistice that ended the fighting but is yet to result in a formal peace treaty between the two Koreas.

More than 26,000 Canadians fought in the Korean War from 1950 to 1953 in what is arguably one of the least known Canadian military engagements among the larger Canadian public.

The communist troops rapidly advanced southwards trapping South Korean and American troops in a small perimeter around the port of Pusan. 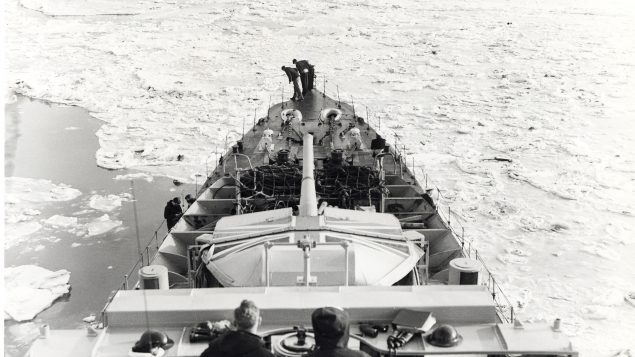 The United Nations was quick to respond and immediately encouraged its members to support the South. Canada was among 16 nations, including Great Britain, Australia, India, New Zealand and South Africa, that responded to the UN call to send troops to Korea.

China entered the war on the side of North Korea in the fall of 1950.

The Royal Canadian Navy’s warships Her Majesty’s Canadian Ships (HMCS) Cayuga, Athabaskan, and Sioux were in theatre by August 1950.

By April of that year Canadians were involved in fighting to holding back both the Chinese and North Korean advance in the Kapyong Valley, alongside their American, Australian, New Zealand, and British allies.

“Canadians served on land, in the air, and at sea, and often fought in conditions that recalled the horrors of the First World War,” Trudeau said. 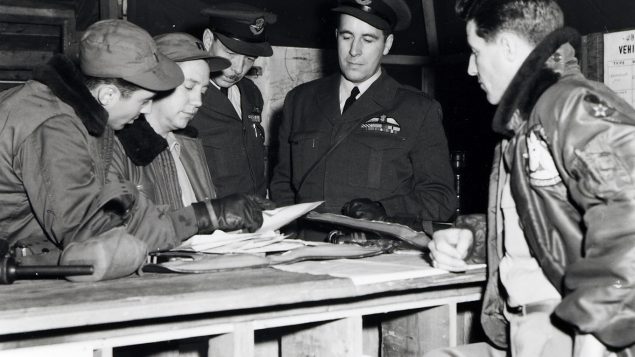 Members of RCAF 426 Squadron chatting with Canadian pilot attached to the US Fifth Air Force, at an air base in Korea, March 21, 1951.
(Photo: Library and Archives Canada PL-52187)

Canadian fighter pilots would eventually serve on exchange duty with USAF squadrons, while No. 426 Squadron airlifted troops and supplies from North America to Japan.

During the first half of 1951 fighting stalled and armistice negotiations began in July. However, the negotiations achieved little initial success and the opposing armies continued to face each other in trenches with about a kilometre of no man’s land separating the combatants for the next two years.

“Soldiers endured extreme and unpredictable weather as dangerous as the enemy,” Trudeau said. “They fell asleep with water up to their chest, after monsoon rains melted their trenches into sludge and muck. During the winter months, they faced the constant threat of frostbite and hypothermia as bitter cold jammed weapons and turned rations into ice.” 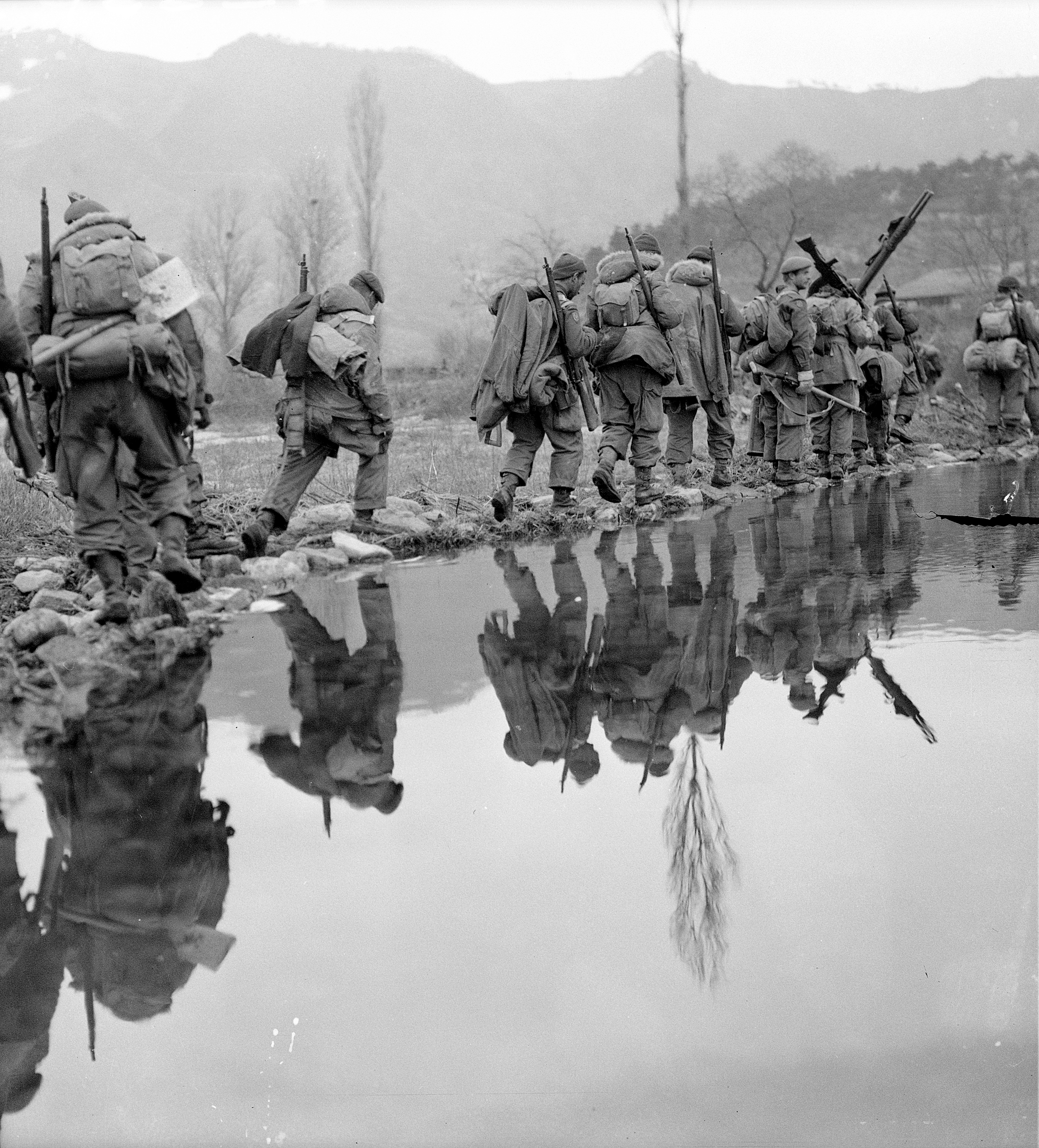 A company of the Princes Patricia’s Canadian Light Infantry moves in single file across rice paddies as it advances on enemy positions across the valley, March 1951.
(Photo: Library and Archives PA-171228)

Over the course of more than three years, the Korean War claimed millions of lives, many of them civilians.

The armistice was finally signed on July 27, 1953 in the village of Panmunjom.

About 7,000 Canadian troops would continue to serve in Korea in peace support roles after the signing of the Armistice, the last of them departing in 1957.