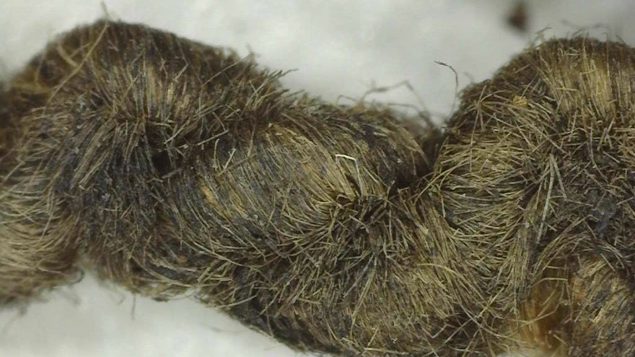 New research has put the lie to a theory that Norse people from Iceland and Greenland taught the ancient Thule and Dorset people in the Canadian Arctic how to spin yarn. New technology to date artefacts shows that the ancestors of the indigenous Inuit people were spinning yarn and sinew centuries before Vikings arrived in the Baffin Island area.

The problem has been that dating artefacts has been difficult until now. “Material and dating in the Arctic has always been a problem,” says Canadian Michèle Hayeur Smith, a research associate at  at Brown University in Rhode Island, U.S.A. and lead author of a recent paper on this research.

“The Inuit subsistence strategies were all based on hunting of whales and seals. A lot of the oil ends up permeating sites. And basically…it skews the dates and it can add anything between 400 to 800 years on a date that you would obtain.” 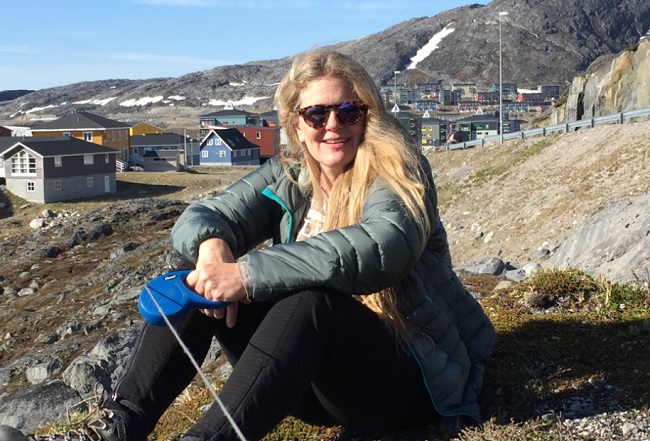 Michèle Hayeur Smith has studied Norse textiles in several countries and says it was natural for her to help solve questions about ancient yarn technologies in the Canadian Arctic.

Norwegian colleague Gorill Nilsen devised a way to clean the oil out of fibres found by archaeologists and they were then able to get a more accurate read on the dates that the items were created. “The oldest yarn we got came from a site called Willows Island and dated between 50 BC and 50 AD which is much, much earlier than the Norse who were in the area between the 10th and the 15th century. We also found a piece of sinew which was even older than that.” 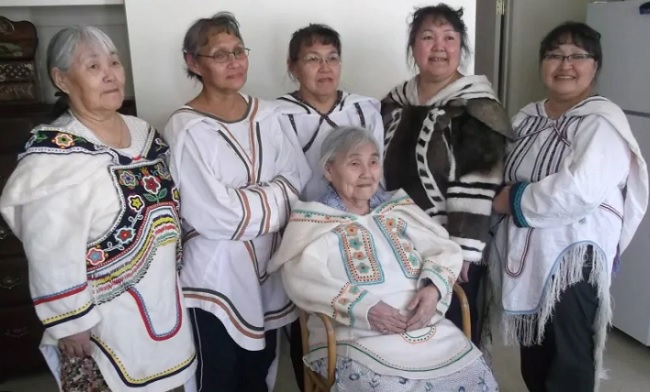 Given the examples of the ‘extensive’ sewing technologies of present Inuit women, Michèle Hayeur Smith says it would have been surprising that their ancestors did not know how to spin. (submitted to CBC by Kataisee Attagutsiak)

Smith, who has extensive experience studying Norse textiles, says she was not surprised by the revelation that the Paleo-Inuit had developed spinning skills long before the Norse arrived. “If we look at the not-so-distant past and even the present, the extensive sewing technologies and techniques that you find among our arctic peoples is astounding.

“The kind of work that the women did stitching…It would be kind of surprising that they wouldn’t have known how to spin because they do make their own threads as well, usually out of sinew but also out of yarn.”

The new technique for dating artefacts in the Arctic could dramatically change the interpretation of the past life and culture of the early indigenous people.

The research findings were published in the Journal of Archaeological Science.