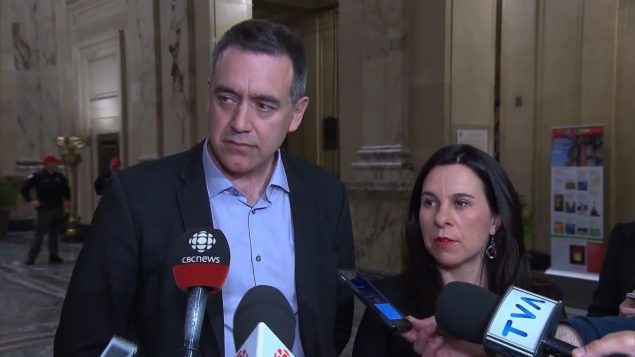 Alex Norris and Mayor Valerie Plante (shown in March) got the unanimous consent they wanted at Montreal city council Monday night to back a declaration urging the federal government to ban handguns and assault rifles across the country. (Radio-Canada)

Montreal’s city council voted unanimously Monday for a motion that calls on the federal government to ban handguns and military-style assault rifles across the country for anyone other than police officers or members of Canada’s Armed Forces.

The declaration also says Ottawa should tighten up screening restrictions to prevent suicidal, violent or unstable individuals from obtaining authorization to own a gun.

It’s passage was greeted by a standing ovation in the spectators’ gallery.

Proposed federal legislation, tabled in March, includes the strengthening of background checks, new stipulations about how firearms can be transported and mandatory record-keeping for sellers but does not prohibit private individuals from possessing assault rifles or handguns. 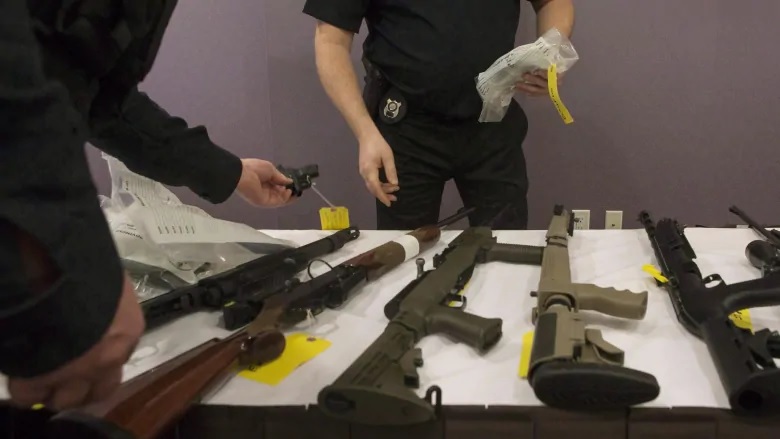 “These are weapons that are principally designed to kill human beings and we see no reason that law-abiding Canadians should be allowed to possess them,” says Norris, who presented Monday’s declaration.

When asked about Montreal’s gun control motion on Monday, Prime Minister Justin Trudeau said he’s “pleased” with C-71 in its current form but added that legislators are looking at possible additions to the bill.

On Tuesday, the federal cabinet began a three-day retreat Nanaimo, B.C., where the issue is expected to be discussed.

With files from CBC, CTV, CP, Globe and Mail