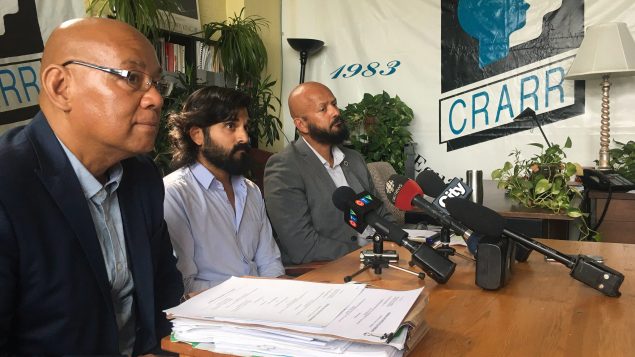 Julian Menzes, centre, is joined by Fo Niemi, left, the director of executive director of the Center for Research-Action on Race Relations (CRARR) and Alain Babineau, a law intern specializing in racial profiling with the group, at a news conference in Montreal on Tuesday, Aug. 21, 2018. In June, Menezes concluded a $25,000 settlement with the city over a racial profiling incident where he was taken on a so-called starlight tour before being dumped by police far from home. THE CANADIAN PRESS/Sidhartha Banerjee

A man of South Asian descent who was subjected to a living nightmare by Montreal police officers in 2012 has accepted a $25,000 settlement from the city.

Julian Menezes was driven around the city handcuffed but without a seatbelt in the back of a police cruiser in May 2012 and subjected to racial slurs as he was being slammed against the car’s windows.

He was then dropped off miles from home in the middle of the night with no money and a ticket for $146.

Menezes, a lecturer at McGill University who is now 36, told a news conference Tuesday he is relieved the case is done with.

“I thought I was a full and equal citizen,” Menezes told reporters.

“It strips you of your citizenship, it makes you feel like you don’t belong here.” 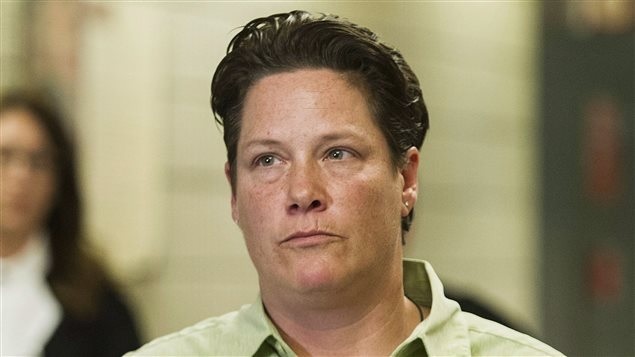 One of the officers involved in the incident was a notorious Montreal Police officer best known by her badge number, “Agent 728.”

Stéfanie Trudeau, who has since left the force, gained notoriety for a series of violent arrests that were caught on videotape.

She was convicted of assault for her actions, received a one-year suspension and quit the force in 2016.

Trudeau and another officer, Constantinos Samaras, originally detained Menezes when he tried to come to the aid of a cyclist who was being interrogated.

Samaras was suspended by the force for two days for allowing Trudeau’s actions to go unchecked.

However, the city challenged the award.

A settlement, which came with no apology, was reached in June.

Menezes said one of the reasons he accepted the lower amount was a promise by the city to mandate a study on racial profiling by the Montreal Police Department.