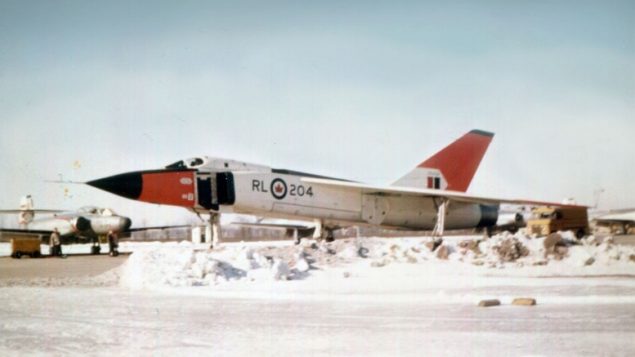 The CF-105 Avro Arrow retains a vivid place in the minds of Canadian aviation and aerospace buffs.

After an outstandingly promising start, the flying models, those under construction and all jigs and tools were suddenly ordered chopped up and reduced to scrap in 1959.

But the plane has never been forgotten.

There was great excitement this week when the first of several 1/8 scale flight test models had been recovered from Lake Ontario. The models had been launched from rockets out over the lake to test supersonic flight characteristics of the designs and modifications.

The search for the scale test models was made to find some vestiges of this fantastic, almost mythological plane.  But in the 1990s’ a group decided the public should see an accurate full-scale example.  A group of about 140 volunteers, some of whom had in fact worked on the original, began work on a full-sized replica. 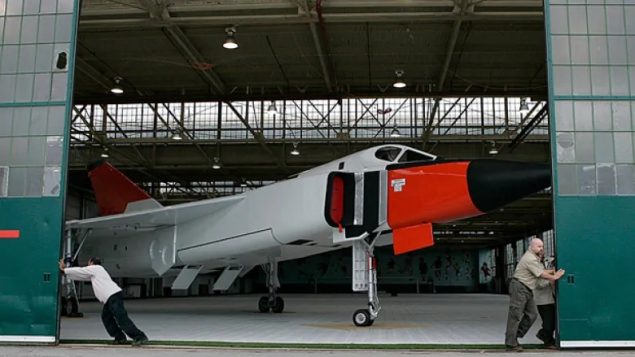 AFter years of painstaking work, the almost complete full scale replica is revealed in 2006. (CBC(

After seven years of painstaking work, the impressive replica, a full-sized model, was completed in Toronto near where the original plane had been created. It was rolled our for the public in 2006..

It was based on RL-203, the third and last flying Arrow, which was flown on the last day of testing prior to the destruction order. 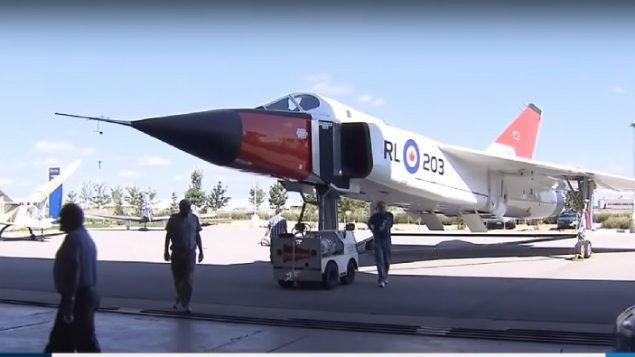 The replica, with markings to identify it as RL-203, at the Toronto musuem (via City News-YouTube)

For years it was on display at the Toronto Aerospace museum (Canadian Air and Space Museum).

However the museum was evicted in 2013 from its Downsview site to make way for an ice-rink complex.

The plane was partially disassembled for transport to another site at Pearson Airport in Toronto about 18 kilometres away and almost just as soon forgotten.

Some of those volunteers recently contacted a Toronto news outlet to express their concern. They found that the once beautifully striking replica had simply been pushed to the side at the corner of a lot at the airport where it had been sitting for years, exposed to the elements and deteriorating. 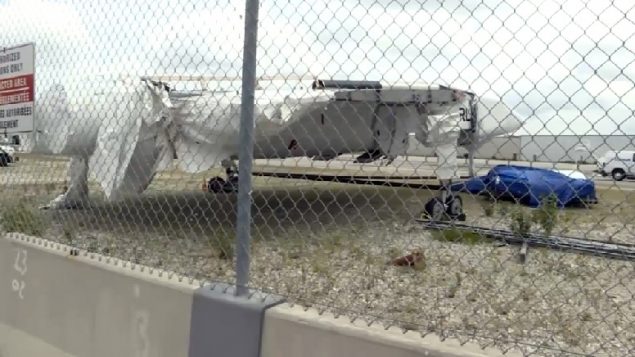 The once painstakingly created replica now sits forlorn and deteriorating in the elements outside at Pearson International Airport, Toronto (City News-Youtube)

Toronto Mayor John Tory was contacted by the Toronto Sun news service in 2017 and said he would try to find a home for it.

A year later, and another year exposed to the elements Mayor Tory was contacted this year by City News and said much the same thing.

Meanwhile the once impressive replica sits exposed in a confined closed off corner of the airport.