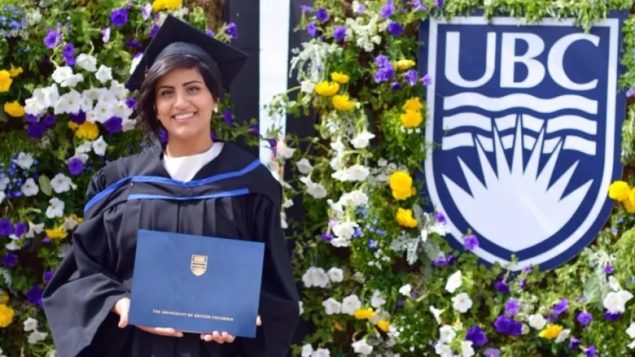 Loujain al-Hathloul graduated from the University of British Columbia in 2014 with a degree in French. (Facebook)

Amnesty International Canada is expressing concerns over the well-being of a Saudi woman with close ties to Canada.

Loujain al-Hathloul, a University of British Columbia 2014 graduate, was one of ten women rights activists arrested in May in a government crackdown.

The women have been subjected to a government-led smear campaign in Saudi media and there are fears for their lives as the government threatens to execute at least five of the activists, including Israa al-Ghomgham, who was arrested in 2015 along with her husband.

“To be honest, with every day that goes by our concern for the well-being of Loujain increases,” says Jackie Hansen, a women’s rights campaigner for Amnesty International Canada.

Al-Hathloul, who has been described as one of the most outspoken women’s rights activists in the kingdom, remains in custody has not been allowed to contact her family. 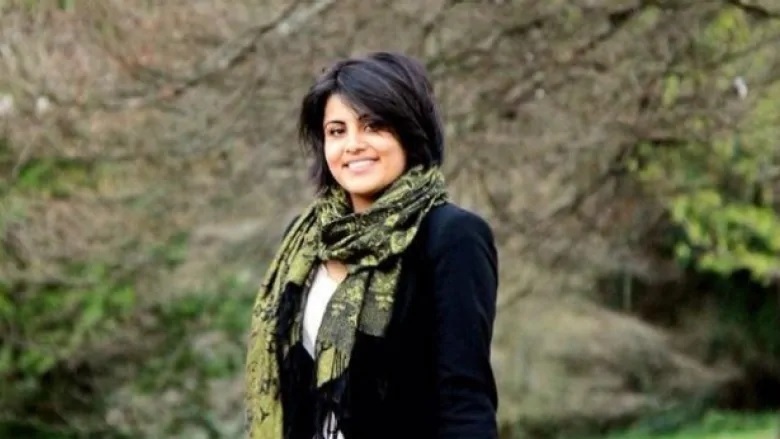 In 2014, she was detained for more than 70 days after she attempted to live stream herself driving from neighbouring United Arab Emirates to Saudi Arabia, in defiance of a ban on women driving in Saudi Arabia

The ban was lifted in June.

Sima Godfrey, an associate professor of French at UBC, told the CBC News in May that when Al-Hathloul was her student she spoke openly about her plans to return to Saudi Arabia after graduation and fight for women’s rights.

“She is a very tough person. She knew what she was risking there and was not afraid. If anything, she was sort of looking forward to the challenge — she’s not a shrinking violet by any means.”

With files from CBC, Toronto Star