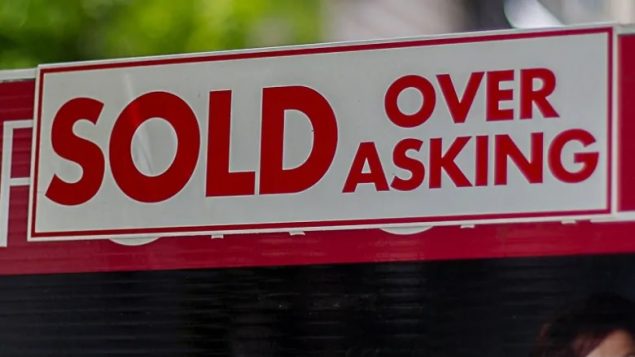 A sign becoming common in many cities in Canada. Toronto and Vancouver may be among the world's most liveable cities according to a survey, but many residents say buying a house, condo or even renting is becoming unaffordable, and transit and commuting too time consuming and also expensive, (David Donelly-CBC)

Canada: World’s best cities, but perhaps not so for residents

Three of Canada’s major cities made the annual “top ten” list of the world’s most liveable cities by the Economist magazine.

The list looks at 140 major cities around the world, and rates them based on 30 factors.

In their generalised form those criteria revolve around

A new Canadian survey however adds a nuance to the “liveability” rating. 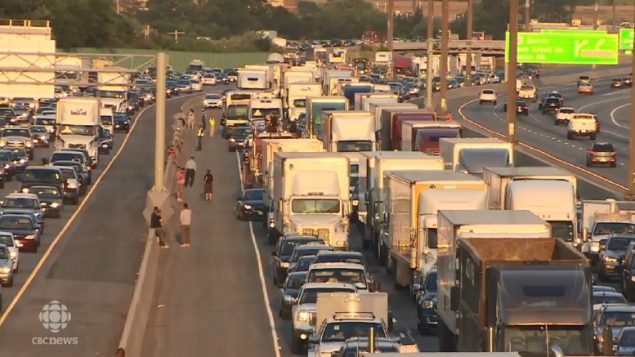 Traffic woes in Toronto. a regular sight, can add hours to a commute. Costs are high, and even public transit is getting too expensive for some. (CBC)

The Angus Reid Institute surveyed residents currently living in the two biggest cities, Toronto and Vancouver, and came away with a slightly less glowing image.

While Toronto and Vancouver are top-class cities by many standards, their new poll shows residents think that housing costs, both buying and renting, are becoming unaffordable and are hurting the cities, along with traffic and transit woes.

A majority of respondents say house prices, rents, and transit costs are causing them “pain”, and a majority now say they are either “uncomfortable” with the situation, or “miserable.  Many say those issues are forcing them to think of moving out of the cities.

In Toronto, excessive housing costs was rated as the major issue by 54 per cent of respondents, up from 36 per cent in 2015. 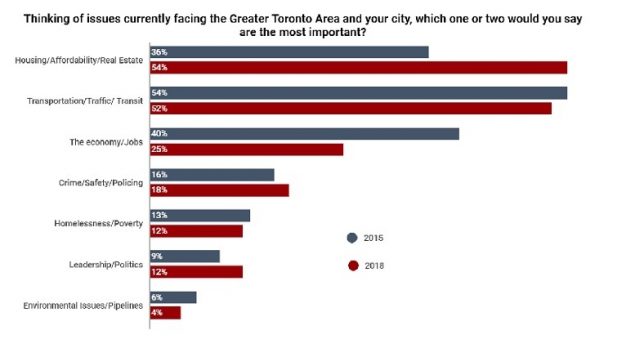 While low interest rates were listed as a factor behind high housing costs by 44 per cent of Toronto resident’s in 2015, that number fell to 30 per cent in the 2018 poll. The blame has shifted to foreign investors rising to 42 per cent, from 34 percent in 2015.

As for transit, 44 per cent in total said commuting was a problem but they couldn’t afford to move closer to work, a number which rose to 61 per cent of the group aged 18-34.

In Vancouver, high housing costs are blamed almost entirely on speculators. Almost  six in ten (59%) blame foreign buyers for driving up prices, while 43 per cent blame wealthy people in general. 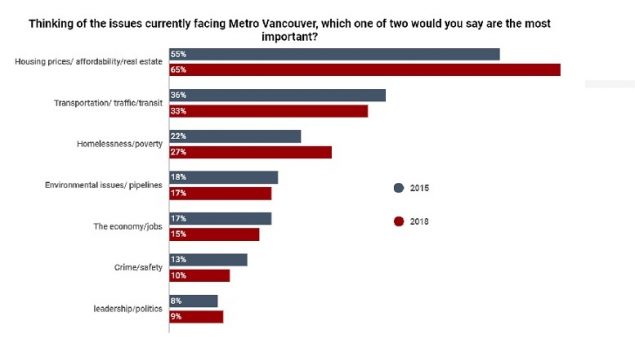