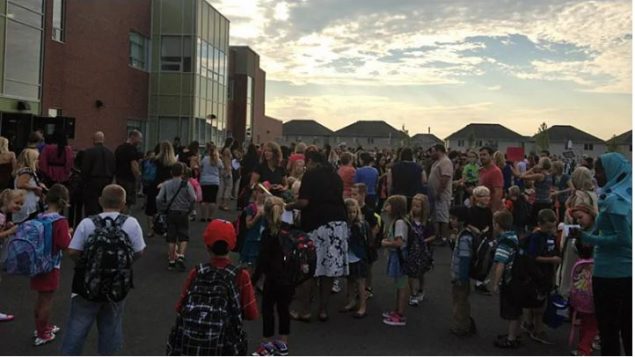 Returning to school began this morning in most elementary and high schools in the province of Quebec. (CBC)

Return to school begins in Quebec

Returning to school, that annual rite of passage from one grade to the next, is underway in the mainly French-speaking province of Quebec.

Elementary school yards were filled with children this morning making the transition from the two-month summer break, to classes and the routines of another academic year.

Next week, following the Labour Day holiday across Canada, students in the rest of the country will begin the new school year, from kindergarten, to the college and university level. 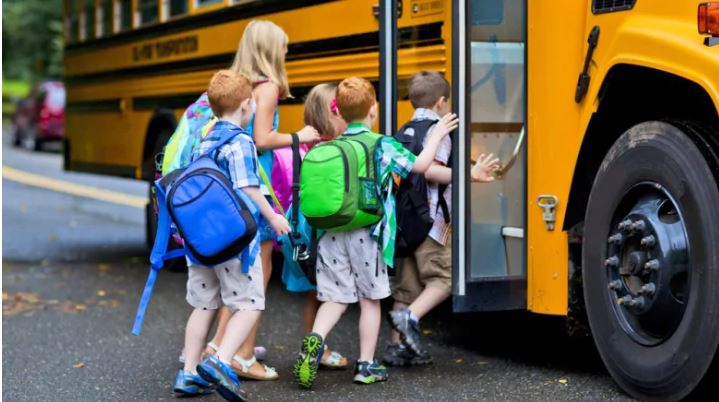 Returning to school begins with getting on the school bus for many children in the city as well as in the rural regions in Canada. (Shutterstock)

Increasingly over the years, however, record high temperatures have made the return even more of a challenge for many teachers, as most junior schools are not air conditioned.

In Quebec today and tomorrow, heat warnings have been issued by Environment Canada.

Temperatures are expected to peak in the low 30 C range, with humidex values approaching 40 C.

It will be up to the teachers to keep the students safe and hydrated.