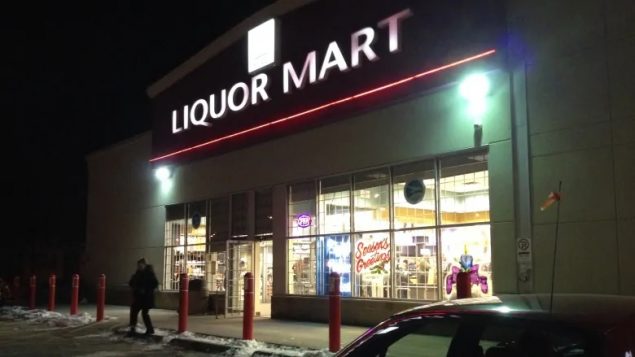 Manitoba government liqour stores are called "Liqour Mart". There has been a big spike in thefts this year. (Jaison Empson-CBC)

It’s become brazen.  People are walking into liquor stores, picking up some bottles and simply walking out without paying. The losses have become substantial.

In Canada, liquor sales are controlled through provincial government stores. The Manitoba Liqour and Lotteries agency reports losses so far in 2018 of $1.6 million retail value.

In the city of Winnipeg alone, there are reports of almost 1,300 incidents ion the past 12 months of people grabbing bottles of spirits and leaving without paying.

In August some teenagers stole about $4,000 worth of booze in a raid on one store, and then raided another for about $1,200 worth of bottles.  In that latter incident, and off-duty police officer approached the teens who then threw bottles hitting the officer in the head who suffered minor injuries.

The stores have security guards, but they’re told not to get physical with thieves or shoplifters. 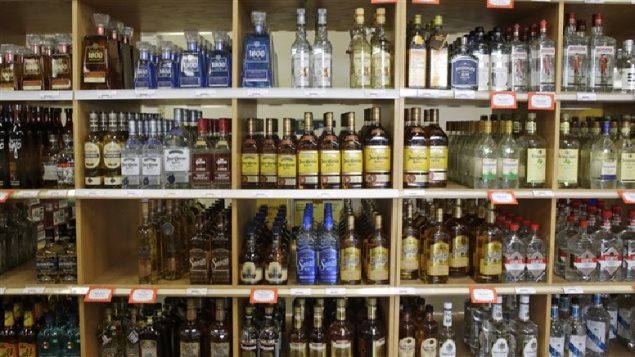 There have been almost 1,300 incidents of theft this year in Winnipeg alone. Thieves usually just pluck bottles of the shelf and brazenly walk out, although there have been more serious “raids” as well. (Rick Bowmer- Canadian Press)

In a statement to the Winnipeg Free Press, a spokesperson for the government agency said the security guards are told only to approach and encourage shoplifters to pay. The statement said the verbal approach is  “a method that is usually successful with the traditional shoplifter…. What we have been experiencing recently has been a completely different type of scenario. These criminals are brazen and dangerous when confronted, as seen in previously reported incidents.”

The statement also points out that the agency does not want staff to be seriously injured over the loss of a bottle of spirits.

The Manitoba, and other provincial stores acroos the country have a variety of surveillance cameras and the spike in thefts has caused a strain on police investigations.

Two 18-year-olds have been arrested recently. In separate and unrelated incidents, the young men would enter a store, gather a few bottles and simply walk out. One was charged with 52 thefts between  February and August, the other is charged with 80 thefts between March and September.