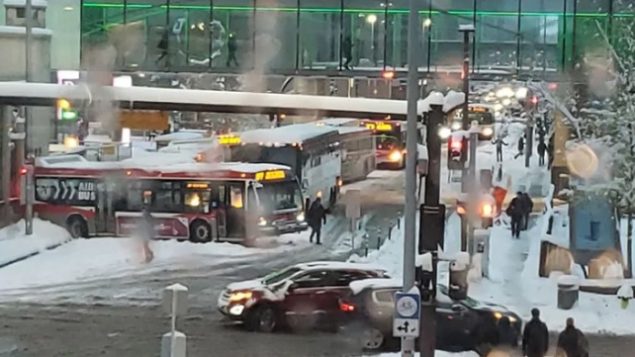 Buses skidded off the road in Calgary blocking traffic and forcing passengers to walk. (Daniel Avellaneda/CBC)

On paper, it is still autumn in Canada, but Calgary and other parts of the western province of Alberta got up to 40 centimetres of heavy wet snow, making yesterday one of the snowiest October days in over 100 years.

Now, Canadians know how to handle snow, but most don’t usually have to deal with it until November. That is when they change the tires on their vehicles and make ready snow clearing equipment.

Part of the Trans-Canada Highway was shut down stranding motorists for up to 14 hours. (Dave Gilson/CBC)

The early snow made roads and highways slippery. That and the lack of snow tires caused several multi-vehicle collisions in the province and one death. Some motorists spent up to 14 hours in their vehicles as some highways were closed. 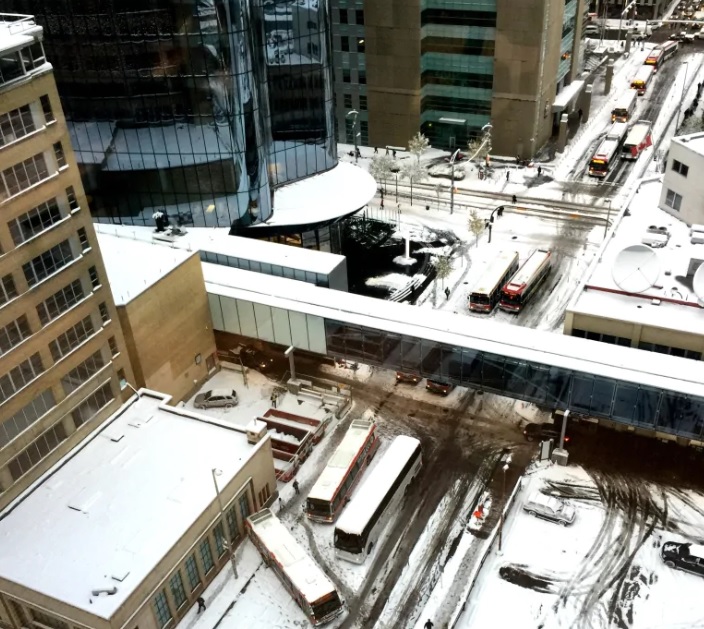 Snow is common in Calgary, but not in October. (Stephen Graham/CBC)

In Calgary, 80 buses got stuck causing traffic jams and forcing people to walk to work. Several cities sent snowplows to Calgary to help clear up the mess.

The images of all that snow surely sent a chill through the rest of Canadians as a grim reminder of what awaits them. 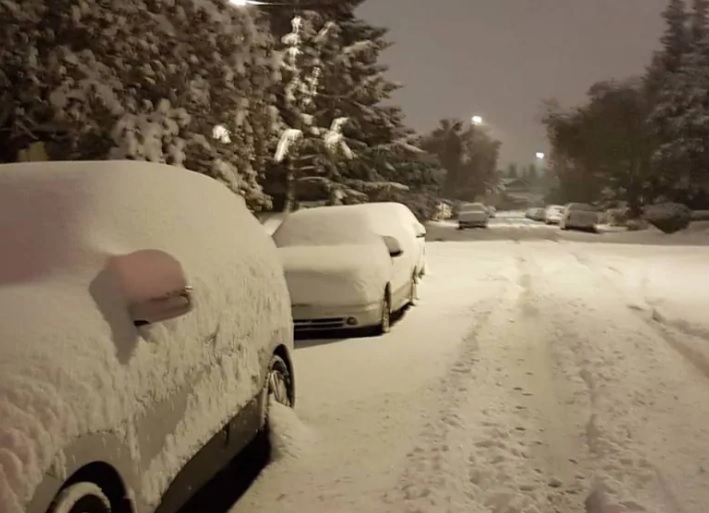 This is why most Canadians keep shovels in the trunk of their cars in winter and the wise also have a blanket, a snack and a candle. Most don’t put these items in their cars until November. (Sarah Lawrynuik/CBC)